THREE years ago, the Jepson Center exhibited "Monet and American Impressionism," a collection of work by American artists who were inspired by French Impressionists.

Now, the Jepson turns the spotlight back on the original inspiration with “Monet to Matisse: Masterworks of French Impressionism from the Dixon Gallery and Gardens.” 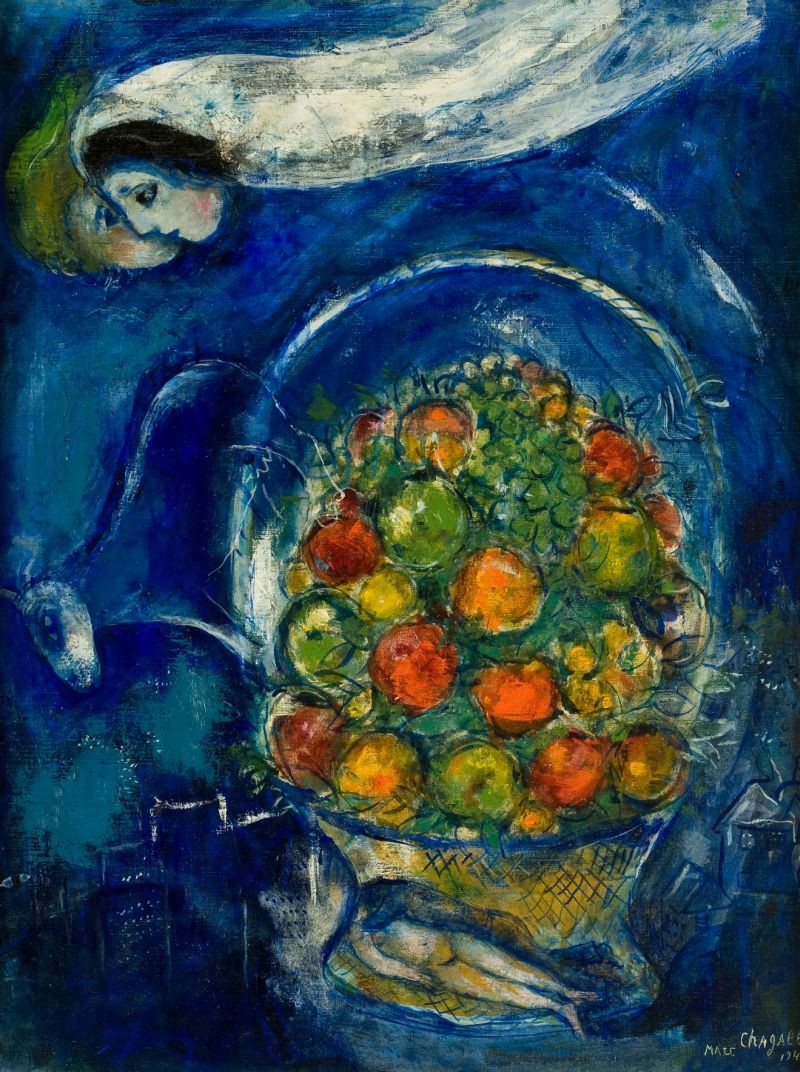 The exhibition opens Sept. 28 at the Jepson Center and includes important work by the biggest names in Impressionism, like Edgar Degas, Pierre-Auguste Renoir, and Paul Gauguin.

As Courtney McNeil, Chief Curator and Deputy Director for Curatorial Affairs, explains, the high level of interest in “Monet and American Impressionism” inspired this prequel.

“There was a huge level of interest in that exhibition,” McNeil recalls. “It featured four works by Monet, a French artist, and the remaining 35 were by American artists. People were interested in this idea of French Impressionists that caused a cascade of effects in the art world. For this current show, we started by looking at the later part of the story.”

Impressionist painters like the ones featured in this exhibition were interested in the way light interacted with their subject.

“They rewrote the rules,” says McNeil. “They saw established norms and didn’t like them. They had tremendous curiosity of the world, and a lot of it ties to scientific developments [of the time]. Scientists were learning so much about light and how the human eye processes light, and Impressionists were certainly aware of this. They were fascinated by this idea of how the eye absorbs light and the effects of it, and how they changed so dramatically in nature in a matter of scenes.” 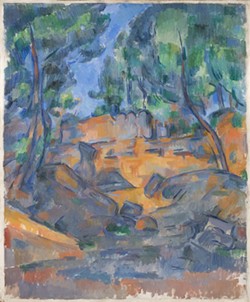 Paul Cezanne, "Trees and Rocks near the Chateau Noir."

“Monet to Matisse” also includes Post-Impressionism, an art style that injected color and emotion into the Impressionist works. That style verges into Fauvism, which translates to “wild beasts” in French because of their eccentric use of colors.

“[With] Matisse, for example, the work we have by him shows how his work was verging into Fauvism,” McNeil explains. “Fauvists were given that name because of the wild colors they used. Although the Impressionists were radical, artists are never satisfied unless they’re innovating, so the use of color got even more radical.”

The current exhibition is on loan from the Dixon Gallery and Gardens in Memphis, Tennessee.

“They have a spectacular French Impressionism collection from a collector who started collecting in the early 20th century under the advice of a French scholar,” shares McNeil. “The museum has augmented the collection over the years, so they’re really a hidden gem. It’s wonderful to have partners in the field, and for them it’s wonderful to show their collection to the millions of people who come through our city.” 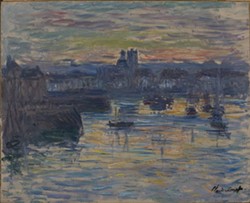 The exhibition also includes an interactive aspect, where visitors can use a remote to change LED lights shining down from the ceiling.

“If a colored light is shining, the complementary color is the color of the shadow,” McNeil explains. “It sounds weird, but when you see the image, it rings true!”

As of press time, the exhibition isn’t yet installed, but McNeil’s excitement is ramping up.

“We’re painting the walls, we’ve got the signage,” she says, “but, for me, the most exciting part is having artists of this caliber in our museum–I get to arrange Degas and Gauguin.”