Known for their quirky, chaotic style, Monsoon is a three-piece self-proclaimed “Vogue Rock band” fronted by Sienna Chandler on guitar/vocals, Roan O’Reilly on bass/vocals and Joey Kegel on drums.

“My drummer and I started Monsoon when we were 16 years old,” Chandler said. “We both attended a camp program in Athens that put a bunch of young teenagers together to play music. We knew of each other through the program but we never actually met while we were both attending. When I graduated I decided that I wanted to form a real band and I knew that Joey was the ‘bees knees’ so I got a hold of him to play with me.”

Chandler, who claims she was once deathly afraid to sing, had to get over her fear quickly when she had to step up as lead singer for the band.

“It’s funny I was actually morbidly afraid to sing. No one else wanted to do it so I had to break my fear very quickly,” she said. “I had absolutely no prior vocal training. I used to blast the B52s on long car rides and I tried to imitate the lead singer’s voice. So, I guess that’s where my singing style stems from, I just love anything from the 80s.”

Starting as a duo, Chandler and Kegel formed the band “Monsoon” and released their debut album “Ride A’ Rolla.” According to Chandler, a few months after the release, the band was contacted by Toyota who was interested in using their title track for a commercial.

“Toyota wanted to use our title track for a Toyota Corolla commercial,” Chandler said. “The placement landed a spot just after the 2016 Super Bowl half-time show. It was crazy, I don’t think we had any idea that something of that magnitude could happen at such an early stage in our career.”

After releasing “Ride A’ Rolla”, the band went on a hiatus for several years before getting back together and adding the addition of Roan O’Reilly on bass. They are set to release their newest album “Ghost Party” in early 2022.

“With Ghost Party we added in mass harmony sections and it’s a very personal album,” Chandler said. “We are every voice and every instrument on the album. Joey mixed the songs, co-produced the harmonies, and engineered many of the sections on the record. I wrote and arranged the songs, produced harmony sections, and am in charge of creating our music videos- writing, directing, editing footage, SFX makeup, everything except holding the actual camera.”

Joining Monsoon will be new fellow Athens five-piece rock band Heffner and Atlanta-based Wieuca who formed in 2012 in Athens. Chandler said she’s looking forward to touring with bands from her hometown.

“I’m super excited to be able to tour with our friends! I’ve known them for quite a long time now, we all met playing through the Athens music scene. We’ve always supported each other’s musical efforts so it’s awesome to be able to play in Savannah together! I know we’re all looking forward to the return!”

Will Ingram, lead vocalist and guitarist for genre-bending rock band Wieuca, said the band enjoys a wide-range of musical styles and incorporates many of those into their music. He credits growing up as the first generation with mp3s as the reason why.

“From what I can gather, we were the first generation where it was normalized for the casual music listeners, not even superfans, to own rap, reggae, country, classic rock and alternative music,” he said. “We like a lot of different styles, and really enjoy the challenge of playing as many of them as we can while maintaining our singular identity or perspective. Our work focuses on how confusing the world is, and how objective (uncontaminated) reality is impossible for us to perceive. So, the overstimulating style-switches are meant to convey that along with the lyrics.”

Wieucas wide range of musical styles has led them to collaborate with indie musician Faye Webster as well as rapper and Awful records founder Father. The band has also played opening slots for Reel Big Fish and Dem Franchize Boyz. Their newest album “Burning Platform” was released at the beginning of Oct. and Ingram describes it as “a supremely diverse and borderline jarring foray into an alternate universe where ugly is beautiful, good is evil, and death is life.”

“We’re really proud of “Burning Platform.” It’s a great album that contains enough styles that you’re sure to love something in it!”

The third Athens band joining the show is five-piece rock group Heffner. According to their bio, Heffner combines 21st century power pop, classically aggressive post punk, and sections of 70s glam. They are touring with the hopes to promote their self titled debut album that was released this past summer.

The triple show will kick off on Thurs., Nov 11 at 8 p.m. at El Rocko Lounge. To purchase tickets or for more information visit eventbrite.com and search for the bands. 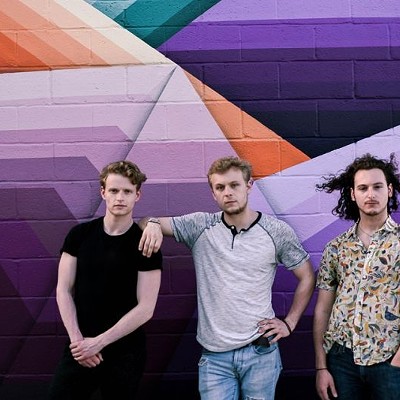 Third time's a prom at El-Rocko 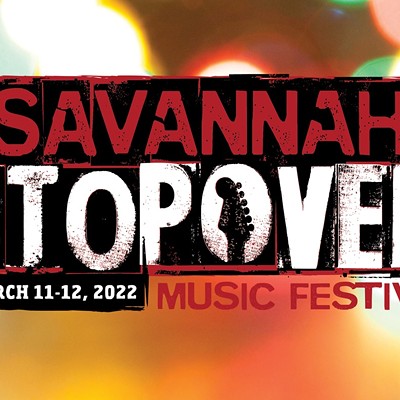