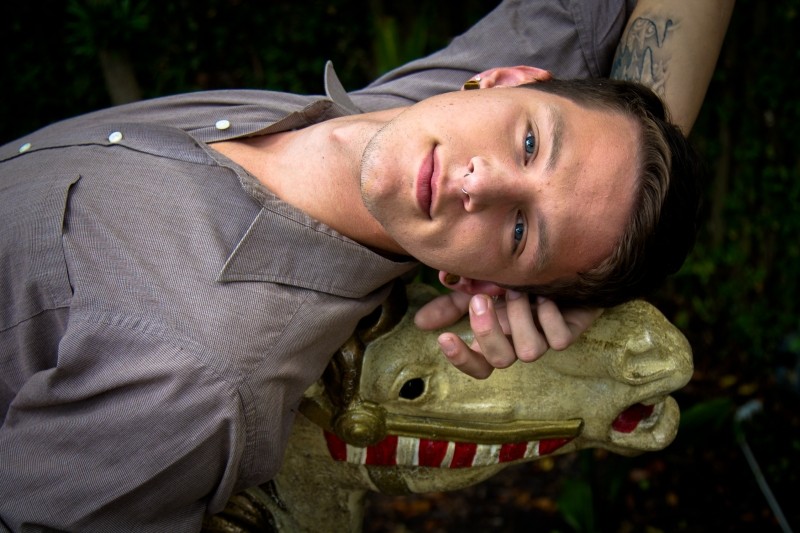 HE tops out at 6'3" with his boots on and possesses a pair of eyes so blue they'd make Sinatra jealous, so it's no wonder a'tall that Savannah's got a crush on Jon Taylor.

It might also be his moves: You may have caught his sexy policeman act with The Savannah Sweet Tease Burlesque Revue or as House of Gunt’s blond bombshell Rachel Fauxrelle, and the performer known as Jack N. ThaCox recently slayed crowds at NYC’s Boylesque Festival earlier this month.

The 23 year-old hottie first came to Savannah to study Illustration at SCAD, but since graduation he’s been taking a much-needed “mental palate cleansing,” which consists mainly of nurturing his succulent garden and enjoying the sunshine in as little clothing as possible. (His glorious plant and reclaimed vinyl sculptures can be found around town under the name Plantasia.)

Yet underneath the flamboyant, hip-swiveling persona lies a thoughtful young soul who harbors a deep appreciation for life’s tenderness (as well as a fascination with sad clowns.)

Says one unnamed suitor: “He’s got something that a lot of people in their 20s don’t have. There’s something very accepting and open-minded about him—he’s a come-as-you-are kind of person.”

Taylor attributes his irresistible charisma to his “badass” parents, who raised him to be comfortable in his own skin.

“I suppose I’m always myself whether I’m on stage or on the street,” he shrugs with a seductive smile. “I think people are attracted to that.”

Potential beaus, take note: He likes his coffee with a little cream, no sugar. Adoration of his cat, Pugsly, is non-negotiable.

But please don’t mistake the man for a player. Though he may make all the boys and girls swoon, Jon Taylor is no Casanova.

“I’m really just searching for serious relationship with an honest man,” he confesses. “Performing can be very lonely. I’d like someone to see me through all through it all.

“If I could find a clown, that would be amazing.”