MOUNTAINFILM SAVANNAH, the local stop for the long-running film festival Mountainfilm, has been bringing thought-provoking, powerful films to town since 2009. This year is no different, with a selection of films that span genres.

Rees’ Ashes to Ashes highlights the friendship between Winfred Rembert, an African American man who survived a lynching attempt, and Dr. Shirley Jackson Whitaker—an artist who created a ceremony to mourn and honor those who were horrifically lynched during the Jim Crow era and never received a proper burial.

We caught up with the festival’s director Lesie Carey, as well as Rees. 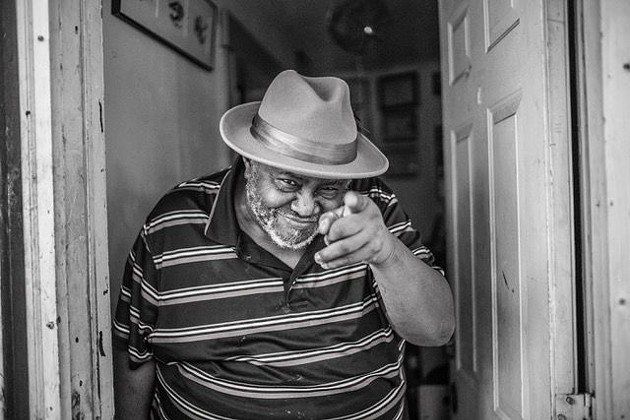 Leslie Carey on Mountainfilm’s mission, and how Savannah fits the festival’s mold:

“We are using film to inspire people. The documentary films we screen feature people who overcome barriers and defy the odds. I think there will always be an audience for movies designed to enlighten, empower and uplift us,” Carey says.

“We always say you can go around the world in a Mountainfilm screening. Our films allow audiences to explore different cultures and go on adventures. But what they do best, is inspire us. They make us want to do more and to be better. They celebrate the indomitable human spirit.”

Carey on being part of the festival and their educational program:

“I’m like any other Mountainfilm audience member, I think--I leave the festival feeling inspired and invigorated. Inspired to find a way to make change; to make the world better. And ready to plan my next adventure! But I feel really lucky to be a part of our educational program, Movies that Matter. Seeing middle and high school students respond to these films— and interact with the film guests-- is quite moving,” Carey says.

“This year, students will meet brothers Dr. Richard Antoine White and William Smith from the film R.A.W. Tuba. White and Smith, who grew up intermittently homeless in inner-city Baltimore, are now accomplished musicians. Dr. White is a world-class symphony musician, professor and the first African American in the world to receive a Doctorate in Music for Tuba Performance. His brother William, whom he met as an adult, is a rapper. The brothers will perform for the students and do a Q&A with them.

In just the past three years, we have doubled the number of students participating in Movies that Matter and last year, we screened films for over 4,500 students; this year, we hope to reach 5,000!”

Taylor Rees on the friendship between Winfred Rembert and Dr. Shirley Jackson Whitaker that sparked the film:

“My first impression was, well, joy. An unbelievable joy. Both Shirley and Winfred work deeply in this cultural history space - its darkest parts - and yet they carry with them in their hearts such a lightness, playfulness, and openness to life and those around them,” Rees tells Connect.

“As I learned more about the work itself they create, for education and healing and culture, I was astounded. It was a huge honor to be asked to help share their stories.”

Rees on what she learned through Rembert about the horrors of the Jim Crow era:

“What Winfred’s story really helped me to understand was the way state-sanctioned violence against African Americans evolved after the abolition of slavery, through Jim Crow, seamlessly into the 60s when Winfred was hung by a Lynch mob and assaulted, and right through to today. The ways in which police participate in these forms of violence has changed but the underlying problem hasn’t,” she says.

“Winfred’s story helped me to bridge the gap and better understand what’s happening today in our country. And also, the lasting effects this kind of violence or even a general fear for safety can have on human beings.”

Rees on why Ashes to Ashes was an important story to tell:

"I think it's beyond important for us all to have a more humanized understanding of this part of our history, and Winfred offers us that gift with his willingness to share what we went through. Shirley and her ceremony is the other side of that coin, taking the personal and bringing it up to scale, explaining the full history. It's worth clarifying that I did not necessarily seek this story out," Rees says.

“As a white woman, I actually went through many stages of consultation and story advising with friends of mine - black writers and directors - assessing if I should even take this on and once I did, how to make it a more collaborative process and approach the story with the right sensitivities. So while I knew it was an important story I also knew it was important to tread thoughtfully in the documenting and sharing of it.”