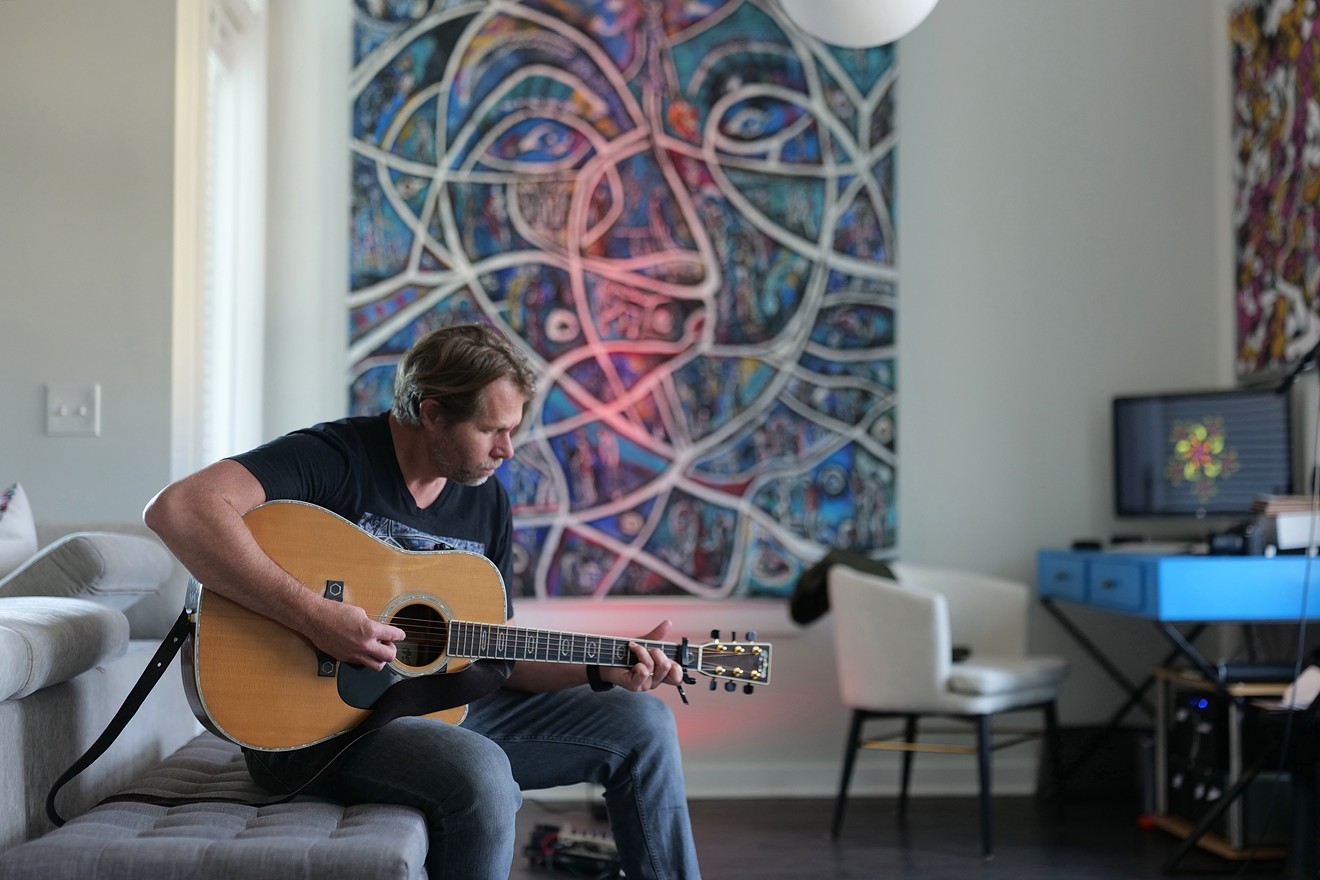 Photo by Jennifer Maring
Charles Maring focuses on performing his songs.
“If you told me six months ago that I’d be living in Georgia, I’d say you were crazy,” said artist Charles Maring. “But here I am.” Maring is an artist with an impressive international resume who has lived and worked primarily in the northeast. When New York shut down due to the COVID-19 pandemic, Maring and his wife embarked on a trip along the East Coast. The two eventually made their way to Savannah, fell in love with the city, and decided to pack their bags and move. Maring said he loves that Savannah is diverse, walkable, livable, has a pulse and has a vibrant art scene. “It has an energy here,” he said. “In that way it reminds me of New York.” Much like Savannah’s diverse art scene, Maring’s work spans across multiple mediums and styles. “I like to say that I’m working at the intersections of fine art, photography, music and fashion,” he said. “The way I see it, it’s all overlapping in this beautiful way.” His first major ode to his new life in Savannah is a new song called “Savannah Sky” that will be released on June 18. “It’s hard to find the energy to create sometimes,” Maring said. “But this particular song, I’m just so moved and inspired by what I’m experiencing right now that I felt like it was something I should write.” The song features a rhythmic guitar riff paired with drums, bass, some strings, an organ and a piano. The sounds blend together into a reflection of Maring’s perspective of life in the Hostess City. “I wanted to bring in something that kind of had a haunted feel to it. I added some effects to the guitar to bring a spooky feel,” Maring said. “It’s mostly about the feeling that I have when I’m here.”
click to enlarge

Much like Savannah’s diverse art scene, Maring’s work spans across multiple mediums and styles. This one is called "The Inside Out" and is oil on canvas.
Maring said he hopes to soon be performing original music live in venues around the city, combining it with some of his digital artwork. “Part of what drives me is the visual side of music,” Maring said. “I’ve created this live performance scenario where I have animated, music video-type of content playing behind me. It gets projected behind me, and then I tell the story from an acoustic songwriter point of view.” The idea of making art an experience, combining multiple mediums, is what Maring said his work is all about. For example, Maring explained he loves creating one giant, stand-alone painting. However, he is fascinated with all the possibilities that come after that painting is complete. “I can take that painting and photograph it, or I can turn it into something people can wear,” Maring said. “Now, the whole world is my gallery.” Ultimately, whether it’s photography, videography, painting, fashion design, or songwriting, Maring said he wants his work to get people thinking and bring them happiness. “Storytelling is the heart of it all,” he said. “It’s just joy. I’m spreading joy one way or the other. If I’m doing it right, then I’m creating something that people experience in an emotional way.” Maring said he knows Savannah - and her Southern hospitality - will continue to influence his work. “The people here are incredibly kind,” Maring said. “I’ve made an enormous amount of friends in the short time that we’ve been here, and I find that absolutely mind blowing. The people inspire me, the scenery. The skyline is amazing. The sunrises, the sunsets, the beach. There’s tranquility here.” Maring plans to release a new single every month or so. You can get an early listen and check out his entire portfolio at charlesmaring.com. You can also find him on Facebook and Instagram. 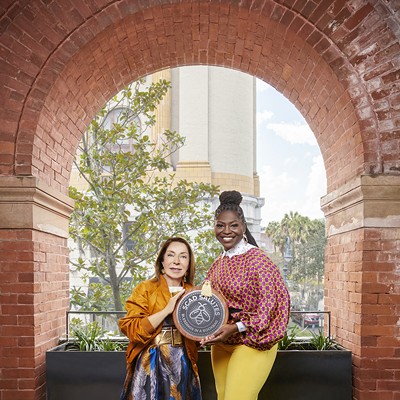