Murder By Death: Still Killing It

Murder By Death, Devil At My Side

$15 advance via frontgatetickets.com, $20 day of show

ADAM TURLA is drawn to the renegades, the rule breakers. He's told their stories for 14 years, while his band, Murder by Death, has shown the world that indie musicians can survive—and thrive—by refusing to adhere to anyone's standards but their own.

“A lot of bands, when they are coming up, are part of a genre or scene, and that scene explodes into the mainstream,” says Turla.

“And the bands have a chance to go for it. It’s like, ‘we gotta represent this scene, we gotta make a record that speaks to people right now, we gotta write this single to get in front of people,’” he says.

“We’ve never had any reason to do anything other than what we feel like.” 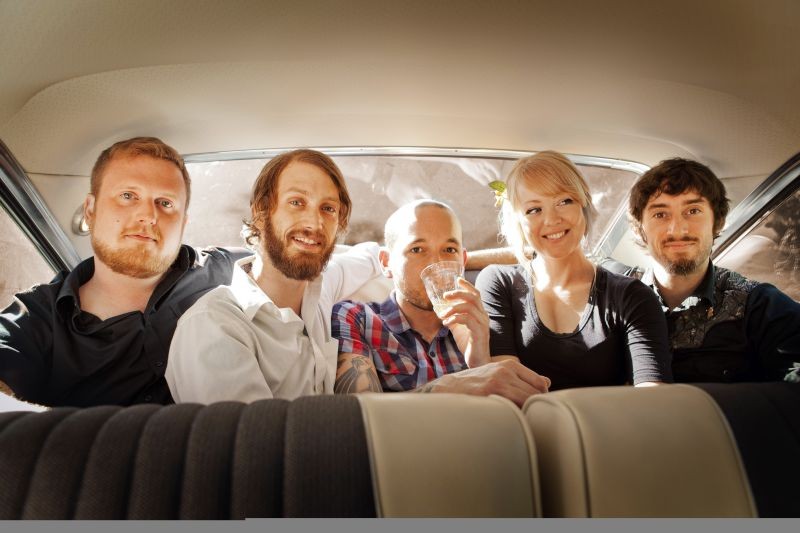 “What they feel like” has garnered them a wonderfully diverse cult following. Go to a Murder by Death show, and you’ll be surrounded by old punks, college radio DJs, folksters in circle skirts, men in work boots and Carhartts. Even your homebody older neighbor, as I once did.

That’s the beauty of Murder by Death: they evoke so many influences and genres, weaving dustbowl stories, Western influences, folk, punk, and Springsteenisms together, that it makes you realize how trite a concept “genre” really is.

Through road warrior touring, running the band’s business, art, and production, and maintaining a close relationship with their ferociously loyal fans, they haven’t lost sight of their raison d’être.

“Our motivation has never changed,” says Turla. “When we started this band, we didn’t intend to still do this now. We did it to be exciting and creative and fun.” 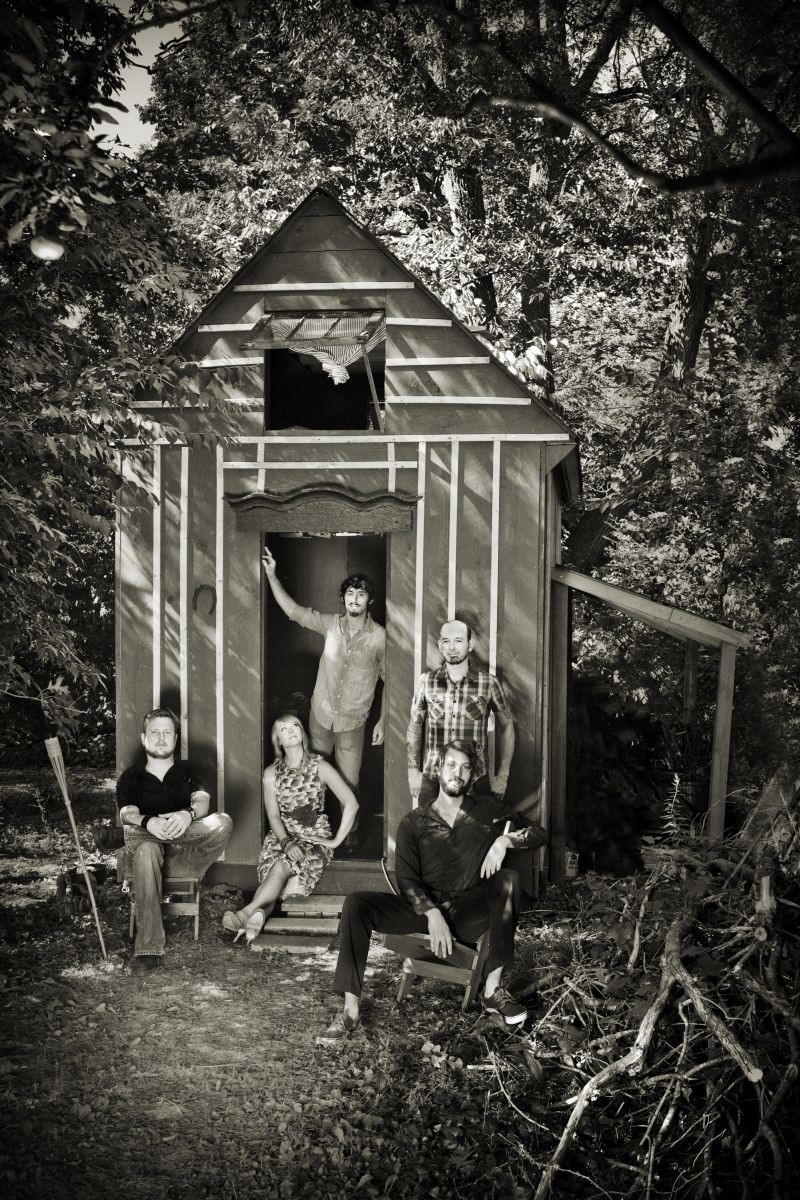 They met as college kids at Indiana University, and, as the band grew, continued to use their college town of Bloomington as home base. Recently, Turla and his wife, Murder by Death cellist Sarah Balliet, relocated to Balliet’s hometown of Louisville, Kentucky, and decided to cut back on their heavy tour schedule.

“We’re going to be selective with how much time we spend on the road,” he says.

They’re already taking advantage of their time off; when I spoke with Turla, he and Balliet were gearing up for a four-day educational retreat, ready to learn how musicians can embrace charity through their work.

An open schedule also allows the band to expand upon Turla’s concepts for immersive, experiential shows. Turla, who praises David Bowie’s artistic control over every aspect of a concert’s production, is giddy discussing the band’s second annual Stanley Hotel weekender.

An idea from a few years back came to life last January: Murder by Death performs at the haunted hotel (which inspired The Shining) to a sea of fans decked out in period garb. After a long set, they hang out with fans ‘til they shut the bar down.

“We announced two shows last January, and they sold out instantly, so we added a third show, and it sold out within 24 hours,” Turla says. “It’s a really positive event, and just for fun. That’s what entertainment is all about.”

The tour breaks are also essential to Turla’s process.

“On the road, there’s no time to make things,” he explains. “You have to specially take time off to write. If you’re just recovering from getting back from tour for two months, you’re not particularly inspired. You want to put the guitar in closet and do nothing about it for a couple of weeks.”

He’s found ways around it in the past, like retreating into the Smoky Mountains for a two-week solo camping trip to write Good Morning Magpie.

“It’s something I know about myself: if I’m by myself, I will produce something, if not just to entertain myself while I’m bored alone,” says Turla.

He’s fond of the mentality that “the songwriter builds the house, and the band decorates it.”

Turla begins with melody and lyrics and works with Balliet, bassist Matt Armstrong, drummer Dagan Thogerson, and pianist/mandolinist/banjoist/vocalist David Fountain on the intricacies and overall feel.

Setting out to make a “hit it and quit it record,” the follow-up to 2012’s Bitter Drink, Bitter Moon clocks in at just 10 tracks.

“I scrapped the most songs I’ve ever scrapped for this record,” Turla says.

Each of Murder by Death’s LPs has its distinctions. Good Morning Magpie’s fan favorite “As Long As There Is Whiskey in the World” could have been torn from the pages of an English drinking songbook.

Bitter Drink, Bitter Moon’s “Lost River” has a folkier, roaming ease about it, with an emphasis on layering and harmonies. The band approached the new record keeping in mind that record’s big sound and subtle details, and 2008’s Red Of Tooth And Claw’s spirited immediacy.

“Red of Tooth and Claw is the best one we have. You put that record on, and it starts moving at the beginning, and when it’s over, you’re surprised that it’s already over. It never really lags,” Turla says.

“There’s more instrumentation on this one, a lot more drama—moments where it’s really bare, and then it’s just pushing forward and moving, and then it’ll just explode open,” he says excitedly.

“Huge drums and strings spurting in your face, lots of lo-fi, hi-fi switching around. You’ll be listening and get used to a certain lo-fi tone of the song, and all of a sudden it’ll explode into hi-fi and completely change.”

Turla approached the new material focusing on evocative imagery instead of his signature straight-forward storytelling.

“This record’s way more about images and feelings that are created through those images,” he elaborates.

“We like darker material, we like misdirection with music,” he says. “One of my favorite things to do is to do a song where it seems like it’s really upbeat and major, but the lyrics are really dark. I like doing the flip-flopping where you’re sort of confusing the emotions instead of just doing an upbeat, happy song.”

The album’s in production right now, and details will be released soon.

Turla looks forward to returning to Savannah; they broke a long dry spell with their headlining slot at 2011’s Savannah Stopover, and their performance at The Jinx’s 10th anniversary party last year solidified them as a can’t-miss show.

“During the period between 2002 and 2011, we were just bogged down with playing a million places, and I wasn’t really creating the schedule,” he says.

By being more selective, the band can return to towns they love, like Savannah.

“I’ve said many times, it’s one of my favorite cities in the country,” says Turla. “Now that I’ve found myself having a little more time and control over the band, it’s been fun to be able to go back.”