The records that had the town talking

2017 BROUGHT new albums from some of Savannah’s most seasoned performers, fresh debuts, and more. Here, we look back at the records that had the town talking.

Kedrick Mack began working on his latest full-length back in 2017.

“I was writing and approaching with a nameless, faceless audience,” he told Connect back in January. “I wanted to make it feel introductory, but at the same time, I’m 33, I’m not a new artist. It can come out sounding kind of corny if you’re not a new artist but are trying to pretend you are. So I was trying to find the balance: the majority of people who hear this one out of everything I’ve done don’t know who the hell I am, and it’s going to be their first time hearing what Dope KNife is.”

The result? A character portrait rapped over, as Mack said with a grin, “some unapologetically boom-bap hip-hop shit.” For his original samples, Mack brought ilocal bassists, guitarists, and drummers into the studio.

This year, Dope KNife was named “Best Local Hip-Hop/Rap Artist” in the Best of Savannah awards for the second time. He also won “Best Local Music Video” for his “Name Up” video.

Savannah’s own Rachael Shaner released a stunner of a debut that blends folk, rock, blues, Americana, jazz, and roots music into a sonic landscape that’s entirely her own. Kingdoms Fall shows the span of her abilities, whether it’s building tension, creating sharp balance, or throwing the listener into sumptuous depths of layering. With her live band—Daniel Malone on drums, Alex Bazemore on guitar, Shaner on upright bass—Shaner has created a trio to be reckoned with.

One More Last Hurrah, In For A Penny

Beloved Irish punks In For A Penny received international acclaim for their eight-song album One More Last Hurrah. Fittingly recorded live in the back room of The Sand Bar on Tybee Island in a seven-hour blast (including their lunch break), the album honors Irish tradition while leaning into those Celtic punk influences and an embracing an undeniably wild and carefree Tybee vibe. 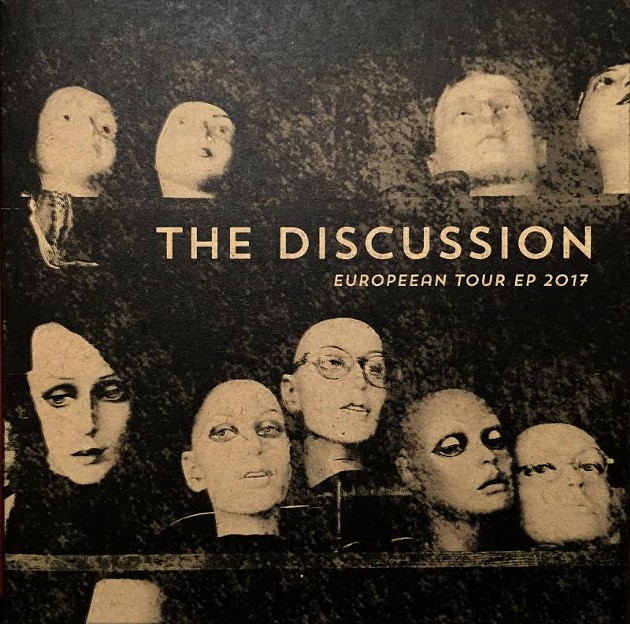 This year, Kylesa’s Laura Pleasants returned to the scene with a new band and new sound. Taking influence from psychedelic rock, post-punk, and Goth rock, Pleasants recorded the band’s debut EP for precisely what the title infers: An expansive European tour. Recorded through July and August 2017, Pleasants and drummer Richard Adams produced and engineered the EP with Pleasants performing on guitars, bass, synthesizer, and vocals and Adams contributing drums.

Garage-punks Rude Dude & The Creek Freaks released their full-length debut in July, reveling in their scuzzy, acid-dripped sound. Audiences can’t get enough. The album, recorded by Garden Giant’s Devin Smith, was released on a limited run of 100 cassette tapes.

Street Clothes’ super-catchy, melodic dance rock spans all eight tracks of Superautomatica. Influenced by disco, new wave, and vintage glam, the band deftly captured their live experience in the Dollhouse Productions studio. The album reunited the band, which was broken up at the time, resulting in a string of unforgettable shows and earning them new fans throughout the region.

The singer-songwriter shared an album that highlights strong songwriting skills and the dynamics of his full band.

Once Again, The Train Wrecks

A decade into their time as the “hardest-gigging band in Savannah,” Savannah’s own Train Wrecks returned with an album that fully encapsulates their live sound. Mixing their signature country/Americana with hard-edged rock ‘n’ roll, Once Again is Johnny Cash and Nirvana’s lovechild, and we’re here for it.

The former Accomplices frontman shared his solo debut this year.

“I want to explore different avenues of music,” he told Connect in July. “I think this record is a great kick starter for a solo career, and I can do anything from there.”

These days, Eckstine is strapping on an electric guitar and playing with a full band, sharing a sound that’s part roots, part rock, and all Eckstine.

“The songs were completed musically before the loss of a close friend,” Vatican’s Nolan Mobley told Connect in August. We felt that it was necessary to speak on touchy subjects like suicide and dealing with depression because most of us have been there mentally at some point or another and the entire situation was a real eye-opener. Rather than work around it, we wanted to dedicate our work to our friend’s memory and also remind others that there is hope, even when it feels like there isn’t.”

Savannah’s old-time bluegrass band released its strongest record yet in August. Showing off the musical and songwriting abilities of each, the album is a testament to individual strength and the magic that happens when Aaron Zimmer, Cory Chambers, Jay Rudd, and Anthony Teixeira collaborate.