'My job on this earth is to do one thing' 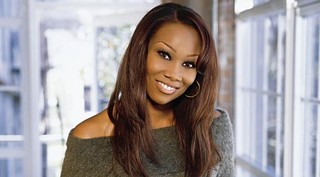 Even over the telephone, Yolanda Adams exudes such positivity and warmth that the interviewer feels as if he’s known her for years.

As one of the most consistently popular gospel singers of the last two decades, and the host of a wildly successful syndicated radio program, Adams knows the value of direct and honest communication.

Yolanda Adams, however, is the star of the weekend (although she would be the first to argue that point, because she works exclusively – as you’ll read – for God).

The Texas–born Adams is a Grammy and Dove Award winner, and the recipient of seven NAACP Image Awards. She has sold nearly 5,000,000 albums since 1991.

On the transforming power of gospel music:

“First of all, it’s always a privilege to be able to do what I do, as long as I’ve been doing it. You wake up one morning and you’re like ‘Wow, God, this is way cool the way you do me.’ With the climate of the world, with the climate of the nation, you know that there are some people who need to hear this – and you dive into it. This is something I’ve done for years and years, and I’m very passionate about it. I love the presentation of gospel music, I love being able to just sing – anything. Like we sang some things for Black Music Month at the White House. It is just giving your all at any given moment.

“I always thought ‘Wow, let me make someone feel better about their life, or feel better about their situation.’ Because to me, that was the ultimate. And then you get the bonus of folks coming to you after a concert, saying ‘That song touched my life,’ or ‘I played that song at my wedding.’ You eventually know that, wait a minute, there’s something else going on than just a song.

On her responsibility to an audience:

“It’s very important, because usually people pay a lot of money to come and see me. And seriously, in this economy people don’t want to come and hear you gripe about your life, or this or that. They need to feel that you have something they have really invested in. The truth is, over the years my fan base has become such a family to me that they know that when they go to a Yolanda Adams concert they’re going to laugh, cry, dance – and by the time they leave they’ll feel better than when they entered the room.”

On fame, and singing about something that’s bigger than you:

“And I think that’s what makes gospel singers pretty much different from other singers – we always make sure that at the end of the day ‘It’s cool that you’re callin’ my name, but wait a minute. The big picture is that God has this same kind of joy and love for you that He has for me.’ He’s excited about your future. He’s excited about where you’re going. And we’re going to take 45 minutes to an hour and a half to express that to you, so that when you walk out of this door you feel like knockin’ down the walls and leapin’ over things.”

On the possibility of recording secular music:

“What we’re working on now may be considered kinda secular. But my job on this earth is to do one thing, and that’s to encourage people to live better lives. And singing about ‘Ooh baby, you done me wrong,’ that’s not going to encourage anybody to live a better life. My thing is ‘Hey – pick yourself up. I know it’s been hard. I’ve been there before.’ You give them the examples of what you’ve gone through, BUT the outcome always has to be the victory of it. It has to always describe how you made it through. Because somebody’s looking at you and saying ‘Man, if she made it through, I know I can do it.’

“So secular–wise, that would be as far as I would go. I am working diligently on a wedding album. It will be like a wedding service, including everything from like the song that the moms and the family come in on, talking about how they’ve shaped the life of the person walking down the aisle. All the way to the party at the reception.”

Tickets: $25 SSU students, $35 general public (advance); tickets are $5 extra at the door. On sale at the campus bookstore, all Savannah Popeyes locations, Shonda's Unlimited Tax Services and LBS Tax Services, both in Hinesville