Pooler fave continues to be a local gem

GOOD OL’ POOLER. Most of the time I pretend it’s more like a distant cousin rather than a close relative.

I know I’m a little biased, but I personally am not a big fan of creating a city based solely around consumption. Nor have I ever seen a more congested layout strung together with fast food chains and outlet malls that creates a net of corporate consumption that extends throughout every corner of the city.

But that’s another subject. When I do find myself in Pooler for whatever reason, I almost always felt obligated to eat first, or find myself in a cloud of guilt as I search for the last piece of french fry left in my Chick-fil-A bag. However, as of recently, in the place I would least expect it, I have been not only finding delicious local food, but I’ve been finding food rooted in culture and filled with passion. To me that’s like finding a precious gem buried deep in the sand.

The latest gem I’ve discovered in Pooler goes by the name Naan Appetit, and they serve some of the best damn indian food in the area, hands down.

After this conversation I have learned to separate the suburb of “New Pooler” from the cultured and well rounded “Old Pooler.” Point taken.

Having opportunities to support the growth of true diversity begins with our willingness to see the importance of culture and what it represents. Food is a vehicle for allowing people to understand what it is like to live a day in someone else’s shoes.

I got a chance to sit down with one of the owners of Naan Appetit, Seshu Kotcherlakota, to discuss the inspiration behind the food, why they feel it’s important to share traditional recipes with the public, and their role as a local restaurant in Pooler.

Let me start by saying there aren’t too many restaurants that knock me in the face with delicious flavors as soon as I walk in. Naan Appetit accomplished that.

I started searching for the open kitchen but to my surprise, there was no such kitchen.

Seshu sat us down and began to tell us how these last few years have been as a new business in old Pooler.

“We have actually loved the response that we’ve gotten from Savannah; from the direct customers to being voted the best appetizer and best overall at Taste of Savannah a few years ago,” he said.

“We are a family owned business, so we try to make the space very comfortable, which allows the experience to almost feel familiar even if you’ve never tried Indian food before,” Seshu said. From the all of the well-curated art, to the handmade tables, the ambience is welcoming and inviting.

“One of the new things that we have tried and had a lot of success with has been the weekday and weekend buffets,” Seshu told me.

“Our buffets have been a really big help for giving people an opportunity to try things without the pressure. Some of the feedback we were hearing before the buffet was that some of our customers were having trouble figuring out what to order, so our buffet is a way for people to try everything and figure out what their tastebuds like,” Seshu said.

In addition, their buffet has something for everyone and that is growing. “We always keep a few of our popular menu items of the buffet rotation, but we mix those with a variety of vegetarian apps, veggie curry, because we want more and more people to have an option.”

On January 14 Naan Appetit is launching a new menu design, which includes some new dishes as well. The new menu will include gluten free, vegan, and nut free options.

One of the coolest aspects of this restaurant is the adjoining market, which they are in the process of renovating. They contain aisles of authentic Southern Indian eats from chips to ghee. I have to give the family over at Naan Appetit two big thumbs up for being open minded, creative, innovation, and true to their passion and culture. To have a place like this right up the road (only a 15 minute drive from downtown Savannah) is imperative to people becoming more worldly and accepting of everyone with whom we have the privilege of sharing this planet.

Additionally, their food is absolutely delicious, and if you don’t end up on that side of town eating some of that mouthwatering naan, you playing yourself! Let’s keep stirring that pot, people. 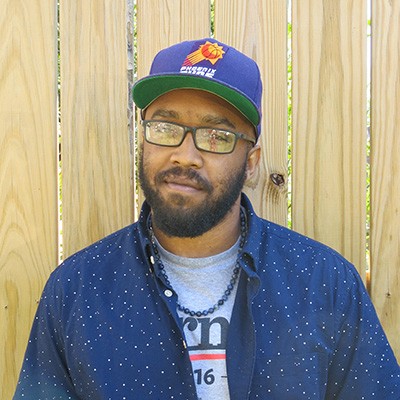