YOU may have seen Nate Saraceno backing up some of Savannah’s best-known talents—he played bass for Eric Culberson Blues Band up until 2012, and currently gigs as guitarist in Danielle Hicks & The Eight Ohm Resistance. Now, Saraceno’s own songwriting is in the spotlight as he prepares to release a full-length album, Splendid and Insidious, at a free, all-ages celebration.

Splendid and Insidious is a collection of songs Saraceno recorded in his home studio over the past eight years; Alex Mason (Listen 2 Three) and Ira Miller contributed drums to the recordings.

The blues-flavored arrangements of Saraceno’s gigging history show up across the new album with shades of reggae, jazz meanderings, and proggy sensibilities. Standouts include toe-tapper “Wheel of Light,” which employs the help of a bright and buoyant synth to punctuate its measures.

Saraceno’s trying something new for the album release that blends community, music, visual and video art. To start off the evening, the full album will be played in its entirety over the Savannah Coffee Roasters house speakers. Attendees will be given plastic album sleeves, roughly the size of a 45 vinyl album cover. As the album plays, guests can draw directly onto the sleeves; Saraceno encourages folks to draw whatever the music makes them feel.

When it’s all done, the new artwork will be arranged onto a glass-top coffee table. As Saraceno performs an improvisational song inspired by the artwork created, the art will be moved across the table and filmed for a music video. 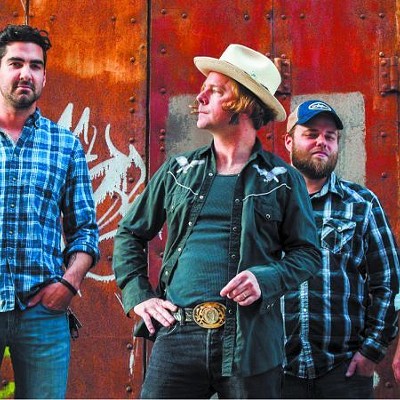