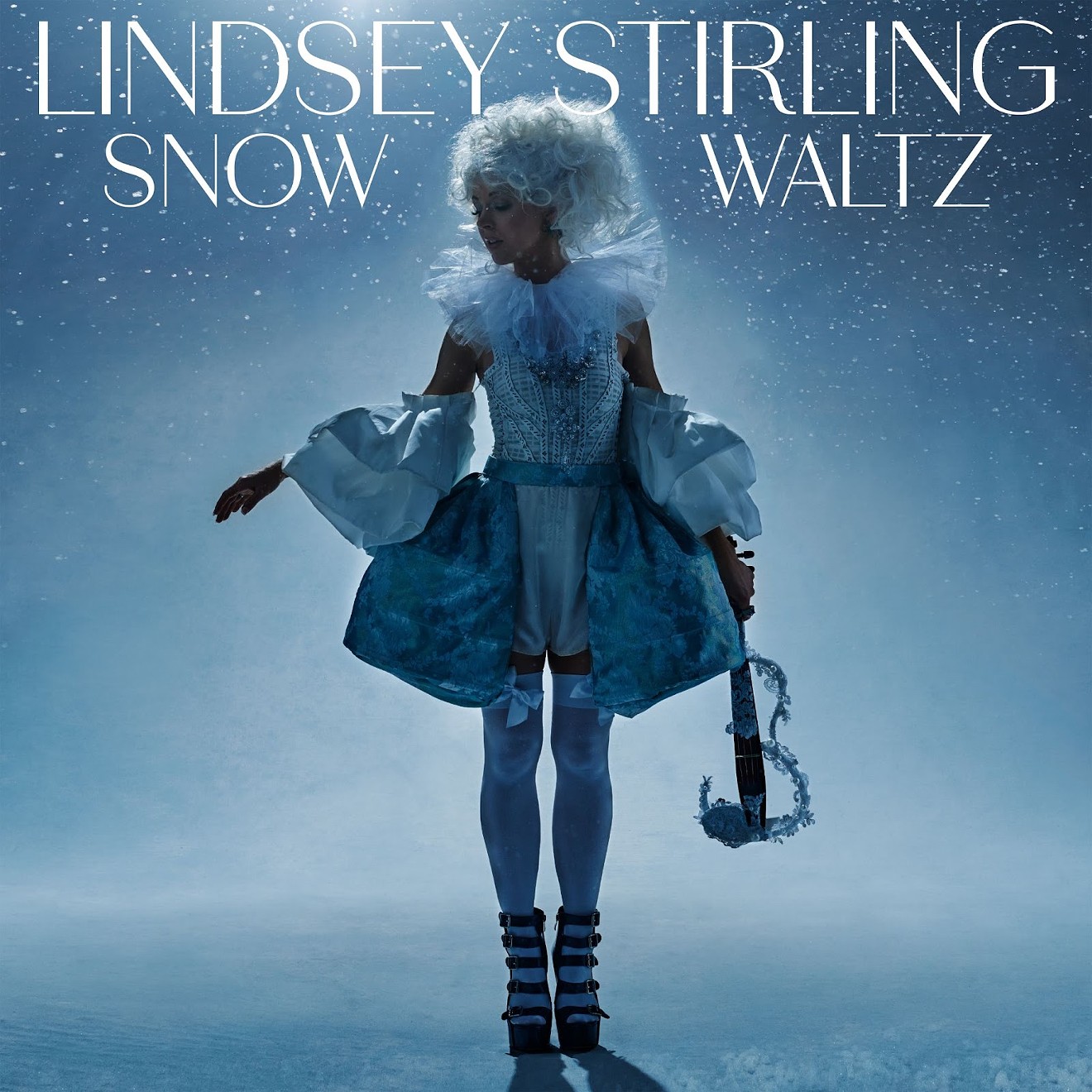 Lindsey Stirling: “Snow Waltz” – Stirling brings her unique signature mix of classical, electronica and pop to “Snow Waltz,” crafting this year’s most innovative holiday albums. What also works is the hint of a dark undercurrent Stirling brings to “O Come, O Come Emmanuel,” “God Rest Ye Merry Gentleman” and the title track. They play nicely with cheerier tracks (like “Sleigh Ride” and “Joy to the World” and the originals “Crazy For Christmas” and “Magic.”) 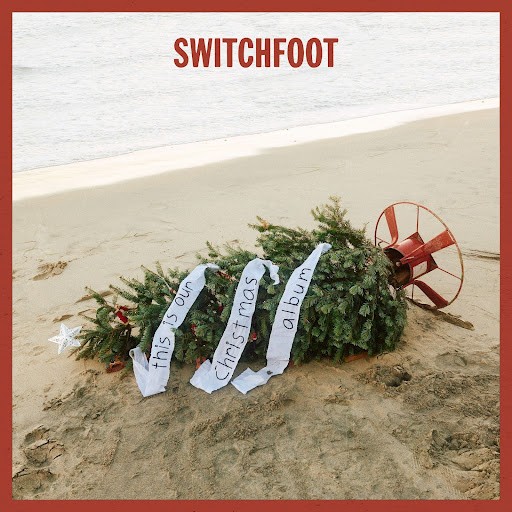 Switchfoot: “This Is Our Christmas Album” –  The popular alt-rock band tries its hand at Christmas music with mixed results. “Scrappy Little Christmas Tree” sounds like the Sex Pistols meet the Beach Boys and somehow it works, while “New Year’s Day” is a catchy mid-tempo rocker. But a couple of originals fall flat and at times Jon Foreman’s raspy vocals come up a little creaky. 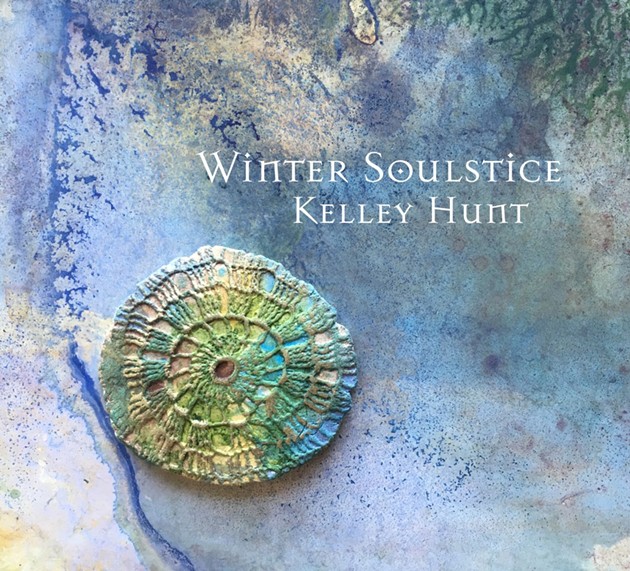 Kelley Hunt: “Winter Solstice” – Hunt has quietly established herself as one of music’s better roots music artists, deftly blending blues, soul and gospel while showcasing her considerable talent as a singer and pianist. Now she’s made this year’s best Christmas album in “Winter Solstice.” Her bluesy and soulful version of “Go Tell It On The Mountain” may be the swingingest take ever on that famous song. Hunt’s reinterpretations of other classics are just as fresh and inspired. There are also three worthy originals, including the rich ballad, “Bright Lights,” which extends the Christmas season’s spirit of harmony into a call for lasting unity and respect that’s fitting in these divisive times. 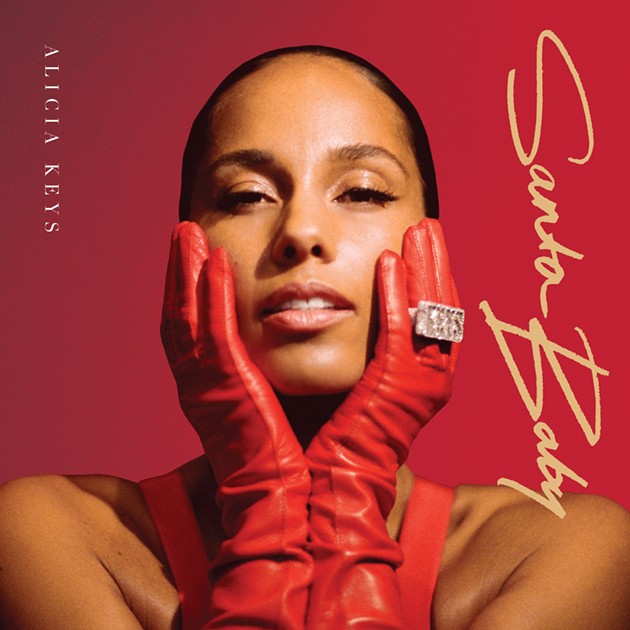 Alicia Keys: “Santa Baby” – Keys has always made classy music, and “Santa Baby” is no exception, as she gives the songs restrained accompaniment – mainly her piano playing, bass and light percussion. The approach works because Keys’ supple and sweet voice pairs well with songs like “Christmas Time Is Here,” “Happy Xmas (War Is Over)” and the flirty title song. Keys, though, ups the ante with four original songs, including the stellar ballad “You Don’t Have To Be Alone,” which sounds like it could become a favorite song to cover in the years ahead, while “Old Memories On Xmas” is nearly as good. 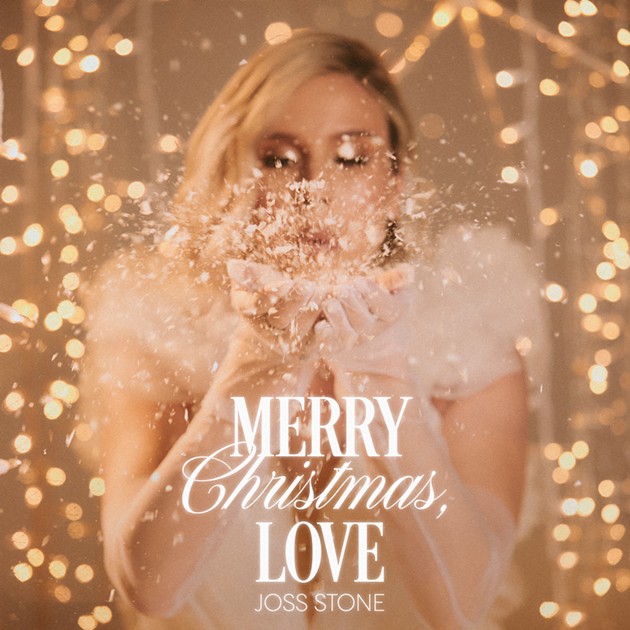 Crowder: “Milk & Cookies: A Merry Crowder Christmas” – One of the best artists in Christian music, Crowder’s first holiday album is made up mostly of original songs, with fun fare like “Elf Song,” “Your Praise Goes On” and “The Ballad of Mrs. C (She’s Sick of the Beard)” fitting Crowder’s familiar blend of folk, country and rock and roll with the occasional touch of hip-hop and a good bit of humor.

Chris Isaak: “Everybody Knows It’s Christmas” – Isaak, given his vocal ability, his songwriting chops and his roots in early rock and roll, surf and soul, seemed capable of making a refreshing Christmas album. But originals (aside from “Almost Christmas” and “Wrapping Presents For Myself”) are lackluster and he doesn’t bring much originality to the covers.

Pentatonix: “Holidays Around the World” – The one-time a cappella group is now using instruments, making Pentatonix a more typical vocal group, and “Christmas Around the World” a more conventional holiday album. That’s OK as long as the group has songs as fun as the buoyant “Kid On Christmas” (featuring guest Meghan Trainor) and as thoughtful as the ballad “Prayers For This World.” 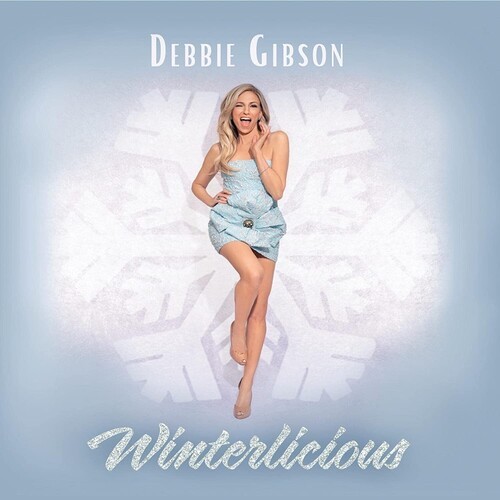 Debbie Gibson: “Winterlicious” – The one-time teen pop star’s first Christmas album is a diverse, largely poppy affair (no surprise there) that favors originals and lesser known covers over the usual classics. Ironically, two of the highlights come on a pair of the album’s less cheery original ballads “The Gift” and “Heartbreak Holiday,” but otherwise “Winterlicious” is the right kind of breezy holiday confection.

Tasha Layton: “This is Christmas” – On one of this season’s better efforts, the Christian music singer goes big and brassy on fun originals like “Diddly Squat” (about not even getting a lump of coal) and “Hang Up Your Stocking,” while also including warmer, more musically restrained tunes like “Giving Christmas Away” and “Make It to Christmastime.”

Jamie O’Neal: “Spirit & Joy” – O’Neal’s country-pop versions of familiar Christmas tunes are straight-forward, but three originals – the shuffling “Christmas You,” the beachy “Gulf of Mexico” and the lovely and emotional “Christmas to Me” — elevate “Spirit & Joy.”

Jessy J: “California Christmas, Vol. 2” – On the jazz saxophonist’s (mostly) instrumental holiday album, she tastefully elaborates on familiar melodies while putting some groove into “Angels We Have Heard On High” and “Oh Holy Night.”

Regina Belle: “My Colorful Christmas” – Belle gets creative with several of the standards, putting a skipping Latin-ish beat on “O Little Town of Bethlehem”/”Gloria in Excelsis Deo” and adding some punch in “Hark The Herald Angels Sing,” and is in fine voice throughout this appealing and soulful effort.

Loreena McKennitt: “Under A Winter’s Moon” – This ambitious holiday-themed concert is presented over two CDs, with McKennitt’s signature Irish-accented folk sound and ethereal vocals in the spotlight.

Louis Armstrong: “Louis Armstrong Wishes You a Cool Yule” – The jazz great holiday singles are for the first time collected here to make for a timeless, cheery holiday album.

Chris Standring: “Silent Night” – The British jazz guitarist brings his chops to this set of Christmas classics, creating a laid back and tasteful instrumental set.

Sarah Partridge: “A Partridge in a Pear Tree” – The former actress (she starred in “Risky Business”) who’s best known for her jazzy interpretations of the Great American Songbook does just fine on this set of holiday standards. But the real star is piano arrangements that nicely embellish the songs.

Axelle Red: “The Christmas Album” – The Belgian songstress brings some twists to this material, putting some swing into “My Favorite Things” and “Sleigh Ride,” and punching up Hot Chocolate’s “Brand New Christmas” on this enjoyable outing.

Girl Named Tom: “One More Christmas” – The 2021 winners of “The Voice” bring their peppy folk-pop sound to the holidays with several fine originals plus a few seasonal favorites that feature some creative vocal arrangements.

Sarah Connor: “Not So Silent Night” – The German pop star puts the party into Christmas with this fine collection of (nearly all) original songs that mixes energetic and catchy tunes with several ballads.

Craig Duncan: “Bluegrass Christmas 2” – The sequel to his 2007 holiday outing finds the veteran artist giving instrumental bluegrass treatments to 14 Christmas standards. The straight-forward arrangements could be more imaginative, but this is a pleasant collection.