Nick Cave suits up at the Jepson

'It speaks about how we construct identity, how artists have an important role in activism today.'

ART HAS always held the power for artists to comment on our world. From Diego Rivera’s murals to Banksy’s street art, artists keep their fingers on the pulse of current events.

As Trump’s new administration begins and more people feel disenfranchised and helpless, art is becoming even more necessary to both express and protect ourselves.

Chicago artist Nick Cave’s soundsuits were created to protect its wearer from the outside world and make a statement with the sound it makes. 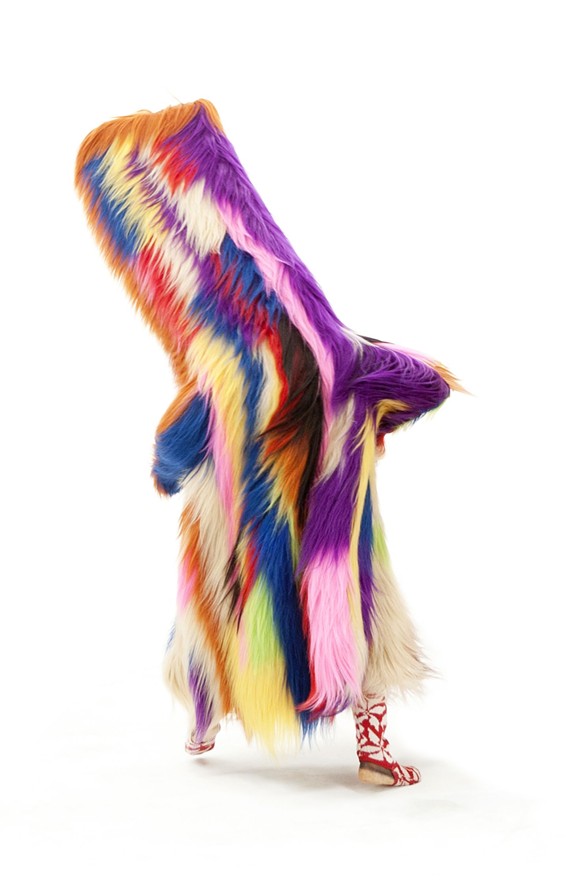 Cave’s eponymous exhibition opens on January 27 and is, to date, the largest presentation of his work in Georgia.

Cave’s soundsuits are, quite literally, large suits intended to make sound when worn. There won’t be any performances with the suits on, but there are two videos displaying how the suits are used, particularly in dance.

“The first soundsuit was made in 1992, and it came out of this social response,” explains Rachel Reese, associate curator of modern and contemporary art at the Jepson.

When Cave, an African American man living in Chicago, learned about the Rodney King beating and riots, he felt particularly vulnerable and made his first soundsuit out of twigs in response.

“When he put the suit on and danced, the suit made a sound, and a light went off in his head,” Reese says. “The suit could protect the wearer from outside culture, shield someone’s race, gender, or class. You can be anyone while you’re wearing this suit.” Cave, a skilled dancer with Alvin Ailey’s American Dance Theater, uses the power of sound to create soundsuits for all different purposes and situations.

“They give some insight into his headspace,” Reese says. “There’s a suit made out of yarn that’s very soft and quiet, versus one made out of brocade fabric, highly sequined and shiny and fantastic and baroque.”

Cave creates his soundsuits from one central element and works outward.

“In a way it’s sad that it’s 25 years later and we’re in the same cycles, but I think that’s what art is for and why it’s always relevant,” Reese muses.

One soundsuit Reese singles out is a seven-part suit entitled “Speak Louder,” made in 2011 and featuring mother-of-pearl buttons and sequins. The suit connects seven wearers together and has amplifiers at each wearer’s head.

“It really invokes the kind of collective agency that people have when we gather together,” she notes. “Sometimes we think about the soundsuits as singular, and these are definitely a community. It shows what happens when people get together, what we can harness through collectivity.”

There won’t be any performances with the soundsuits on, but Reese says there will be two videos running on rotation that show how the soundsuits are activated by movement. “You can enjoy the suits as fashion, costuming, a more cultural tradition, Carnivale or masquerade or African ceremony, or performance art or identity politics,” Reese explains.

“It’s so multilayered; I really respond to artists who are like onions. You can peel back and find those layers. It speaks about how we construct identity, how artists have an important role in activism today. It’s really important and necessary.”

"Nick Cave" opens at the Jepson Center for the Arts on Jan. 27. The exhibition will remain up until April 23.