'I started feeling like I was faking it,' says Chris Thile 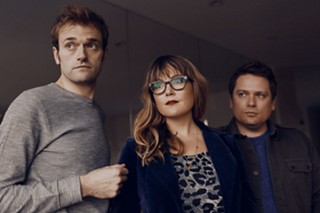 Chris Thile was just 8 years old when he started making music with brother and sister tag-team Sean and Sara Watkins. In the strictly-bluegrass early days of what would come to be called Nickel Creek, Thile played guitar, while Sean handled mandolin. Eventually, they switched instruments, and with Sara on fiddle and all three singing leads and sharing harmonies, Nickel Creek grew, and composed, and became the darlings of "new acoustic" music.

Championed by Alison Krauss, who produced the band’s first two albums, Nickel Creek was a Grammy-winning, accolade-accumulating juggernaut, even as the music expanded the boundaries of bluegrass, and even the fine-line sound they’d made their own.

Seven years ago, Nickel Creek went on “indefinite hiatus.” With the Watkins siblings releasing solo projects and sitting in with other bands, Thile rose to acoustic music superstardom (if there is such a thing) through his eclectic acoustic quintet The Punch Brothers, a full mandolin concerto, and groundbreaking collaborations with Mike Marshall, Edgar Meyer, Yo-Yo Ma and others. He’s been a star at nearly every Savannah Music Festival since 2008.

The last thing anyone expected was a Nickel Creek reunion. But it happened, and there’s an exemplary new album, A Dotted Line, to prove it. The trio’s first tour since 2007 brings them to the Johnny Mercer Theatre April 22.

In 2007, when the band went on hiatus, did you think it was temporary, or were you out of there?

Chris Thile: I wasn't thinking that far ahead. We just weren't loving it like we had to. To make music, you have to be sincere. Human beings are very, very good at detecting a lack of sincerity, and I started feeling like I was faking it onstage. And that's a horrible feeling. So all I knew, and Sean and Sarah felt the same way, was that we needed some serious time away from it. We just worked so hard on it for so long. We've struck balance in our individual lives that allows picking Nickel Creek back up. In particular, I think our other activities allowed us to pick Nickel Creek back up with far greater appreciation for its inherent qualities. The things that make Nickel Creek unique—we've been making music together since we were babies, practically—and not to impose other musical desires that don't necessarily fit Nickel Creek. Which we would do because it was our only outlet at the time. Now, we have multiple outlets. We can play Nickel Creek music really happy and contentedly, and make new Nickel Creek music with a greater understanding for what makes Nickel Creek tick.

There was a perception out there that you just wanted to leave to do all that other stuff. That you'd grown too big for it.

CT: I think we were all burned out with it. I had a lot of musical ideas that I wanted to pursue. The Punch Brothers were starting to take off. I had big ideas for that piece I wanted to write. It was time for me to kind of cut loose and chase some ideas that I had. But it's never quite as simple as any of that. And it was certainly a mutual decision. People think now that Punch Brothers will be going away, and that's certainly not true.

I think it’s important for serious musicians, people for whom music is everything, to make sure that there’s balance in their musical life. You gotta make sure you’re drawing water from a lot of different wells, so that nothing runs dry. Before, we were trying to draw everything from the Nickel Creek well. And there wasn’t enough water flow for everything. Now, we all have diversified. Now, going back to the Nickel Creek well is feeling very fruitful.

How did this project germinate? Was it because it’s been 25 years?

CT: That was actually the first thing—I'm 33, so the idea that I'm in a band that can be having its 25th anniversary is pretty weird. Even for me, who's actually in the band! I think the three of us had no idea whether it would just be a fun trip down memory lane —you know, check out the old baby pictures and laugh at yourself—but when we actually got together, the ideas just flowed so readily and naturally. It was so fun to play together, and huge fun to sing together.

With Nickel Creek, we’ve always shared lead vocal duties, and boy, I’m so comfortable with that. I love to sing, but I don’t consider myself to be a great singer. I consider myself to be a pretty good singer, but not great. For me, getting to do some lead singing, and some harmony singing, it’s been really enjoyable. And we agreed to do as much straight-up balls-to-the-wall three-part harmony on this record as possible. Listening back, that’s a good blend, a really nice blend, that none of three of us have found in other projects. The three-part harmony just comes that naturally.

Did everyone bring in new thoughts and approaches, based on their outside work?

CT: Oh, for sure. Everyone has explored their musical identities in different roles. So now, we're re-assuming our respective Nickel Creek roles. Some things about those roles will never change, because they're all tied up in who you are as a third of the project. But some of them have changed; to have seven years off of a project, some of the bad habits you get into in serious working relationships can really fade away.

The other thing is just that everyone has gained confidence. Everyone’s seven years better! It’s pretty exciting.

Your cover of Mother Mother’s “Hayloft,” the really uptempo song on the new album, is unlike anything you’ve done before. I think it’s great, but it’s a sore-thumb kind of deal. It sticks out. Why’d you do that?

CT: (laughing) We just wanted to get in there and fuck some shit up! My brother Daniel, who's a pretty good musician himself, he and I have different musical tastes. He picked me up from the airport once, on Thanksgiving maybe two years ago, and he played me that Mother Mother song. And I went "Wow, this is incredible! I want to cover that." I showed it to the Punch Brothers, and they were like "Ehhh. I don't really get it." Then I showed it to Sean and Sara, and they freaked out as far as I did. We started working it up.

We had a fully percussion-less version of that song worked up, and when we showed it to our producer, he said “You guys gotta put drums on this.” I was as surprised as you were the first time I heard it. I hated it!

Then I played it for my wife, Claire, and said “This is just awesome.” Then I probably listened to the song ten times; I was like a kid in a candy store.

Obviously, it doesn’t fit with the rest of the record, but ...

CT: I appreciate the perspective on it, but I actually think it has a lot in common with "You Don't Know What's Going On," the next-to-last track. They're partners.

Is there a plan for the future?

CT: We haven't really talked about it that much, but it's awfully fun, and I feel like, as long as we can keep the balance ... one thing that might be hard for us, and it was hard for us the last time, is that we have to see whether we can bring our audience with us. To what extent are they willing to grow up with us? Or to what extent do they really just want to heat the stuff from those first two records?

Part of our problem in the first place was that people had a hard time understanding that Sara and I were 16, Sean was 20, when we were coming up with the material for that first record. Which is still our most successful project, as far as commercial success is concerned. And while I feel so honored that that music still means something to people, it’s hard for me to describe how much playing that music is like being forced to actually live inside the world of your awkward adolescent pictures.

I can get into it now, but it’ll be interesting to see to what extent the crowd is willing to follow us where the three of us are now. We’ll definitely play some of that old stuff that we still like, but we are really excited to play the stuff off the new record.

It would be a wonderful thing if people want us to be what we want to be. And it’ll be awkward if they want us to be 16 years old again. 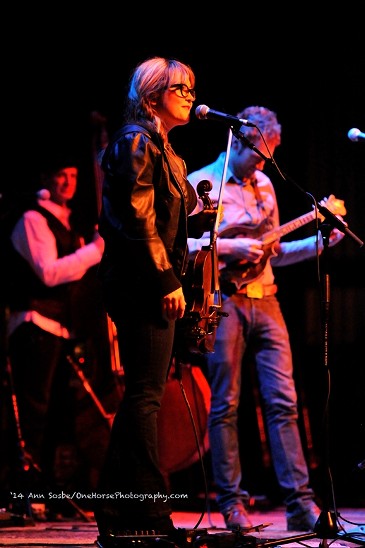