'No bombing, no rockets, no death' 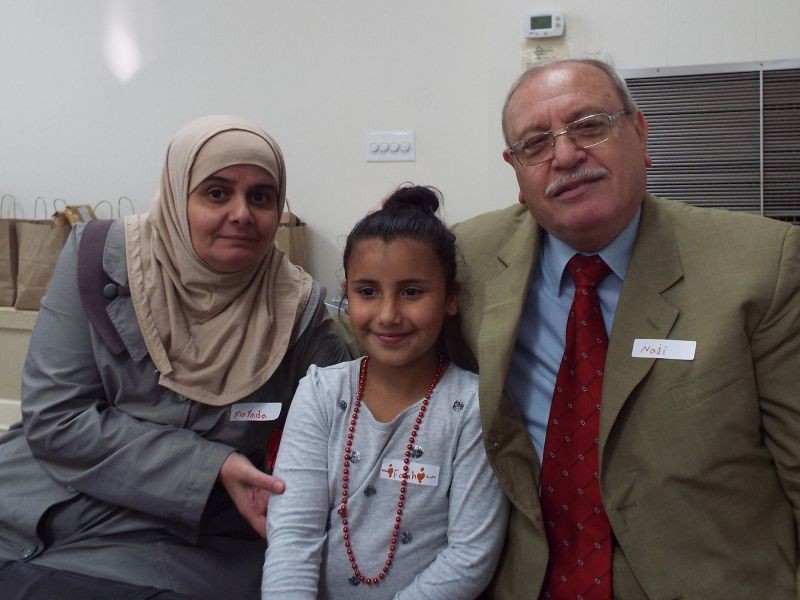 Mayada, Farah and Naji Abousaleh of Syria recently resettled in Savannah after living for years in Turkey.

SYRIAN REFUGEE and new Savannah neighbor Naji Abousaleh remembers safer times in Aleppo, where he lived most of his 67 years and taught English. But safe wasn’t happy.

“Because you’re afraid,” he says. “Because of the spies that work for the government. You dare not speak one word against Ba’ath or the president of Syria.”

Fear became deadly in 2011. The Syrian civil war has killed about 400,000 people and displaced seven million. Abousaleh fled three years ago with his wife and three children.

Their journey to safety and freedom involved hiring a “coyote” to guide them through a mountainous forest in an illegal border crossing into Turkey, guns firing in the distance.

It involved years living in Turkish limbo, where twin diagnoses gave Abousaleh both new fear and new hope. His wife has MS. He has prostate cancer.

Their health moved them to the front of the UN resettlement line. But this wasn’t a buffet line. They didn’t choose their new country, although they got a good one.

And they didn’t choose to leave their sons, either. The sons are older. They can fend for themselves. So the family is scattered in Turkey, Germany and the U.S. They didn’t choose any of this. 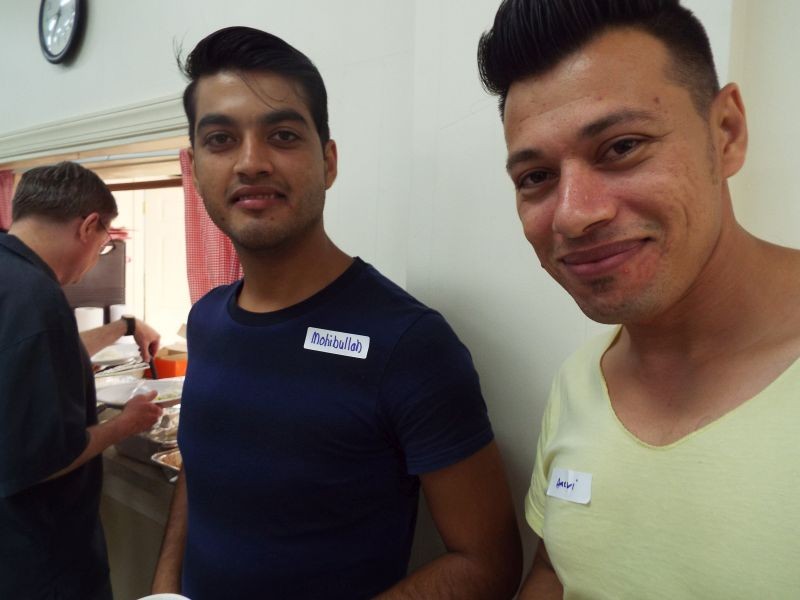 Mohibulla Alizi and Ameri Zabiullah of Aghanistan at a recent welcome dinner for refugees living in our area.

“No bombing, no rockets, no death,” he says. “She can gather with some Syrian girls, three or four of them and all of them have got bikes.”

I met Abousaleh in the dining hall of White Bluff Methodist Church, where multi-faith volunteers cooked Middle Eastern fare in a “welcome dinner” for area refugees.

This was the first of what organizers hope will be monthly repasts of hospitality for those who find themselves in our part of the world after fleeing terror.

“Resettling refugees is not just the right thing to do, it’s a responsibility that we have as a powerful country,” says Lauren Cruickshank, our local refugee resettlement coordinator.

Cruickshank works for Lutheran Services of Georgia, one of many nonprofits nationwide that do the hard work of moving refugees to self-sufficiency within 90 days of arrival.

“The backbone of this program is employment,” she says. “Our employment specialist works with a number of employers here in Savannah who often will approach us.”

God bless these employers. And even if you don’t have a job or an apartment to offer, you have unwanted furniture, clothes and food or a free hour with you car. You can help.

Because these people didn’t win the jackpot, as some would have you believe. I met Abousaleh between radiation treatments. His wife is disabled. There’s no cure for MS.

What will happen to the three of them? Of course, Abousaleh would like for his family to be made whole, especially for the youngest child in case, well, she needs her brothers.

I ask Abousaleh why he was so eager to speak with me that night. Honestly, I didn’t expect to meet anyone who spoke English or wanted to open his or her life to questions.

He says he wanted me to tell you something. “Islam wants us to love everybody,” he says. “We don’t accept any kind of terrorism.”