Odyssey of the wild boys

The number of competitors from Savannah who’ve been world champions at something is a pretty short list.

At the top would have to be Savannah native Bucky Dent, MVP in the New York Yankees’ 1978 World Series victory.

(“Shoeless Joe” Jackson won the 1917 World Series with the Chicago White Sox, but didn’t live in Savannah until after his playing days.)

In the arts, Johnny Mercer won two Oscars for Best Song in ‘61 and ‘62. Actor Charles Coburn won a Best Supporting Actor Oscar in 1943.

But the latest entry to breathe that rarified air is an unlikely group of six young men from the Savannah Arts Academy: Andrew Terret and Austin Quattlebaum, both seniors; Conor Little and Wesley Harrington, both juniors; Phillip Moore, sophomore; and John Gale, freshman.

Last week their team won first place -- that’s first in the entire world -- at this year’s Odyssey of the Mind world finals, held in Ames, Iowa.

“It’s a pretty strange feeling, actually,” says team member Conor Little on the win. “I’m not even sure if it’s completely settled in yet.”

Teammate Phillip Moore feels the same way. “It hasn’t completely hit -- it kind of hits in spurts,” he says.

One of the largest international academic competitions, Odyssey of the Mind gives teams from 25 countries “problems” to solve in the most creative and elegant ways possible. Teams have time to prepare their solutions, but a “spontaneous” segment of the competition keeps things lively and unpredictable.

Along with all this, each team also had to present a song and dance. It was here that the winning six from SAA gained a competitive advantage.

“We’re a pretty musical group to begin with,” says Little. “So we decided why not make the whole thing a song, kind of like an operetta.”

The six devoted two months to composing their “operetta.” And while feelings ran high, no one -- not even the team members themselves -- expected total victory.

“We were just hoping for the top ten,” says adviser Karen Nelson. “I don’t think they expected to take home the whole ball game.”

“I was hoping to at least get called in the top six,” Moore says. “It was very shocking.”

“Our reaction at first was 100 percent pure surprise,” Little says. “We didn’t expect to win first at all.”

For Nelson, the first whiff of victory came during the spontaneous portion of the Odyssey competition.

In all, five local teams competed this year -- three from SAA, one from Jenkins High School and one from DeRenne Middle School.

“There were a total of 15 first place entries. We were the world champion in the ‘Jungle Bloke’ high school division,” Nelson explains. “Singapore is number two.”

Little says their win is especially remarkable “when you consider that foreign teams are usually higher ranked.”

Nelson, who helped recruit SAA’s Odyssey teams, says one reason the winning six were put together is because “I wanted the wild boys -- the really thinking-outside-the-box wild boys.”

So what do the “wild boys” themselves say is the secret of their success?

“We’re really a tightknit team that’s able to work together really well,” says Moore. “We always tried to put in the most creative and philosophical solutions.”

“We tried to do whatever we thought no one else would do, even if we didn’t know if we could do it,” he says.

For more info go to odysseyofthemind.com 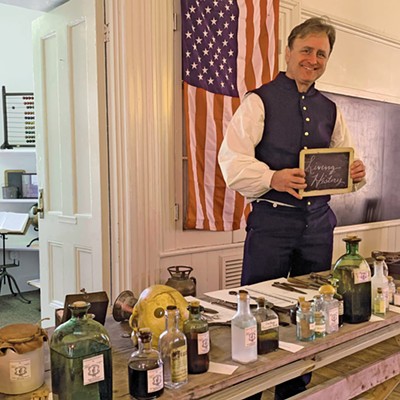