One foot in front of the other

Getting started on the road to running

A whole heck of a lot of folks talk about getting healthy. Especially in our neck of the woods — or, beach. Right around New Year's there is the stereotypical heightened attention placed on getting in shape.

"You know what they say," I have heard more than once, "summer bodies are made in the winter."

And we resolve to work out.

We work that gym membership, wardrobe, equipment, meal plan into our budget. We move that schedule around but we really don't want to get up that early, and who wants to be stinky at work after lunch. Then, at the end of the day, we are just looking for some downtime.

An accountability partner helps. Except they are encountering the same challenges as you and now there are two lives to schedule around.

Forget it. We know we will blow our diet by Valentines Day. And seriously, Memorial Day is pretty far in the future. So, nevermind. We will get it together tomorrow. It's just not a good time.

Now it IS Memorial Day. Again.

One of the best things about running is pretty easy to start. You don't have to really do anything that most of us aren't already equipped to do.

I subscribe to a pretty pared down version of running. I don't own a lot of clothes, gear, or shoes. In fact, if I was certain I wouldn't cut my feet open, I would drop the shoes too.

I don't wear a heart rate monitor or a super sexy multi-sport, waterproof, laser shooting, GPS watch either (although I totally would if I could bring myself to buy one). Therefore, you will find that I subscribe to the "just get started" school of thought.

What you put (or don't put) on your feet is literally foundational to starting. Most folks who say they can't run actually can — they just don't know how to run properly.

There are a few good spots in town and across the bridge that can check your stride, look at your feet, and give advice on great footwear.

Local running clubs and coaches are also pretty popular. Nearly every gym in town has a trainer who can facilitate a specialized running plan. A quick trip around the internet will offer tons of training plans based on your goal.

A run around Facebook will soon have you thinking that you may be the only person in Savannah not running. You aren't obviously, but it won't look that way.

Local attorney Mareesa Torres is a self-proclaimed unlikely runner. But right before relocating to our beautiful city, she discovered she was pretty good at it.

And Savannah, she found, was pretty good for her running. She found Fleet Feet-based C.R.E.W. program to be a great fit.

Mareesa remembers, "Within a month of moving to Savannah I was running with some of the best people I could have ever hoped to meet and become friends with.  My running life kick started my social life and really reinforced my love of Savannah!"

She is now a second year C.R.E.W. coach working with the Beginner Half Marathon group. "It's part training, part love of the run, and part social fun."

Mareesa adds the best part of the program is that it "is open to all types of runners and makes sure no one is ever left without a partner or resources to make his or her run the best it can be!"

Savannah Striders, while not focused on coaching necessarily, is another local resource for local runners, new and experienced alike.

When asked, Mary Siegel describes the Striders as "just a group of people who like to run and have organized runs every day of the week. The group has the super fast to the walkers."

It should be noted that Mary herself just completed the Umstead 100 Mile Endurance Run last month. Yeah, that's a 100 miles, on foot, all at one time.

You may not be quite excited about all this personal interaction. I understand. Runners admittedly get obnoxiously rambunctious over new interest. And we typically end up smelling pretty bad. Like everything else these days, there is an app for that.

Many have found great success in Couch 2 5k, 5k Runner, and the Jeff Galloway apps. Tracking, training, and monitoring apps are everywhere. Endomondo, DailyMile, RunKeeper, and MapMyRun are some of the most popular for runners of all levels.

And if you are just looking to have a good time, my personal favorite is the Zombies, Run! app. Of course I don't buy into the whole apocalyptic zombie prophesy (at least not publicly). But a girl can never be too prepared. 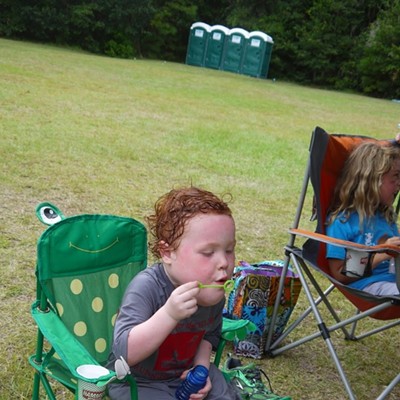 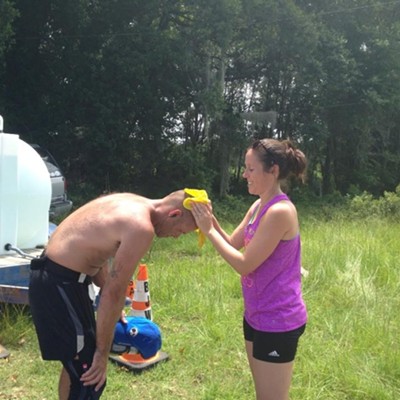 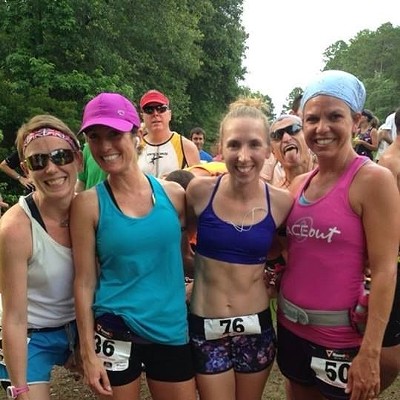 More »
More More Than Miles »
All News & Opinion »
Comments (2)
Add a comment
Subscribe to this thread:
By Email