One plantation I don't really mind

For the last few mornings yours truly, however, has been getting up at the crack of a whip. I guess its appropriate, really, since Im back on the plantation.

Now, if you think Im somehow picking cotton at sunrise, dont worry (and for some of you, dont get your hopes up) -- its not that kind of plantation.

Im talking about my parents place over at Sea Pines Plantation on Hilton Head Island. What a difference a civil war makes.

Anyway, the aforementioned whip is being wielded by an overbearing overseer who happens to be my mother. Mom still hasnt broken her lifelong habit of getting up before me and yelling, Mark! Get your bony behind out of that bed! The house is on fire! Grab a water hose, boy!

You see, after my recent car jacking and subsequent bullet through the chest, an expensive gated community may be just what the doctor ordered.

In case youre unfamiliar with Sea Pines, it the largest and probably most exclusive of the ten plantations on Hilton Head. It is also the home of the MCI Heritage (golf) and the Family Circle Cup (tennis). Well, it used to host the latter until Charleston got its grubby -- but still genteel, mind you -- fingers on it two years ago.

Believe it or not, there was a time when I wouldnt be caught dead on Sea Pines. In my confused teenage mind the place was just too white. It wasnt down. Like Id actually run into some homeboys on the back nine.

To be honest, in all the years of coming over here to Sea Pines Ive only used the pool once. I remember belly flopping into the water and then watching the white parents yank their kids out. That was over twenty years ago.

After a ten-year self-imposed exile from Sea Pines I find that Im loving every well-manicured moment of it. Homeboys and poolside bigots be damned.

My reason for returning here is a simple, yet politically incorrect one. Mayor Otis Johnson, I suspect, was alluding to it at a recent Town Hall meeting concerning the wretched state of Savannahs public schools when he said, There are some things I want to say, but Im not going to.

Ill say it for you, Mr. Mayor: Im sick of crazy black people and I need a freakin break.

So here I am on Sea Pines with nary a black face insight. Of course, I have mixed emotions about this, but guess what? My blood pressure is down and I am actually smiling instead of shaking my head in disbelief at some of the shenanigans my people get up to.

I refuse to open a Savannah paper or watch the news on WTOC. Im not interested in the Churches Fried Chicken Murder. Or the Rib Hut Slaying. Or whatever the hell is going on in Savannah. This is one blackout I wont regret.

So the first night here I head to the social hub of Sea Pines, Harbor Town. Im not deterred that Im without transportation. I do what any graduate of the Savannah school system would do, I steal a car. Albeit the car belongs to my parents.

After parking the getaway vehicle, I stroll around Harbor Town and finally settle in at the Harbor Side Café with perfect view of the marina. A few feet from me a is a guy playing guitar and singing the Beach Boys Surfin U.S.A. Im feeling so positively Reagan, I order my very first mint julep.

This is pretty much how it will go for the next week or so. Sitting around the marina. Going out to dinner with the folks. Not a care in the world.

One night I ride the trolley. If youve ever been overseas on holiday you might have an inkling of what Im feeling when I spot a black family climbing aboard the trolley. You know, there you are on vacation and suddenly you run into some Americans.

The spell of being on vacation is broken. Youre reluctant to say hello just in case they turn out to be the Ugly American we are warned about.

But if youre a black American you dont have to travel the far corners of the globe to experience this phenomenon. You just have to go some place where there simply arent that many black people. Say an opera, a bar mitzvah, or even the beach.

I suddenly remember what happened at that pool all those years ago. I decide to take a different sort of plunge. I say hello. They say hello back. We smile. The parents introduce their kids. We chit. We chat. We exchange small talk just like normal people.

Eventually the trolley comes to my stop. I tell this family it was nice meeting them. And it was.

Walking back to my parents place I have to wonder if I will ever have a similar conversation when I return to an entirely different plantation. The one with the mental, not metal, gates that keep so many people, blacks and whites, imprisoned.

You know, the one we call home. Savannah. 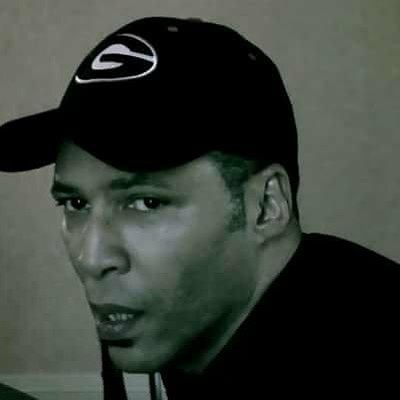 Mark Lawton Thomas is both a former Connect Savannah columnist and local teacher. He now teaches Language Arts in Augusta, Ga., and is the author of the best-selling children's book When Farts Had Colors.
More