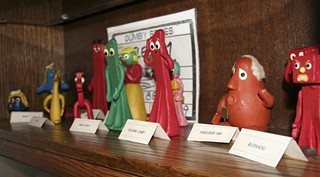 Stepping into the home of Hal and Nancy Miles is sort of like wandering unexpectedly into a long lost vault buried somewhere between the studios of Disney and Warner Brothers.

The walls are covered, almost floor to ceiling, with framed images - character studies of the Seven Dwarves, sketches of Mickey Mouse back when he was Steamboat Willie, and original cells from The Smurfs and Roger Rabbit.

The shelves are lined with small statues and figurines of various legendary cartoon characters. I'm told that, before I go, I should visit "the treasure room" upstairs - because the first floor is only a small portion of more than 29,000 pieces that make up their collection spanning animation and cinematic history.

"Eventually, it'll go into our museum someday," Hal Miles says with a smile.

What's abundantly clear is that Hal and Nancy Miles love cartoons, and that there are no two better people in the city, state, or even possibly the eastern half of the U.S. who'd be better qualified to organize the inaugural Savannah International Animation Festival.

There will be 68 films shown, some making their U.S. debut. They were made by everyone from students half way around the world to Academy Award winners who work for major studios.

"It's a really nice mix of a lot of different things. It's not just for animation students, but anyone who wants to come and enjoy it for a day or two, or even an hour," Hal explains.

As if to prove that this is not some strictly academic affair, the SIAF will also pay homage to that most sacred of times for cartoon fanatics of all ages - milk and cookies will be served at a free event on Saturday morning while vintage cartoons are screened.

For Hal and Nancy Miles animation is truly a passion - something as worthy of celebration and commemoration as painting, ballet, architecture, or any of the rest of mankind's cultural treasures.

But how does one become so enamored with an art form that so many abandoned alongside stuffed animals and the sundry trinkets of childhood during angst-laden teenage years in a rush to peek behind the veil of adulthood?

The answer is that it happens all at once, but also takes years to fully develop. And it runs much deeper than a couple of DVD collections could ever take you.

Before moving to Savannah in 2001, Hal, a protege of stop motion animation legend Ray Harryhausen, had spent 25 years working on animation and visual effects in Los Angeles, including work for blockbusters like Terminator 2, among others. Now he is a professor at SCAD and runs his own animation company called Imagimation Studios.

Nancy's journey was completely different, but no less intriguing. She was living in Washington D.C. where she was heavily involved in the animation community there - including serving as President of the Animation's Collector's Club of Washington, before relocating to Savannah a few years ago. As an art and antiques dealer, she fell down the rabbit hole of animation collecting nearly 30 years ago, after acquiring a piece by accident.

"When I discovered Salvador Dali worked for Disney, I thought wow, I need to go back and learn this," remembers Nancy. "I had a lot of catching up to do."

She befriended numerous animators along the way, which helped bolster her collection and helped her learn terminology as well as ways to ascertain the age and authenticity of cells and sketches. She's old school, and was into it all before the animation collecting boom after Roger Rabbit was released.

She remembers getting caught in the crossfire of a bidding war between Ted Turner and some Japanese businessmen where bits of animation history that used to sell for $10 suddenly cost hundreds of thousands of dollars.

She and Hal met for the first time in Savannah through a mutual friend, and were married two years ago.

"It was a match made in heaven," says Hal. "We're both animation collectors and historians, and now both of these have merged together into one."

"We need a bigger house," Nancy interjects. "We're bursting at the seams."

They travelled in such an exclusive stratus of collectors that after moving in together, the couple discovered that they had programs from the same auctions, and had even bid on some of the same items - including one incident where Nancy helped Donald Trump outbid Hal for one of three sleds that played Rosebud in Orson Welles' Citizen Kane.

But even though Hal had been to festivals all over the world with his own projects, and Nancy had been involved in producing a festival in Washington, that didn't completely prepare them for the rigors of organizing their own festival. Not even close.

"We're gonna need 400 pencils for the audience voting," says Nancy with a chuckle. "So I'm looking at ordering pencils. That's not what you imagine when you think about putting on a festival."

Amidst all the lessons and struggles - from finding a venue to getting their website up and running - there's also been some fun along the way, like sitting down to judge the diverse range of films that were submitted to the festival and making selections.

"When we sat down to watch the films it was just amazing because you have everything from professionals who work at major studios to Academy Award winners to student films and they were all judged on the same level," says Nancy.

That is part of the beauty of arranging a festival like this now, when technology has made animation so much more accessible now than ever before, the work can come from a diverse range of artists.

"It's so cost effective for you to be able to produce animation. That was the biggest factor back in the olden days - even 15 years ago - when it did cost quite a bit of money," says Hal.

Just as technology has changed the world of animation, so to has it changed the way festivals can market themselves and attract submissions - part of the reason why the Miles' first year festival was able to attract so many submissions from all over the world.

"In what I call the ‘old days' of festivals, it was really hard to do this sort of thing," Hal says. "Festivals have evolved into kind of another thing now."

Through a website called Without A Box, the couple was able to bring in 143 submissions from filmmakers in 15 different countries - giving credence to the ‘international' in Savannah International Animation Festival.

The submissions from around the world were also a subtle lesson in the importance of arts patronage.

"There's very little support for film and the arts in the United States, and you can tell, because we had so many submissions from Canada," explains Nancy. "The students and professionals can get grants. We need to have more of that.

Maybe this is one more way of getting it out there. We need to support our artists."

When the festival ends Feb. 6 with a proverbial "That's All Folks," there will be winners announced in the nine categories. Each will take home a unique award statue.

The SIAF will have the world's only animated award statues, built by Hal, and modeled after the praxinoscope, the first device to show animation.

It'll be a weekend full of firsts. 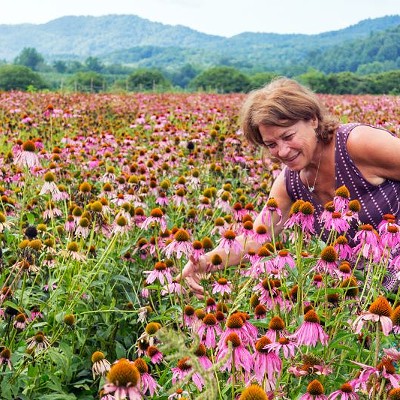 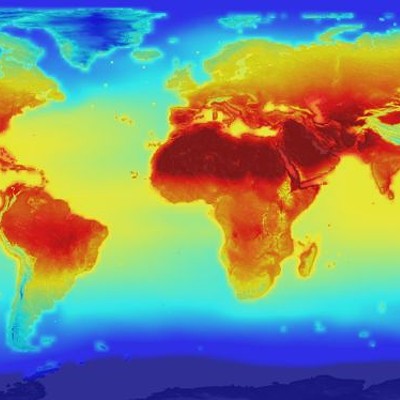 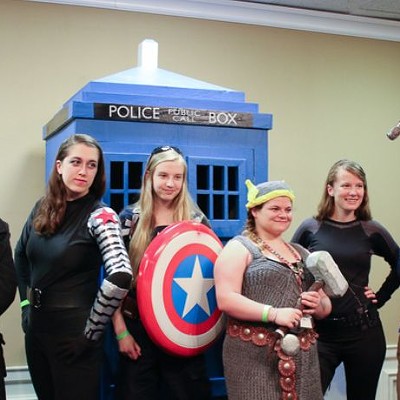 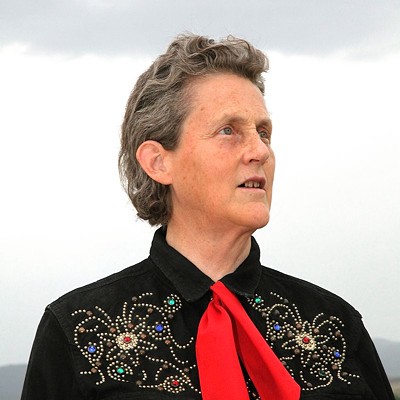