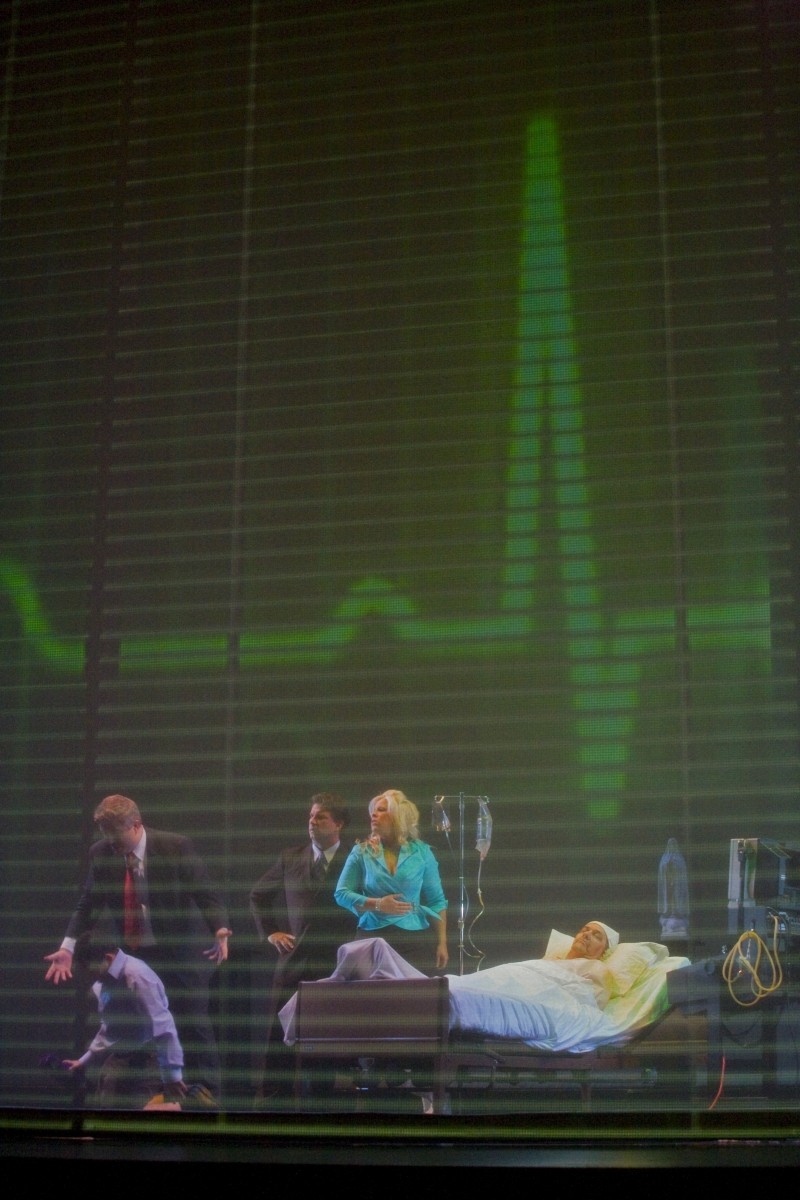 Innovative digital projection techniques will be used at the Lucas performances

"THERE ARE only two kinds of music. We do the good kind," smiles Rob Gibson, Executive and Artistic Director of the Savannah Music Festival.

The next chapter in the Music Festival’s efforts to bring the “good kind” to Savannah involves what may be its most ambitious project yet: Not one but two operas at the Lucas Theatre, in two double bill performances Friday night and Sunday afternoon.

“The Festival’s wanted to do an opera ever since I got here, but I also knew I really didn’t have the expertise to do it,” Gibson says.

“That expertise arrived in Savannah in the form of Maria Zouves and Sherrill Milnes.”

Legendary opera star Milnes and his wife Zouves, of course, are the force behind the relatively new Savannah Voice Festival.

This year’s double bill of Puccini’s Suor Angelica and Gianni Schicchi at the Lucas is a combined effort of the Music and Voice Festivals.

“It made total sense to try it, because Puccini’s music is so accessible and because these are two very short operas,” says Gibson —about the same length combined as a typical movie.

“And both these operas premiered at the Metropolitan Opera House about 100 years ago. So Puccini is very much a 20th century composer, very modern,” he says.

“Our society doesn’t allow for people to take in too much at once—it’s a sound bite society,” says Maria Zouves. “But these are two great sound bites.”

While opera still carries the stereotype of the Viking helmet-wearing soprano belting out Wagner, these works by Puccini are the opposite: Emotional, sexy, human—as befitting an art form which after all was entertainment for the masses in its day.

Not only that, Zouves says, but “The big deal about this production is we have a virtual set design which fits beautifully in the Lucas. Now we have a multimedia, visual element, all going on at once.”

The productions in the Lucas feature a cutting-edge digital technique in which images are projected onto bare scrims, bringing the fanciful, evocative settings of the two operas to life.

And though Puccini’s works are sung in Italian, you don’t have to speak Italian—all the words are presented in supertitles, ie. instant translations right above the stage.

“One is a tragedy, one’s a comedy. The idea is you watch the tragedy first, then after a short intermission you watch the comedy,” says Gibson.

Suor Angelica—the tragedy—“is in a church setting and there are all these Madonna images. It’s a very spiritual story about a mother’s love for her son,” says Zouves.

A princess has a son out of wedlock, and as penance is exiled to life in a convent, where she dabbles in herbal potions. When she hears her beloved boy is dead, she concocts a fatal poison to take her own life.

“But as she takes the poison, she realizes that as a nun she’s just damned her soul and won’t be able to see her son in heaven,” says Zouves.

“She prays, she is redeemed and finally is reunited with her son in death.”

At the helm of the Savannah Philharmonic for these special performances is guest conductor Eugene Kohn.

“It’s not that Peter Shannon’s not a great conductor—he is,” says Gibson. “It’s just that Eugene is an opera specialist.”

Zouves, a trained soprano and opera producer herself, says “The whole thing about opera conducting is style. Unlike a symphony, it’s about the period in which it’s written, about the composer’s style in terms of vocalism, about the breathing of the singers. It’s a human instrument, it’s liquid.”

While the Savannah Voice Festival will continue its own programming—including a much-anticipated Carmen this summer—Zouves says “The fact that we can produce this during this epic Music Festival is a huge coup for us. This gives us an opportunity that we as an organization don’t normally have. So that’s where the synergy comes in.”

Gibson concludes by stressing the altogether one of a kind nature of this special double bill:

“We’re doing something original and unique, and this is the only time it will happen exactly like this, with this cast and this orchestra and this staging,” he says.