Our picks for the most noteworthy gigs this week

Initially formed in 1999 as a one-off project to laud fallen Grateful Dead guitarist and figurehead Jerry Garcia, this Athens-based tribute act has steadily risen among the ranks of many similarly-themed groups. Today, they are widely becoming known as one of the most faithful practitioners of this most sincere form of musical flattery. However, that doesn’t mean they sound just like the fabled Dead. In fact, one of the things that befuddles some in the crowds —but which has won them the acclaim and friendship of many actual associates of the GD— is their willingness to remain true to the restless spirit of that legendary improvisatory band of psychedelic warhorses.

Using The Dead’s back catalog and voluminous library of officially-sanctioned bootlegs as their guideposts, Cosmic Charlie pull standout tracks and basic arrangements, but pride themselves on applying the same unpredictable nature the original band was known for to their own live shows. And it’s working out very well.

While CC still play regularly at clubs and small venues across the USA, they are increasingly headlining shows in theatres and large, outdoor festivals (including festivals The Dead frequented in their heyday), and it is not uncommon for former GD members or associates to sit in with the group on stage — such as keyboardist Vince Welnick, Ratdog members Mark Karan and Robin Sylvester, and GD archivist and songwriter David Gans.

Says Gans of CC’s devotion to the music he’s devoted a large portion of his life to exploring, “They really are a great band - they do this music the way it should be done: by having the conversation in their own voices.”

This show marks the 12th anniversary of Garcia’s death, and will be their only local appearance this summer. And, yes, unlike The Dead, they do take requests. Sat., 10 pm, Loco’s (downtown).

Say what you will about this multi-Platinum-selling group of ex-S.C. frat boys, they know how to put on a crowd-pleasing show. True, their music, production, and image is not what anyone might consider progressive or ground-breaking (unless you consider a black man fronting an all-white soft rock band in the South a progressive endeavour) —in fact, were it not for frontman Darius Rucker’s Eddie Vedder baritone, most might not even find the group’s recordings all that unique or memorable— but they have managed to stay together for approximately a decade longer than most of us thought they would.

While they’ve never been able to replicate the mind-boggling success of their major-label debut (which has sold in excess of 16 million copies to date), they maintain legions of loyal fans who snap up their lower-key newer efforts and pack their theater shows, State Fair performances, and resort amphitheater gigs like this one.

Nothing if not consistent (and increasingly more musically adept with each passing year), they are the very definition of a safe bet in the often risky world of rock concerts. If you’re a fan, you’ll likely walk away thrilled, and if you don’t actually despise them on principle, you’ll probably wind up surprisingly impressed with their energy and solid (if rather mundane) pop songwriting chops. Regional act Lost In The Media open this show. $30 tickets online at @ www.etix.com. Fri., 6 pm, Honey Horn Plantation (Hilton Head).

Over the past few years, a handful of fun and mildly adventurous jazz groups have spring up in our region. This spicy, dance-oriented combo —led by veteran percussionist David Lugo— is one of the only acts in the area to specialize in the Latin variant of this improvisational art form, and in a very short time on our local scene, they have found themselves quite in demand. If you normally shy away from seeing live jazz because of the stigma of elitism that unfortunately hangs over many jazz venues, give Latin jazz a try. You may find its funky, danceable rhythms and often festive vibe an easier entry into the overall jazz canon. Plus, both these bar/restaurant venues are about as relaxed as one can find in this area. Fri. - Sat., 9 pm, Jazz’d Tapas Bar + Sun., 6 pm, North Beach Grill (Tybee) - ALL-AGES. 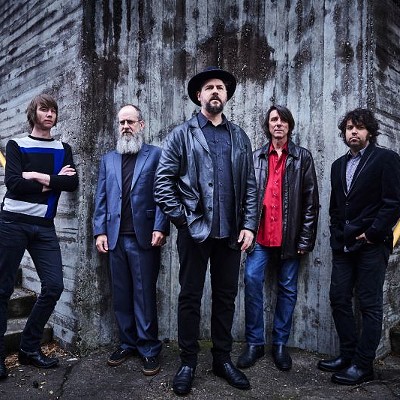 The future is bright with Futurebirds