Parker Millsap does things his own way

Parker Millsap has made it all on his own. Since putting out his first record in 2012, Millsap has garnered critical praise, toured worldwide, and found plenty of fans along the way (including Sir Elton John).

Two of his albums landed at number one on the Americana charts, and he’s made a real living for himself in music at not even 30 years old. Best of all—he’s done it on his own label.

Millsap is currently touring behind his 2018 release Other Arrangements, which showcases his signature blues-based Americana as well as his knack for writing stunning songs. He’ll be swinging through town at Victory North on Wed., Sep. 11, and we talked with him beforehand about all things music. 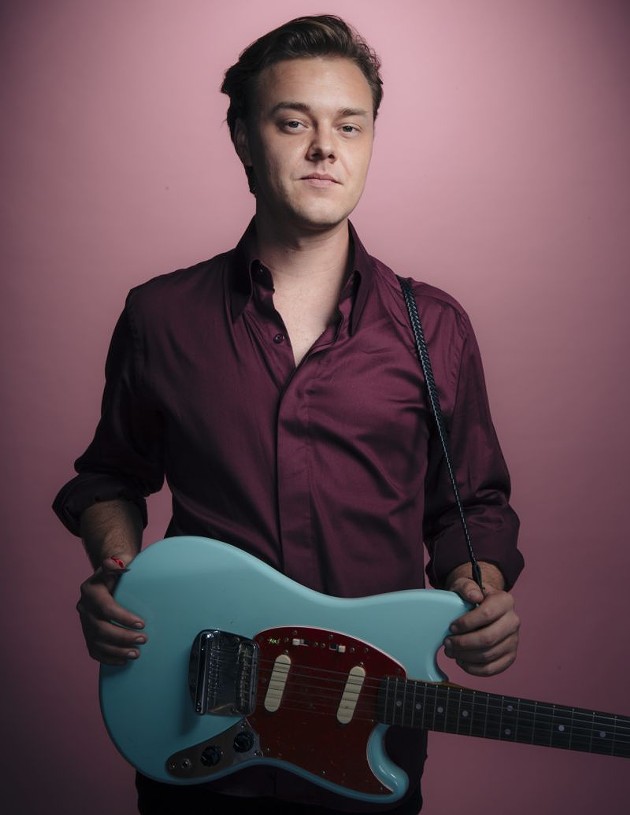 The first thing I want to talk about is the fact that you’ve had serious success over the past several years, all while releasing albums on your own label (with distribution from Thirty Tigers). What’s that been like, and do you remember a moment where you realized it was actually working?

Oh yeah! I think I was 20 when I moved out of my parents house. That was the defining moment [laughs]. I made records with high school bands, and then right after high school I made a record.

That was all on my own. I had no idea really how any of it worked; I just wanted to play music. So my big focus for a long time was playing shows, you know? I knew I could make money playing shows. Then I happened to meet David Macias [with Thirty Tigers], at exactly the right time when I was wanting to make a real record.

He explained their deal to me, and it’s really fair to the artist. I get to maintain ownership of my songs and my masters, which with most labels doesn’t happen. I had a few people recommend good music business books early on, so I was able to educate myself right around the time that I ran into Thirty Tigers.

If you don’t have a ton of money to put behind yourself, it allows you to kind of grow slowly. We’ve worked hard and gone out and toured every record, so our budgets are a little bit bigger every time.

You mentioned making records in high school and beyond—were you always doing the general musical thing that you’re doing now?

Sort of [laughs]. Really early on, my influences were a lot of gospel music and blues music. I grew up going to church and listening to a lot of those things.

And then I got really into guitar in high school, though I started playing when I was 9 years old. I started a couple of cover bands, and we did some Red Hot Chili Peppers and Jimi Hendrix and whatever else. All kinds of random stuff. Stevie Ray Vaughan songs so I could wank away on guitar [laughs].

Later on in high school, I got really into writing songs. My parents got me a really nice acoustic guitar, and about the same time my junior English teacher made us do a ton of creative writing.

One of my main influences as a guitar player is Travis Linville, one of my guitar teachers when I was 14 or 15 years old. He’s a singer/songwriter, guitarist, and multi-instrumentalist who writes amazing songs. He used a thumbpick and turned me on to Chet Atkins, and I’d discovered Mississippi John Hurt around the same time.

Through Mississippi John Hurt I found all of these other Piedmont Blues players, so I just bought a bunch of thumb picks and started banging away for multiple years before I could make any sense of it [laughs].

Do you feel like you grew up in a community that would foster musical talent?

Yes and no. People were always like, “Cool! You’re in a band and you play guitar.” But no so fostering as far as, like, this is something you can actually do as a career.

I live in Nashville now, where everyone is varying degrees of being a professional musician. But in Oklahoma, there aren’t a ton of people who make music for a living.

I moved to this small town in Oklahoma for a couple of years, and my wife got a job at the local paper. People were like, “Oh, what does your boyfriend do?” She said, “He’s a musician.” They’d say, “Oh, we mean for money” [laughs].

The environment was, “We haven’t heard him on the radio, so there’s no way that he could be a working musician.”

It took me a while to realize that I could do it, but as soon as I found out it was an option I said, “Okay, well, this is it for me.”

That being said, what do you think Nashville has done for you creatively or otherwise?

I mean, I think the biggest thing was the legitimacy of it [laughs]. It sounds ridiculous, but when people hear you live in Nashville they think, “Oh, you’re taking it seriously.”

I feel like I find out every day that musicians I know about or have mutual friends with live, like, two blocks from me. It’s nice to be reminded that you can do this.

What are you working on now?

I don’t want to say I’m always writing, but I’m always gathering ideas for songs. I am working on a new record, and usually what that means is sitting down with a guitar and collecting all of those ideas that I’ve been gathering together. What works, what doesn’t, what’s worth pursuing, what’s not.

A lot of times when I start that process, I’m surrounded by all of these songs and then more songs start to pop up. It’s kind of like this cumulative effect—the more there are, the more there are.