An Acoustic Evening with Patty Griffin and Lee Ann Womack

TWO GREAT American singer-songwriters have banded together for an acoustic tour, and Savannah is one of the lucky stops.

For just a handful of dates, folk sensation Patty Griffin and country queen Lee Ann Womack will collaborate, converse, and share songs from their incredible catalogs, side by side.

In 1996, Griffin released her debut album, Living with Ghosts. A&M Records was struck by Griffin’s initial acoustic demo recordings and used the untouched tracks as the record’s final release. The album is now a classic of minimal folk arrangement and songwriting and continues to inspire artists to this day.

On her second album, 1998’s Flaming Red, Griffin shook it up by blending upbeat rock songs into the mix, showing how well her writing chops carry over to full band arrangement. She continued the sound on 2013’s Silver Bell. 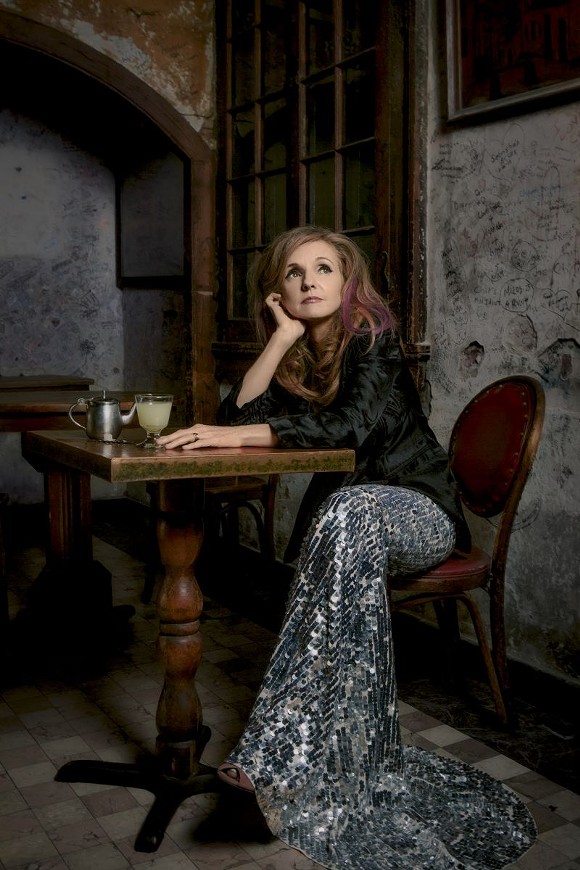 As Griffin’s fans connected with her gorgeously honest lyrics and the engrossing characters she conjured, so did her fellow artists.

Musicians like Willie Nelson, the Dixie Chicks, Emmylou Harris, Bette Midler and many more have honored Griffin by recording their own takes on her classics.

Over her career, Griffin has released nine albums, including the Grammy-winning Downtown Church and Americana Music Association-winning Children Running Through, which produced the radiant single “Heavenly Day.”

In addition to her solo career, Griffin worked with Robert Plant and John Bonham in Band of Joy, the folk rock/blues rock super-group.

Most recently, Griffin released Servant Of Love, a poignant record exploring the ways in which love seeps into human existence: our everyday rituals, our darkest moments.

As a prolific songwriter who bought her first guitar when she was 16 years old, Griffin doesn’t have one way of writing a song.

“It’s kind of an ever-changing process,” she says. “It changes all the time. I will say this about it: you gotta work at it. You gotta keep working.”

While she learned guitar in her teens, Griffin didn’t become interested in pursuing music until her marriage dissolved in 1992. Over the years, she’s honed her voice and narrative as a writer.

“It wasn’t until my late 20s, early 30s that it sounded like [the songs] were coming out in my voice on a regular basis,” she says. “You go through other people’s ideas and forms, and then you get to your own thing.”

Griffin writes from personal experience and from the perspective of characters. For both processes, she listens to her inner voice. 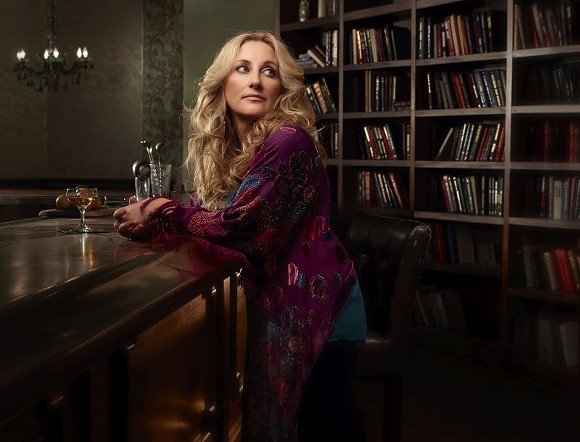 “I’m not really sure how that works,” she says. “It’s more like there’s an occupation of something inside you. Songwriters speak visually. Other writers say characters follow them around and you have to tell them to be quiet. I don’t think it’s uncommon to have an experience where someone shows up and tells a story and I haven’t planned on writing it that way.”

The mid-1990s was a seminal time for women in folk and country music—CD collectors nestled Griffin’s albums alongside those of Shawn Colvin, Tracy Chapman, and Indigo Girls, while Womack was ruling the charts alongside boot-sporting divas like Reba McEntire and Shania Twain.

After several years as a professional songwriter, Womack hit the charts in 1997 singing the winsome, old-school country-inspired “Never Again, Again.” “A Little Past Little Rock” and “I’ll Think of a Reason Later” won her a devoted following.

Womack’s style and arrangements were a refreshing return to country-western tradition. Though her voice recalled genre greats like Tammy Wynette and Dolly Parton, the 2000 crossover hit “I Hope You Dance” showed that Womack could dominate the pop charts, too.

That inspirational ballad hit No. 1 on the Billboard Country chart and crossed over to the Billboard Hot 100. It was awarded “Single of the Year” at the 2000 County Music Association Awards and cleaned up a number of prizes at the Academy of Country Music Awards and Billboard Music Awards. After September 11, 2001, the song had continued staying power for its uplifting, through-all-odds message.

Womack’s most recent record is the highly-lauded The Way I’m Livin’, a progressive take on traditional country that weaves stories of the down-trodden and dances with the devil.

Though they may run in differing musical circles, Griffin and Womack deeply admire one another’s work and enjoy collaborating at any opportunity.

“We bumped into each other a lot over the last years and have gotten to sing together once or twice and hear each other sing,” Griffin says.

“I’m a fan, a massive fan, of hers, and we talked about doing something together. She’s one of my favorite singers and one of the bet there is; she’s just inspiring.”

While Griffin notes that tours like theirs aren’t uncommon, having different fan bases will benefit both performers and their audiences.

“I think it’s pretty standard to do things like this,” she notes, “but what’s really cool about this tour is, for me, the idea of playing in front of people who will come see her who will have no idea who I am and I think, vice versa, she’ll find new fans. I know a lot of people are going to fall in love with her. She’s also a brilliant songwriter as well; that’s not as well-known about her. I’m ready to toot the horn.”