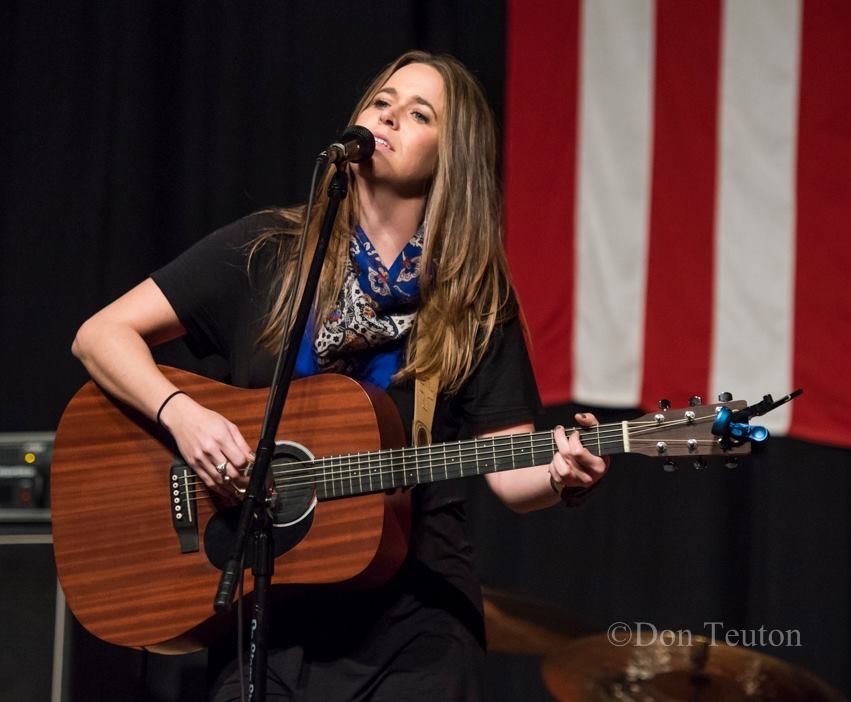 Payne Bridges may have arrived in Savannah over a decade ago with no musical knowledge, but she is now an artist with a unique style and voice that can be found playing at some of the city’s most popular live music hubs.

Growing up in Southwest Georgia, traditional Motown Country Music was a staple in her house. This is the sound that sparked the imagination of Payne and made her fall in love with music.

At age 22, she decided that music was her path and began self teaching herself guitar.

“I just got online and started looking up where to put my fingers, chord sheets, and stuff like that,” she says. Today, her guitar skills are a key part of her musical career along with her lyrics and vocals.

As with most people, her appreciation of music expanded with age.

“I grew to love pop, rap… honestly there really isn’t a genre I don’t like.”

This open minded view of music is apparent in her work, as she notably blends multiple styles into something all her own.

“I would describe my style as country pop with blues influence and soulful vocals.”

Like many of the blues and Motown country artists before her, Payne loves to harness emotion to fuel her music. But unlike these artists of the past who relied mostly on the sad human experience, Payne likes to shed light on the brighter experiences of life, as well.

She explains, “I have a song called ‘Spins’ that I am very proud of and it hits on the positive feelings of love.”

From unexpected beginnings, Payne is now a well known figure in the Savannah music scene, a scene she holds in high regard.

“Here it seems like the mentality is ‘if one person wins, we all win’ so I really love that. I love the collaborative aspect. There are a lot of people who play in multiple bands and it is viewed as a good thing.”

The EP is a self created project that also includes a variety of local artists from the area.

Fans of her music can catch Payne playing at a variety of locations around town.

Foxy Loxy is just one of the locations where Payne has a scheduled upcoming performance.

Though she has made waves within the Savannah music community, Payne isn’t planning on slowing down anytime soon. She has her eyes set on expanding outside of Savannah with her art, as well.

“I have always dreamed and will truly make it happen one day, to do an east coast tour from New Hampshire down to Florida.”

In addition to this, Payne wants to expand her recorded music resumé.

She explains, “I’d love to do another recording project. I’m trying to get all of the songs and content together and get the right people in the room for that, but it is for sure a goal of mine.”

For locals looking to catch a Payne Bridges show, she is scheduled regularly around town in the city’s favorite live music spots such as Service Brewing, Edgars Proof & Provisions, Foxy Loxy, the Wyld, and more.

And for fans wanting to end the year with great ambiance and even better music, Payne is scheduled to perform on the Foxy Loxy patio on Dec. 30.