Payne Bridges in her element

GA Flame, LA Burn is a four-song snapshot of Bridges’ abilities to be an acute observer 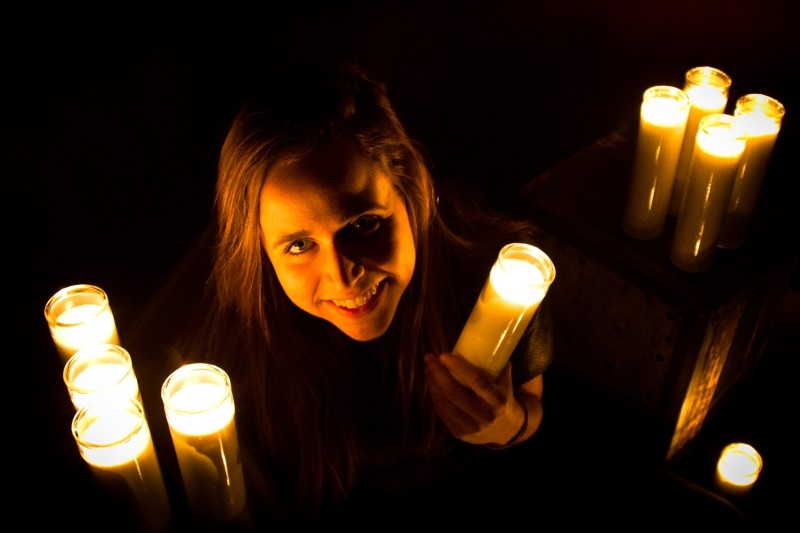 FOUR years ago, Payne Bridges moved to Savannah without knowing a single guitar chord. But on Friday, backed by some of Savannah's finest musicians, she's going to show everyone what you can achieve if you set your mind to it.

In an all-ages celebration at the Landings Harbor Marina, complete with food, bonfires, and a photo booth, Bridges will release her debut EP. Comprised of four original songs—some of them among the first she ever penned—GA Flame LA Burn shows how far the Albany, Georgia native has come.

“I can look back at each year and see how much I’ve progressed,” says Bridges.

Before moving to Savannah to attend Armstrong State University, she enjoyed wiling away the summer hours at home on a front porch with friends, neighbors, and musical instruments.

“We were all really close, and I was inspired by them,” she says.

Missing the creativity sparked by community and nearby instruments, Bridges found herself creating her own tunes. She resolved to learn guitar herself, and hasn’t looked back since.

As a songwriter, Bridges is inspired by the narratives that unfold around a campfire’s glow and the stories that she reads: most recently, she’s been immersed in an F. Scott Fitzgerald biography, and hints that a song exploring the bond between Fitzgerald and fellow expatriate Ernest Hemingway is on the way.

Her songs have a laidback, pop cheer to them with a hint of country flavor; it’s easy to see how those times spent on the front porch informed her instrumentation.

“I grew up in South Georgia—you can’t escape country there,” Bridges laughs. “It’s engrained in me!”

GA Flame, LA Burn is a four-song snapshot of Bridges’ abilities to be an acute observer; on the EP’s title track, she captures the thrill of a friend’s first love. Her vocals have a grounded, breathless rush to them; over a brisk acoustic guitar rhythm, electric guitar swells, horns and violins, the tone wraps listeners up in the story’s romance.

Of course, it wouldn’t be Southern storytelling without a little color thrown on.

“He looked just like Charlie Daniels,” remembers Bridges. “I think he was even playing a Charlie Daniels song. I asked him to play an original, and it was just incredible. His eyes were closed, his breathing was really shallow...it was moving to watch.”

Bridges teamed up with local open mic host and guitarslinger Craig Tanner to create GA Flame LA Burn. Having heard the production work he did on his own band’s record (American Hologram’s Same Blue Sky), Bridges knew he was the right match.

“Craig is a great friend,” she attests. “He’s passionate, hardworking, and patient, which is so important.”

From November to February, they recorded in multiple homes using a good mic and the tools at hand.

“We used what we had and took a roots approach to it,” Bridges explains. “He gained experience in recording, and I got to experience what it takes to record.”

Tanner, Tkach, Bowers, and Thomas Mole will join Bridges onstage for the release party. Set at the Landings Harbor Marina, known for its gorgeous view of the Wilmington River, Bridges is creating an experience that she hopes will unite Savannah’s music scene regulars with islanders who may not frequently go downtown for shows.

“I had this vision of a big bonfire with white lights everywhere and several fire pits throughout,” she explains excitedly. “I just love the feeling of everyone being together around the bonfire, sitting and talking in this comfortable, relaxed environment.”

For a $10 suggested donation, guests get a GA Flame LA Burn CD, stickers, food by Your Pie, s’mores, and pics in Katie McGee’s photo booth. Bridges advises that the show is BYOB. Guitar guru Ethan Stewart will open with a rare solo set.

“This was such a communal effort,” Bridges says. “I just love Savannah; this city is incredible.”

Fans, friends, neighbors, musicians, and even the youth Bridges works with through Young Life will be there to support; she looks forward to celebrating all of the ties of Lowcountry kinship.

“I just want to keep it simple and about people being together,” she smiles.