As it was being built a handful of years ago, I thought the Perry Lane Hotel and their adjoining restaurant Emporium Kitchen and Market had all the potential to be a hub of activity in the center of Savannah’s Downtown Historic District.

This was going to be a great addition to the downtown Savannah hotel and especially food scene.

Perry Lane’s rooftop venue, Peregrin, was an instant hit. And why not? It’s not only beautiful but offers Savannah’s best views of the city. That cannot be argued.

Downstairs, Emporium was one of my go-to spots ‘center city’ for a quick bite. I think we’d all agree the biggest constant in the restaurant business is change. Emporium’s chef moved on and there was a transitional period. I ate there once while they were between chefs and decided it would be best to wait until they had steady leadership in the kitchen.

Little did I know that the wait would be nearly two years.

“I got here in January of last year.” Says Director of Culinary Jeff Axline “we were just getting rolling when everything shut down.”

Raise your hand if you’ve heard that before.

While we were all getting ‘2020’d’ Chef Jeff was, like everyone else, just trying to figure it out as they went along. Late in the year, he decided to take a 2 month medical leave. “I figured 2020 sucks, let’s just go ahead and knock this out.”

That has meant the better part of 2021 has been spent really getting his first crack at a full run through the calendar. So far, so great.

I had dinner at Emporium Kitchen a couple of weeks ago. I would put that meal in my top 5 I’ve ever had in Savannah. That’s saying something.

My ‘Market Catch’ was served on Georgia Shrimp Pirlou with Andouille Sausage and Shrimp Bisque. I told the Instagram crowd that I could see myself sipping that bisque from a coffee mug while watching cartoons. Not that I’ve ever done that before. I think. The bisque was wonderful.

The Short Rib came highly recommended by a friend, but we opted for the Wood Fired Grilled Filet. Pommes Aligot (Cheese and Garlic Mashed Potato Blend) was other-worldly. So. Incredibly. Good.

The only Southern flag waving at you on their menu was the obligatory Shrimp and Grits.

Does this mean it’s a Southern menu?  Not at all.

“I would say we have Southern elements, but I wouldn’t say we are Southern,” Chef says.

“There’s something to be said about the classics. When I got here, things were a little too French for my taste.”

Any new chef is overhaul a menu. That’s to be expected. But what has been done here at Emporium is fantastic. Oysters are back, perhaps in limited varieties for now. The mojito mignonette was exceptional.

The wine program is being developed in large part by Amir Adane, who just came over to Emporium after seven years at The Collins Quarter.

Amir wore many hats at CQ. The locals all know him. He told me it was time to expand his resume a little bit in a larger hotel setting. Emporium is lucky to have him. It’s a perfect compliment.

More good news is that the scene on the roof at Perry Lane is getting back to more of what it was pre-shutdown. Peregrin had spent the better part of the last year as a sit down restaurant with a limited menu and wine list, both of which, frankly were underwhelming. But Chef Jeff tells me all of that addressed. Fabulous Equinox Orchestra returns for limited Monday night engagements on September 13th with the most spectacular backdrop in the city.

Meanwhile, back in the kitchen, Jeff and his crew are gearing up for a rockin’ end to the year. There are plans for Thanksgiving and Christmas feasts, wine dinners, Tuesday tastings and more. And oh yeah:

“We’ve got weddings every weekend in September. Back to back to back” he says.

Same as it ever was, right?

Give Emporium a go. I happen to think you’ll Eat It and Like It. 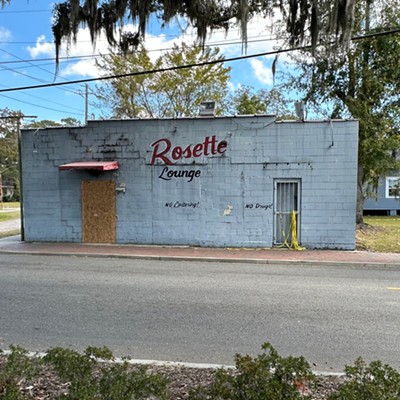