Midtown Pickers give back with Hospice Savannah benefit

Expect to see many familiar Picker faces on both the bar.food and coffee.deli list

SINCE 2013, music lovers, professional players, and amateur musicians alike have gathered in the ample space of Habersham Village’s coffee.deli to share tunes and make memories.

The Midtown Pickers have served as an inspiration to their community, growing into a family of guitarists, singers, percussionists, and more. Some nights, they’ll circle up and riff on a classic tune that everyone knows; other times, individuals will share their original songs and receive feedback and encouragement from their peers. It’s grown into a warm, inviting environment, and with good eats and hot drinks behind the counter, there’s plenty of reason to sit and stay awhile.

“We’ve got an age range from 10 to well over 90,” Holland chuckles. “We want everybody to be there.” 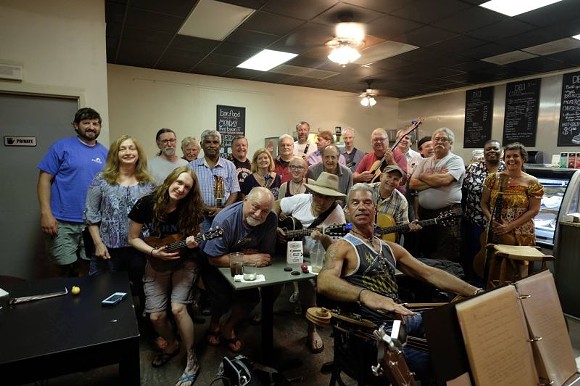 Photo by Jerry Harris
The gang’s all here! The Midtown Pickers gather every Wednesday at coffee.deli to enjoy tunes and an inspiring, family-friendly atmosphere.

Not long ago, the group began brainstorming ways to give back to the community. Previously, some members had visited Hospice Savannah, guitars in tow, to play and sing for patients.

Two beloved, faithful members of the Midtown Pickers family, Susan Deason Sheard and Ace Harris, recently passed in the care of Hospice Savannah within ten months of one another. As the players reached out to the family in support (the Pickers selected Sheard’s funeral music and, before her passing, even played on her porch in the late stages of her cancer), it became clear that Hospice Savannah was the perfect organization for which to throw a benefit show and auction.

The Pickers, about a third of whom are professional musicians, have prepared a Summer Nights party to celebrate the nonprofit’s 37th birthday and bring awareness to its community contributions.

“There’s a lot of talent in the room,” Holland says of his fellow Wednesday night Pickers. “We wanted to give back.”

The Pickers’ home of coffee.deli hosts half of the entertainment on Saturday, and the fun spills over a few doors down to proprietors Johnny Baker and Paula Letcher’s other Habersham Village business, bar.food.

Once word spread about the evening, the musicians responded in droves, resulting in a night packed front-to-back with original, local music.

“We started with thirty-minute slots for performers,” Holland says. “There was so much interest, we’re now down to fifteen-minute slots!”

Expect to see many familiar Picker faces on both the bar.food and coffee.deli list.

Coffee.deli will also host a silent auction chock-full of tantalizing goodies and fabulous rewards. Prizes include guitars, a weekend condo rental on Tybee Island, restaurant gift certificates, gift baskets from local businesses, and more. Holland says that a new raffle will occur right before each act.

“We want it to be festive,” he says. “The community has been incredible with their support of Midtown Pickers, now we’re asking for them to put monetary value in showing their support for Hospice.

“We hope that the community will be generous. It’s a good show for Hospice. We’re just trying to have fun and raise funds.” 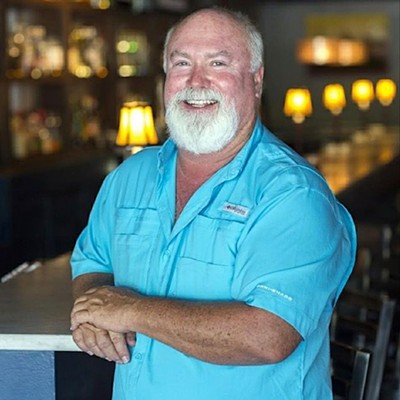