Pins, Patches & Pints: A match made in Starland heaven

THIS Saturday, head to Starland for some good neighborhood fun.

Pins, Patches and Pints starts at 11 a.m. and showcases over 20 pin vendors from five states.

Local artists Chris Smith of Quarter Press and Holly Oddly have wanted this event for quite a while.

“This is something Holly and I have talked about for at least a year or more,” says Smith. “Why is nobody doing this? We want to be doing this! In California, they have them three or four times a quarter, it seems like, but nothing was ever coming down south.” 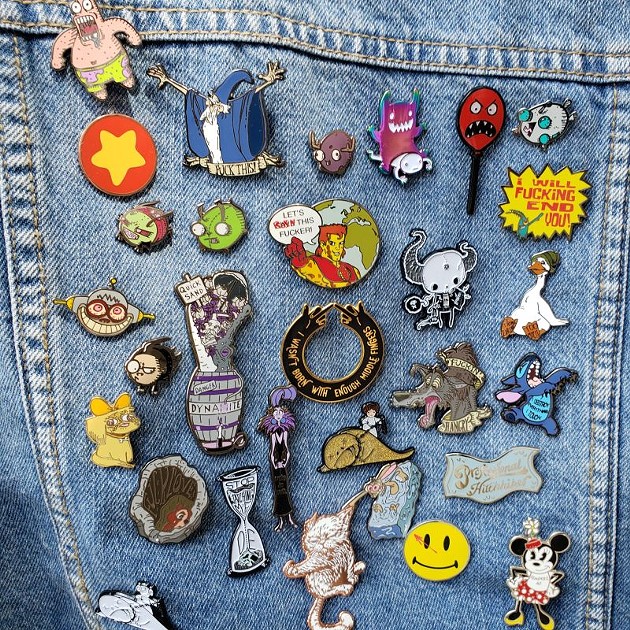 “It’s three years this summer since I came out with my first pins,” Oddly remembers. “It’s just something that, for ten dollars, you can walk away with a unique piece of art from an indie artist. It’s such an accessible way to enjoy art. It’s insanely addictive to collect them—I have so many pins myself. If you have an interest, there’s a pin for it.”

It was easy for Smith and Oddly to find vendors for the event since they’re both involved in pin culture.

“We put out a call, but ultimately, most of where our response came from was reaching out to people initially,” says Smith. “We did some searches and tried to find people that were maybe about a day’s trip away, since this is a first time event. We knew there were a bunch of people around here just from people we’ve already made contact with. Tittybats and their empire is a big part of it—we wanted to make sure he would be on board.”

“People know exactly what you’re about when you’re wearing a certain pin,” says Oddly. “It’s such a conversation starter. I think that people who are artists that wear pins are sometimes a little socially awkward, so if somebody can approach you first about your pin, that’s great.”

Partnering with Two Tides Brewing Company was also an easy choice for Oddly and Smith.

“We knew Liz [Massey, of Two Tides] and Forest and Fin had been doing the street markets, and that was a space that could be available, so we contacted Two Tides and they were interested,” says Smith. 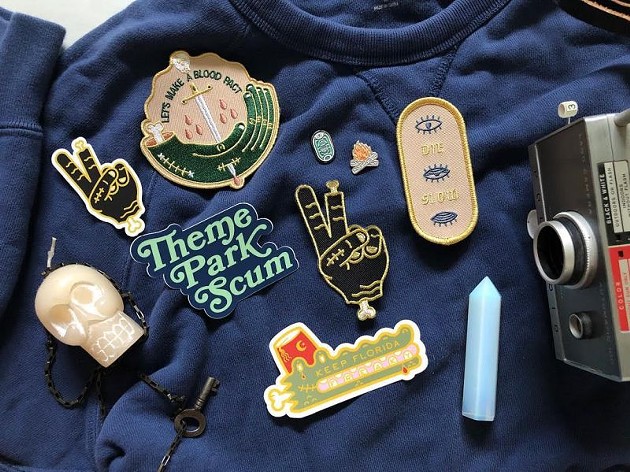 “Working with them was also kind of a dream, because they are a lot of fun and so awesome,” adds Oddly.

“We’re all about doing events that we ourselves would want to go to,” says Massey, “which helps since I have to work them that I get to have fun and be there. I think this event in particular is so Starland and a really good representation of Starland. With the neighborhood growing and changing, it’s fun to keep these kind of events alive and strong snice I think it’s what the community thrives on.”

The Starland neighborhood is important to Massey.

“I went to SCAD and lived in this neighborhood while I was going to SCAD,” she says. “That was our whole goal as a business, just to fit in with what’s already happening in Starland and not trying to reinvent the wheel or create something the neighborhood didn’t want. We’re all about making beer that we like to drink and giving back to the neighborhood that allowed us to be here in the first place.”

For attendees of the event, there are plenty of exclusive perks that come with getting there early.

“Right when the event starts at 11, we’ll be releasing the rye IPA,” says Massey. “It’s only canned, 120 pints, so if you want to get here and get the special beer that Holly’s designed the label for, then you have to get here right away.”

“Each vendor is going to have like three or four pins that with a purchase, they’ll get a free pin,” adds Smith. “It’s a really special kind of thing.”

For Smith, Oddly and Massey, the event is about more than just selling some beer and merch.

“It’s so much fun when you do an event here in the Starland district and see somebody who comes to every single event here that lives here, and you have an ongoing conversation with them,” says Oddly.

“I think it’s more and important to support local as Savannah grows and Starland grows,” adds Massey. “That’s definitely what people in this neighborhood want. We have a different vibe from downtown—we don’t have a Starbucks in Starland, and that’s great. It’s important in so many ways. You’re supporting families when you support local business. A lot of our customers own their own businesses and even just from doing the event, that’s making this neighborhood more walkable. You’re meeting your neighbors.”