Performances will take place across multiple venues at the district

For a full schedule of upcoming performances, visit plantriverside.com

SAVANNAH'S NEWEST entertainment district, Plant Riverside, is getting seriously musical. The expansive new attraction features several venues across the property, and each venue will host a regular lineup of live music on outdoor stages.

The vision was that of Richard Kessler, the brains behind the project. But the music is being overseen by Jeremy Davis, best known as the leader of the Fabulous Equinox Orchestra.

“We’re super thankful to Mr. Kessler for having an amazing vision for live music entertainment here,” Davis tells Connect. “He’s invested a lot in making this the biggest and best place to enjoy food and live music. And it’s literally around the clock. We have music seven days a week.” On any given day, you’ll find piano players, organ players, and other talented artists taking one of the stages to entertain patrons. 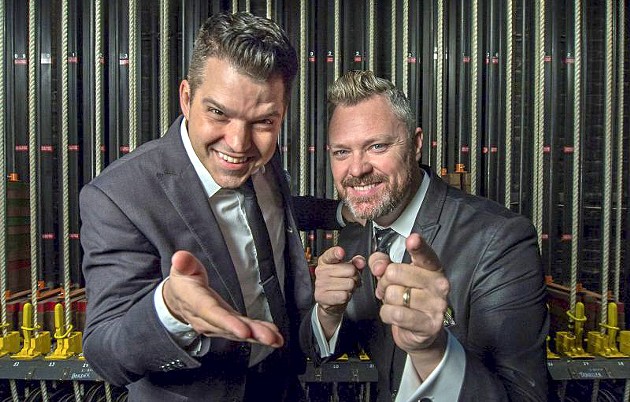 So far, Plant Riverside has seen live music from the likes of Kenny Munshaw, Eric Jones, and Davis himself in a pared down version of the orchestra. Working to bring music to the district has been a labor of love, especially during these uncertain times where everyone is trying to figure out how to move forward safely.

Response to the live music offerings has been warm so far, with Davis saying he’s gotten good feedback from locals.

“I had one guy come up to me who’s lived in Savannah his whole life, and he said, ‘I cannot believe that this is in my city.’ Any night of the week, you can come down here and experience something that’s on par with what you’d experience in Las Vegas,” Davis says.

Savannah Cirque, Davis reveals, is even staging performances with some of its members on Plant Riverside’s stages.

“They have all kinds of really cool artists that are performing down here,” he says. “There’s really something for everybody.”

Of course, there’s the going concern of safety precautions given the pandemic, which Davis says they’re taking very seriously. One major plus to Plant Riverside’s setup is that both major venues on the property are open air.

“We are trying to be very careful,” he says. “We’re trying to be safe and responsible adults, so anytime you can do anything outside is kind of a win. The Orchestra is doing outdoor shows; almost one a week. So the fact that we’ve got two open air venues is a huge blessing—the Electric Moon and the Plant Riverside District stage.”

Tables and tickets moved particularly fast for the Orchestra’s first major gig at the venue, which is also their first major Monday night performance since the pandemic began.

“There’s a venue here called Beethoven’s Terrace, which is overlooking Generator Hall, which is a pretty spectacular location. The second we launched that show, the tables were sold out in 48 hours. I think it’s a testament to the fact that people are ready to get back together. They’ll have their mask and be safe, and enjoy dinner before the show,” he says of the show.

“We also scaled the band down, and we spaced the tables with a little more social distancing than normal.”