Editor's Note: Politicians vs. Teachers is an easy choice

THIS PAST FRIDAY, a Category F1 tornado made a direct hit on the Oatland Island Wildlife Center and tore the roof off of Marshpoint Elementary School, just as the school year is set to begin. 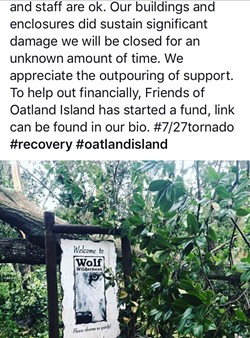 A screenshot of a post by Oatland Wildlife Center after the F1 tornado strike.

No people were injured in the incidents, and none of the animals were injured at Oatland Island, a gem of a wildlife and habitat conservation site owned and operated by the Savannah-Chatham County Public School System.

But the devastation was so intense that Oatland Island will be closed indefinitely to repair the damage.

The life of a rank-and-file teacher or educational staffer in the public schools is difficult enough, given the chronic lack of support at the state level, the frequent dysfunction of the local school board, and the expectation that our lowest-paid civil servants should be responsible for solving many of our most troublesome societal ills.

Not to mention the occasional tornado to worry about.

The least teachers should be able to expect is for local leaders to have their backs. They are often disappointed there as well.

Mere hours before the tornado would hit Marshpoint, Savannah City Alderman Van Johnson made a controversial, now-deleted Facebook post which he later explained was just “teasing my friends on my personal page.”

“To all those #Savannah #SCCPSS teachers dreading their return to work today... Welcome back to reality. Most of us do this all year long!”

The response to the post was immediate and angry, with screenshots being shared hundreds of times.

The gist of most of the reactions was an insinuation that it is Johnson himself who has a poor understanding of the “reality” of the life of a schoolteacher.

In this era, many or most of us will eventually find ourselves in some kind of social media controversy, yours truly included. Van Johnson is far from alone in this regard.

What matters is what you learn from the experience. Johnson’s follow-up post stopped short of an apology, and instead offered a “friendly reminder” that this was done on his personal Facebook page, and anyone not behaving up to standards would be blocked.

The normally savvy and measured Johnson stepped in it this time, for sure. If it is true, as is widely assumed, that he will run for mayor, the “joke” could potentially come back to haunt him in a close election.

Then again, if the behavior of certain other frequently re-elected Savannah City Council members is any guide, it’s highly unlikely that a local election will hinge on a Facebook post. 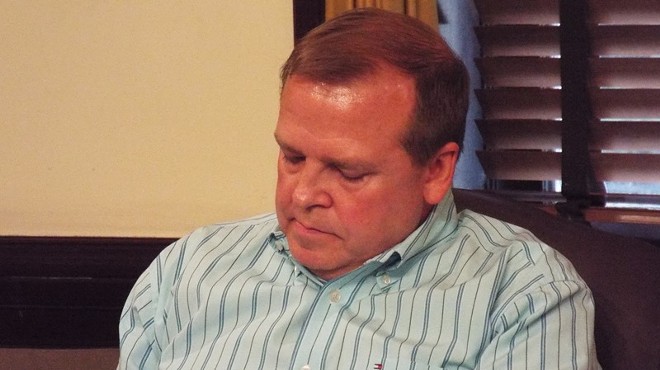 In any case Johnson has a wide range of community support based on his years of public service — including, to be fair, from many schoolteachers.

Teasing or no, his post reflected a willingness to punch down, without remorse, on a constituency often perceived as disenfranchised, overworked, and underpaid.

And in this case, a constituency dealing with natural disaster to boot.

Keep in mind that not only is Van Johnson a member of City Council who gets a paycheck, albeit small, for his elected role as First District Alderman in City government.

Johnson also gets a taxpayer check from Chatham County government, for his role as Assistant Human Resources Director for the county. (He simultaneously also bears the somewhat cumbersome county government title, Manager of Talent Management.)

To most objective people, this double (triple?) dipping would seem to be a rather large and obvious conflict of interest, no matter who we’re talking about. But nonetheless it’s a situation which seems to enjoy a high degree of tolerance locally.

Think about the public response if I were to run for office while simultaneously keeping my job as editor-in-chief here, and continuing to opine and report on various local political issues.

The outcry and attack would be long, loud — and completely justified.

Taking Johnson himself out of the equation, what would you think if a person singled you out for “teasing” who was not only an elected official with one government body, but also had a high-level, influential position with another government body — a position potentially involving hiring and firing?

Would you feel bullied? Insulted? Intimidated?

Would you possibly even think that your livelihood might be threatened, given the scope of Johnson’s position within County government?

To be clear, just so you don’t think I’m being hysterical about this:

Johnson’s Facebook post was nowhere near as egregiously insulting and beneath his position as, say, the daily rantings of Savannah’s Sixth District Alderman on his own personal Facebook page, which contains all kinds of brazenly personal and profane insults and direct threats against public figures and private citizens alike.

Not to mention the daily social media musings from the White House, nor the bizarre, racist escapades of now-former Ga. State Rep. Jason Spencer, caught on camera being himself by Sacha Baron Cohen.

On a scale of 1 to 10 in terms of disgusting and unprofessional media shenanigans by elected officials, Van Johnson’s faux pas isn’t even a blip on the radar.

That said, the internet is forever. And Johnson has some fences to mend. He is a skilled enough politician that he almost certainly will do so.

More importantly, there are fences (and many other things) to mend at Marshpoint and at Oatland Island.

Oatland Island, especially, needs your help now, above and beyond what the school system is budgeted to do for them.

The organization Friends of Oatland is the official nonprofit arm of Oatland Island Wildlife Center, with a citizen board dedicated to assisting the school system in “preserving the ecosystem and education programs and maintaining the Visitor’s Facility as a community asset.”

Go to their website at www.friendsofoatland.org to donate via PayPal toward the recovery of this vital education and preservation site.

Follow them on social media and look for the hashtag #PawsandClawsUnited for other fundraising initiatives.