‘And Justice for All’ marries art and sociological issues

And Justice For All 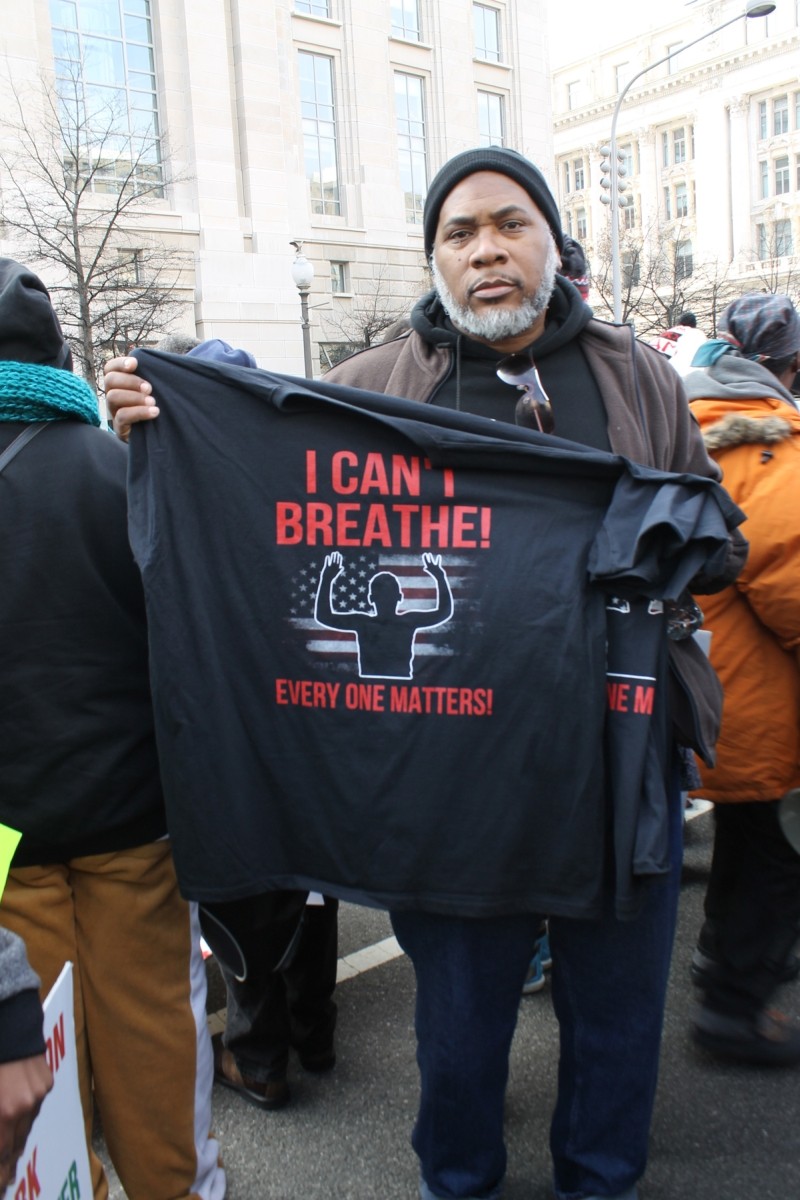 In addition to photos like these—which are full color in the show—looped footage from the rally will be projected on the gallery wall, the figures life size.

"THE reason you need to talk to my wife is because the fact that we are sitting here has everything to do with her. I'm just not gonna lie about it," says Craig Imar Butts.

Assembled in Indigo Sky Community Gallery—artist Jerome Meadow’s Waters Avenue gallery and studio—Imar, as he goes by, and his wife, Sharon Butts, recount their journey to Imar’s first artistic exhibition, “And Justice for All” opening this Saturday.

Last year, Imar heard the local Men’s Action Network (M.A.N.) was offering a free bus ride to Washington DC for a December 13 march. This was an opportunity for thousands to unite in response to the loss of black lives at the hands of police, most recently Michael Brown and Eric Gardner.

“I felt I had to go. I have a young son who’s 21 now. It very much could have been him. I’m still concerned about that now,” says Imar.

So the lifelong photographer found himself in DC as one of 10,000 standing in solidarity with a camera documenting the historical occasion.

In his images there are seas of people each in their own stage of grief—denial, anger, bargaining, depression, although the final stage of acceptance is clearly absent. Signs call out for justice, change and simple respect.

“We got to see people from all color, all backgrounds, all races who had that same consciousness, that same deep concern about where the country was going in the area of police violence. Part of the feeling I got there was a deep down shock that this could actually be happening,” says Imar.

Sharon recognized the power of the images and suggested a small display of the images in part to thank M.A.N. and members of the International Longshoremen’s Association, who helped provide the bus.

“It was after that I realized I was not the only one who thought they should be exhibited some place. So we were guided to Jerome’s studio, showed them to him and he said, ‘oh yeah, we can do this,’” says Sharon.

Through the dynamic creative energy of their partnership—Imar as artist and Sharon as curator— the exhibition has grown far beyond the original scope.

“In looking at the photographs, they were alive to me. I was moving through the crowd. I was connecting with the people who were in those photographs. I wanted to stand side by side with them. To me that was what the rally was about—that camaraderie, that solidarity, and to be a part of that,” Sharon says.

This was her inspiration for the exhibition’s design. Not limited to the wall, there will be images hanging throughout the space, inviting the audience to walk through the images of the crowds, as if mingling among the marchers.

Imar also worked with a videographer to chronicle the rally. He will be projecting looped footage onto the gallery wall, the figures at life size.

“You’re going to get a sense of what it would feel like if you were standing at the front of the crowd and the crowd was walking towards you,” says Imar.

Meadows will continue Indigo Sky’s tradition of offering thought-provoking conversations during the opening reception between exhibiting artists and community leaders.

Imar and Sharon will be speaking with noted photographer Jerry Harris “about the power that photography brings in marrying art and sociological issues,” says Meadows.

“So the average person who may have come for one or the other, after the conversation, will be able to go back into the gallery and find an expanded appreciation for what that visual experience is about.”

“I hope that they get an understanding that this is still an issue that needs to be addressed, that it has not gone away and that by them being a part of this exhibit they are keeping it alive,” says Sharon.

While this is not the couple’s first joint venture—they also run a publishing company, appear on black talk radio shows, and run a non-profit, Unity in the Community—they are both stepping into new roles.

“We kind of pushed each other to where we are today,” says Sharon.

Meadows seems to have also encouraged the couple’s growth. It was he who correctly identified Sharon as the curator, and supported the expanded exhibition design.

Through them, Meadows’ found his own sense of encouragement. They were brought to his studio when he was consideringwhether to continue to keep the gallery open after a decade.

“So the universe sort of gave me these answers by way of these really interesting and pertinent exhibitions that I couldn’t say no to,” says Meadows.

While Meadows remains unsure about the gallery’s future after this season, it’s clear the need for compelling exhibitions such as “And Justice for All” will not cease. Hopefully, neither will Indigo Sky. 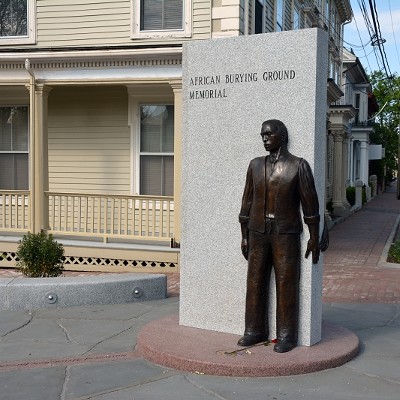