Editor's Note: Connect contributor Pat Longstreth participated in this past weekend's Poverty Simulation, a frequent event organized by Step Up Savannah for over a decade. He was inspired to file a three-part special report on his experiences. Here is Part One.

Tune in next week for part 2 of 3, where Rita turns to petty theft.

"THIS ISN’T just a game," explained Kate Blair, Director of Development and Communications at Step Up Savannah. "The more you become your assigned character, the more you’ll get out of this experience."

It was an extreme departure from my actual life as a 37-year old privileged white man with no kids, running my own computer graphics business from home, and receiving free health insurance from my wife’s union benefits.

My “Dad” was Robert, a 40-year old single man working at the “General Employer” making $1570 per month. In real life his character was played by a sweet 16-year old African American girl who volunteers for the Chatham County Commission. 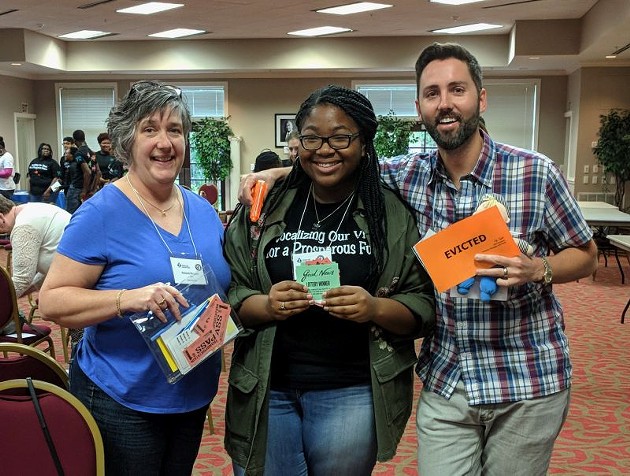 The “Rodgers” Family: At left, “brother” Roland; in the center, “Dad” Robert; and at right, “Rita Rodgers” aka the author.

My “Brother” Roland, a 9-year old with ADHD, was played by a white woman who came here with a few members of her church.

We all shared a three-bedroom house (grouping of 3 chairs) along with “Ryan,” my 1-year old, played by a stuffed toy.

I cleverly turned the name tag around my neck into a baby carrier, which made it easier to juggle all the paperwork that comes with being a mom.

With Ryan in the equation, I saw the entire layout of the room change. “Work” and “School” were near home, but first I had to drop him off at “Childcare.”

As I tried to map out my strategy for the first 15-minute “week,” I felt overwhelmed. I bounced around the room spending our EBT on groceries at the Super Center, applying for Head Start vouchers at Social Services, and looking for a job.

By the end of the week, Dad was getting annoyed with me for using all our “Transpo Passes” and Roland was sitting around at home because he got suspended from school for misbehavior.

At the start of week 2, Dad refused to give me $85 for weekly childcare, so I left Ryan with Roland, while I went to “College” for a few minutes.

My professor gave me a written quiz on poverty statistics. I probably failed, but that was the least of my worries because I saw someone get robbed and by the time I got home Ryan and Roland were at the police station after getting picked up by child services.

Dad was not happy.

Blair later emphasized, “if you want to help needy families, the two biggest burdens they face are transportation and childcare.” This held true for my character, Rita.

Alderman Van Johnson spoke to us about the concept of “generational poverty.” It’s easy to see how wealth is passed down through generations, but after depending on my simulated family, I saw how lack of wealth is also passed down.

“These aren’t just the people you see sleeping under a bridge,” Johnson said. “People below the poverty line have houses and families and they’re trying to make ends meet.” As children suffer, parents in turn carry an extra burden of guilt.

The Poverty Simulation was started by members of the religious community in St. Louis, Mo. over 20 years ago. Step Up Savannah began offering the program 12 years ago and they’ve seen great success at local schools, businesses, and events.

In the City of Savannah, poverty is real life for 25 percent of adults and a staggering 38 percent of children. Local author, volunteer, and poverty survivor Brenda L. Roberts attested, “you can smell poverty.”

She described the cloud of fear and anxiety that surrounds public housing. The HOPE scholarship helped her find a way out and she has dedicated her life to helping others through public education. 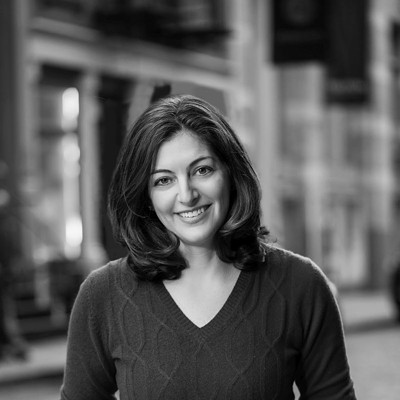 Social Science and the Simple Solutions