OTOJA ABIT isn’t a household name yet, but that could change soon.

The debut short from this talented actor/writer/director, with an enormous assist from co-star and mentor Jason Patric, is getting buzz on the festival circuit and screens this week at the SCAD Savannah Film Festival.

The first generation son of Nigerian immigrants had a run as a standout on the St. John’s University basketball team. After working with actor Jason Patric (Narc, Geronimo) on Broadway, the two formed a fruitful professional relationship culminating in Jitters, a short film focusing on a groom’s intense inner monologue on the morning of his wedding day. 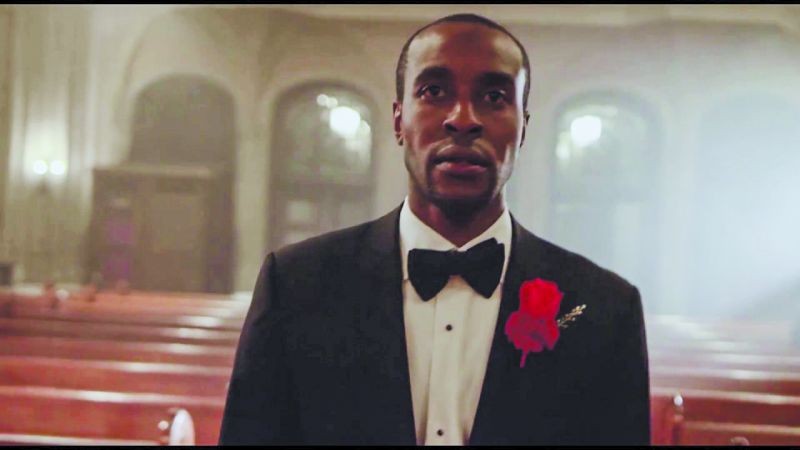 We spoke to both Abit and Patric last week.

I’m always fascinated in the challenges of telling a story in a short film format, where you don’t have time for the usual exposition and setting up of the story arc.

Otoja: I do believe there are particular challenges, but it requires the same type of preparation, the same mindset, and the same decision-making whatever the story is you’re telling.

A short film will have to be tighter and more accessible. As Jason explains, in classic literature you have the concept of the short story. Today people just sit in a theater and are expected to sit through something two and a half hours long, and they’ll leave going, what did I just see?

But more and more, people don’t want to sit that long. We want to give people a good short story. It’s all about the story.

We actually ended up going with a second edit of the film, that’s about a minute shorter. Jason and I saw the first edit and for reason it felt a little long. We took out a minute – which is a significant percentage of the film – and it’s really a lot better.

Though it’s a short film, the pacing is superb – it never feels rushed.

Otoja: It’s about a man in the back of the church, about to get married, going back through his past and making a choice. To tell that story, you have to take the time to tell it. But that’s sort of how I am anyway – I’m a super relaxed guy. Jason worked with me on the idea of making sure the film had room to breathe.

How did you two begin your partnership?

Jason: I was doing a play on Broadway, That Championship Season, with Kiefer Sutherland, Chris Noth, Brian Cox, and Jim Gaffigan. Otoja was the assistant director. I noticed that during the rehearsals he was very focused, and very passionate about theatre and about the written word. So I made sure he was able to stay involved in rehearsals.

Also, I just like his story. He’s the son of immigrant parents from Nigeria, embracing his life, working hard, and practicing his art through the classics.

The theatre background of both of you clearly informs the quality of this film.

Jason: Even without dealing with the three-act structure, you can deal with larger issues and language, and put it in a specific setting. Those are the greatest plays. That’s how we transcribe and move the Greek plays to the present day.

Doing that is not easy and you can’t be sloppy. Frankly, sloppy is what a lot of films are. They’re not posing an idea, there’s no resolution.

Otoja, are you sick of people wanting to talk about your athletic background? It must be interesting to people.

Otoja: No, I take a lot of pride in that! My parents came here from Nigeria, and I was a walk-on at St. John’s. I had to pay my dues, and graduated. I was a good student, and I originally wanted to get into finance, but that was right when the financial crisis happened. I was looking at things I wanted to pursue.

A friend of mine said, “You’ve got 40 years of your life to work – why not start now doing what you really want to do?” So I took the same motivation I had for sports into theatre. Just like in sports, you keep on practicing and practicing, work-work-work until you get called.

During that time I was able to meet a lot of people. I met President Obama, President Clinton. It helped when I was in a group of industry people and I’m this tall basketball player – they all want to know my story.

This is also about a black man being vulnerable, which we don’t necessarily see portrayed that often. Black men are taught to be strong, not to show emotion. There are all kinds of portrayals about brides on the eve of marriage, but what about the man? What is he feeling?

Here we see a black man normalized, rather than the stereotype of the angry black man. This is a true story that everyone can relate to, rather than something that’s trying to make a statement.

Have you been to Savannah before?

Otoja: This is my first time in Savannah. I can’t wait. I always had this idea that I might want to get married in Savannah. And it’s full circle for Jason, who has been to the Savannah festival before.

I was originally going to write a feature film first, but Jason was like, it’s too difficult for a first time filmmaker to get funding for a full-length film. I like to call Jitters my “Trojan Horse” – if people like this, they’ll like other things that I do. 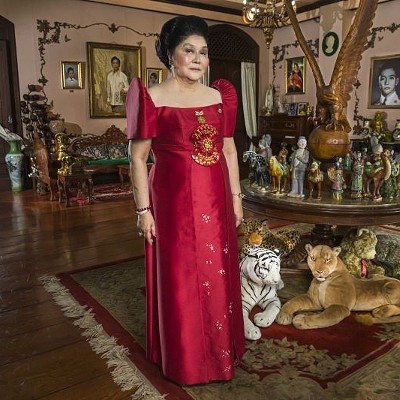