The Academy Awards will be handed out Sunday, Feb. 27 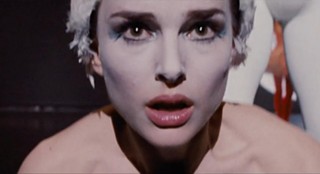 Is it Natalie Portman's year? Yep.

What looked like a slam dunk for one picture throughout most of the awards season on a dime turned into a slam dunk for another movie. Yes, The Social Network may initially have had all the Oscar buzz, but lately, it's been all about The King's Speech.

Will this momentum carry the British period tale all the way through the Academy Awards ceremony Sunday night? We'll see. For now, here are my predictions (and preferences) in the eight top categories. I went a combined 15-for-16 over the past two years, but considering I'm betting against the frontrunner in two of the eight categories, I expect that percentage might dip after this year's contest.

Last year, Up in the Air won 17 screenplay prizes before losing on Oscar night in this category to Precious: Based on the Novel Push by Sapphire. This year, The Social Network has won roughly 20 awards to date, and a similar flameout would be even more shocking. But I just don't see that happening, especially since (unlike Precious) there's no clear second choice to rise to the top. Since the writers of 127 Hours, Toy Story 3 and True Grit have all been rewarded in the past by Oscar, that would make Winter's Bone the default upset special, and that's a long shot indeed.

On rare occasion, the voters are especially sensitive to the word "Original" in the category title and vote accordingly (see: Eternal Sunshine of the Spotless Mind). By that token, Inception would seem the likely victor here. But the last time a Christopher Nolan script was up for this award (Memento), it lost to a film about upper-crust Brits rubbing shoulders with the lower classes (Gosford Park). Why am I suddenly experiencing a case of deja vu?

OK, here's the deal: David Fincher was unstoppable this awards season, winning a gazillion honors (give or take a billion) for helming The Social Network. It was almost a given that he would win the Directors Guild Award, which as most folks know has proven to be a remarkably accurate Oscar barometer. But Fincher ended up losing the DGA to Tom Hooper, leading many prognosticators to white out Fincher's name and pencil in the director of The King's Speech. I'm going to go against the DGA grain and still predict a win for Fincher.

Armed with several awards (including the Golden Globe and the SAG), Melissa Leo is considered the frontrunner, but I was planning to sidestep her even before she took out those controversial For Your Consideration ads that reportedly has angered many Academy members. I just can't believe a performance this hammy would win an Oscar.

Yes, I know Al Pacino won for his God-awful showboating in Scent of a Woman, but he was owed big time; the same can't be said about the mostly unknown Leo. Most folks not opting for Leo are choosing Hailee Steinfeld, since she had the largest role in True Grit. But a child actor relegated to a supporting category despite racking up considerable screen time sometimes earns that Oscar gold (Paper Moon's Tatum O'Neal) and sometimes doesn't (The Sixth Sense's Haley Joel Osment).

I'm going to hesitantly go with Helena Bonham Carter, not only as part of a King's Speech mini-sweep but also because she was memorable in two other 2010 flicks, Alice in Wonderland and the latest Harry Potter installment.

If Geoffrey Rush didn't already have an Oscar at home (Best Actor for Shine), I would predict him in a heartbeat. As it stands, I think that previous victory gives the edge to Christian Bale, even though there's a chance that his unsavory off-screen behavior might turn off some voters (especially those in the technical fields, if they've never forgiven him for screaming at one of their own in that infamous video clip).

Like Leo, Bale has won a number of awards for chewing through the scenery in The Fighter, and that, combined with his fluctuating weight gains/losses for his various roles (voters eat up that stuff) and his colorful portfolio (Batman, Jesus and an American psycho all in one career!), should seal the deal for him.

There have been some notable robberies throughout the course of American history, and I daresay that Natalie Portman losing this Oscar would immediately join their ranks. OK, I'm kidding ... sort of.

But in Black Swan, Portman delivered one of those transformative, career-defining performances that win Oscars 99 percent of the time, and this category should be a lock. But there's that pesky thing called the "overdue Oscar," where a respected thespian who's never made it to the podium gets rewarded via a make-up award for the wrong performance.

This year's tragic honoree is Annette Bening, who should have won for American Beauty (and perhaps The Grifters). But she didn't, and so now, if there's enough of a groundswell of support, she may be the one clutching that statue instead of Portman. I have nothing against Bening, who was fine in The Kids Are All Right (although non-nominated co-star Julianne Moore was even better). But she's hardly a Hollywood legend who deserves a belated make-up Oscar (we're not exactly talking Paul Newman or Jeff Bridges here), so let's hope Oscar does the right thing.

Pound for pound, this is perhaps the strongest of the four acting categories, although it's the easiest one to call. Jeff Bridges and Javier Bardem both recently won, and Jesse Eisenberg and James Franco are newbies poised to have long careers ahead of them. No, all signs - and I mean ALL signs - point to a Colin Firth victory.

A respected veteran who only earned his first nomination last year (for A Single Man), Firth was always the bridesmaid, never the bride, in such multi-Oscar winners like The English Patient and Shakespeare in Love. Oh, and the small fact that he's excellent in The King's Speech doesn't hurt his chances, either.

The Social Network joined Schindler's List and L.A. Confidential as the only movies to win Best Picture honors from all four major critics' groups (NY, LA, National Society and National Board) and then aped Schindler by also winning the Golden Globe. But things then turned completely sour, with The King's Speech taking over to win major prizes from the Producers Guild, the British Academy (BAFTA) and other outlets.

Despite recent Best Picture Oscar victories by the progressive likes of No Country for Old Men, The Departed and The Hurt Locker, there was a feeling that The Social Network was just too hip and modern to appeal to the old fogies in the Academy, whereas The King's Speech was exactly the sort of tasteful, conservative picture that wins their approval. At this point in the game, it's hard to bet against that sentiment.

The Social Network still has the best shot at pulling off an upset, though. The weakest picture of the 10, The Fighter, is the sort of "feel-good" Oscar bait that attracts members, but 1976 winner Rocky already did this type of story, and did it better. Black Swan and Inception are too radical to win; The Kids Are All Right and Winter's Bone are too small; the creators of 127 Hours and True Grit have recently been honored (Slumdog Millionaire and No Country, respectively); and Toy Story 3 has no shot.