Renowned restaurant/bar with Charleston roots moves in on MLK Blvd.

Photo by Jonathan Boncek
Chef Greg Garrison has been the Executive Chef at Prohibition Charleston since 2015 and is now ready to tackle Prohibition Savannah with the help of Chef de Cuisine Anthony Smith.

PROHIBITION, the highly anticipated throwback speakeasy restaurant and bar concept that originated in Charleston, finally opened its doors in Savannah on October 2. As a nearby neighbor to The Grey, Prohibition aids in expanding the food scene on MLK Jr. Boulevard.

With its vintage-inspired cocktails as well as Southern influenced menu including elevated street food, refined pub grub and soulful dishes, Prohibition fits right in among the greats in our city.

As natives of Ireland, Walsh, Burns and McCourt met one another in New York City, given its sizable Irish community. Having worked in the restaurant business together since the ‘90s and even living together for a time, the three men built a strong friendship in addition to an even stronger working relationship.

When Walsh conceived the concept of Prohibition in Charleston, he could not imagine a better team than his Irish buddies.

“McCourt was a huge part of Prohibition Charleston’s creativity with cocktails. Then Burns came to Charleston, which was a massive feather in the cap, to make the place successful.”

With their talents ranging from entertainment and hospitality to mixology and business management, all they needed was a talented chef to seal the deal. They met Chef Garrison in Boston after dining at a restaurant where he was cooking.

“They really enjoyed their meal, so we started talking about how we could work together,” Chef Garrison recalls.

After graduating from the Culinary Institute of America, Garrison, a NY native, was mentored by James Beard Award winners Wylie Dufresne, Grant Achatz and Ken Oringer.

“Prior to joining the Prohibition team, I was the sous chef at Boston’s highly acclaimed French fine dining restaurant, L’Espalier. I credit a lot of my success as a cook to working with L’Espalier’s Chef de Cuisine, Matthew Delisle, who taught me how to express myself through my food.”

In 2015, Garrison moved to Charleston to take over the kitchen at Prohibition Charleston and since then, he has completely revamped the restaurant’s culinary program.

“Garrison was a game changer on the food side of things. He has a tremendous pedigree,” Walsh sings his praises.

Now, three and half years after opening Prohibition Charleston, the team chose Savannah for their next location given its rich history, emerging food scene and sprawling music culture.

While the majority of the partners are of Irish decent, Prohibition does not identify as an Irish pub. Burns expounds, “We are not trying to reinvent the Irish bar.”

However, subtle Irish elements can be found throughout the establishment as a tribute to their culture. One nuance at the Savannah location is the traditional Irish drinking space called a “snug.” These private drinking nooks pay homage to the Prohibition era as well, given that speakeasies often had similar secluded cubbies.

One other understated yet obvious nod to their Irish heritage is that Prohibition prides itself in having the largest selection of Irish whiskeys in the Southeast.

From the aged bourbon barrels stacked in the front windows and the halved barrels serving as planters outside to the wall of liquor bottles lining the bar and shelves, subtleties of alcohol’s significance can be found throughout the space.

For instance, the Pistachio Fizz is based off of a traditional cocktail from New Orleans. The pistachio syrup is made in-house and is mixed with egg white, cream, Beefeater 24, and Faretti biscotti. The libation is shaken vigorously causing the eggs and cream to froth, then is hit with a splash of soda to add sparkle to the creamy sip.

The Ballysillan cocktail is a riff off the NYC modern classic called the Penicillin. The original recipe had two different scotches that were swapped out for Irish whiskeys.

While the atmosphere and drinks may lure people in, the food plays a large role in bringing them back.

Given that Chef Garrison’s home base is in Charleston, he elected Chef Anthony C. Smith as the Chef de Cuisine at Prohibition Savannah. Chef Garrison devised Savannah’s menu so that it would appeal to a wide variety of diners and Chef Smith executed Garrison’s vision with precision.

“You can come in and have a big meal with a large group, an intimate dinner, or snacks at the bar. Savannah is such a vibrant town and I wanted the menu to match its personality.”

For starters that are both communally hands-on yet sophisticated in presentation and flavor profiles, check out the Smoked Beef Tartare and the Warm Oysters. The tartare is made with grass-fed strip loin from Brass Town. The steak is hand chopped and dressed with a mixture of anchovies, capers, tomatoes herbs and egg yolks. The beef is smoked with mesquite inside a glass cloche to order.

When the glass dome is lifted tableside, a white fragrant fog evaporates into the air, revealing the fresh meat. House made dill chips scoop up the smoky beef.

The Warm Oysters “started off as a play on Brunswick Stew and morphed into the warm oyster dish after trial and error.”

A shallow bowl of Beau Soleil oysters from New Brunswick, thick-cut house-cured bacon and homemade potato gnocchi bathe in a light vermouth cream sauce and are finished with sweet pecan oil. This comforting yet light dish hits all notes of creamy and salty decadence.

For someone who would rather have finger food with their beer, order the Pig Trotter Tots or the Street Corn. The cheesy crispy tatter tots incorporate fatty braised pig’s feet meat with Parmesan cheese in a pork jus. As for the Grilled Street Corn, tender grilled corn is slathered in garlic aioli and showered with cojita lime cheese and espelette (pepper).

If dinner is on your agenda, the Pan Seared Grouper is a must. Seared local grouper, crispy exterior and juicy center, is served with housemade black truffle tortellini and sweet butternut squash puree. Warm mussels are studded about the plate, capped with foamed buttery mussel sauce.

Soon Prohibition Savannah will open for brunch and lunch, but for now they’re working dinner and late night drinking crowds. As in Charleston, they plan to host weekly special events such as salsa lessons and local bands in their event space.

Savannah is clearly attracting remarkable talent and heavy hitters in the food scene. The Prohibition partners say they are encouraged to see that other great restaurants like Husk are coming to our city. So let’s raise a glass, Savannah!

Snug in a pub 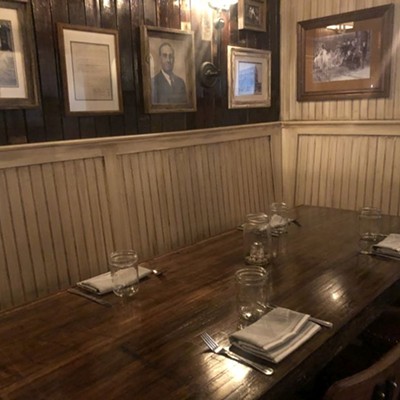 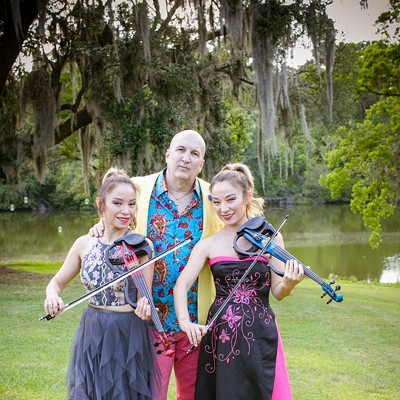