I know I’m supposed to be objective, but can’t help but be excited about the planned rebirth of the Jinx. The popular “boozery and music cavern” was where I, and many others, first learned to feel at home in Savannah - all with the help of 17 years of great bands and a PBR-Jameson shot special on the side.

At the same time, patience is probably in order. The new location looks like it needs some significant work before the likes of some of my favorite Savannah bands (a GAM reunion is surely in order) and national acts are once again gracing the stage. That day can’t come too soon.

Raising the roof for the Jinx’s return

Jinx fans may be in luck.

The owner of the popular Savannah bar and music venue recently submitted plans to open a new location in the city’s Streetcar Historic District following the downtown establishment’s closure more than two years ago.

The proposed venue is at 43rd and Whitaker streets where a vacant one-story building is currently located, according to plans prepared by Savannah-based Rose Architects for Jinx owner Susanne Warnekros. The planned improvements include the interior build-out of a stage and performance space, two bars and kitchen for short-order food service.

The building’s roof will also be redesigned to allow for more ceiling height in the main event space, according to the project description.

Hosting a variety of genre-spanning musical acts, including rock, metal, country and hip hop, the original Jinx entertained music fans for 17 years before closing its doors at 127 West Congress St. in 2020 during the COVID-19 pandemic.

The plans for the new location are scheduled to go before the Historic Preservation Commission (HPC) on Nov. 21.

If approved, the music venue would not be the first in the area branded as the Starland District.

The city intends to build a homeless transitional center with apartments on Martin Luther King Jr. Boulevard, according to a plan going before the HPC on Nov. 21.

The proposed 3-story building at 916 MLK will feature administrative space for providing homeless support services, along with apartments to transition single parent families, usually women with children, out of homelessness, according to the project description submitted by Savannah-based Gunn Meyerhoff Shay Architects.

The proposed transitional center is the city’s latest plan for the site following the demolition in 2014 of the 1960s-era building that previously housed the city’s first-black owned pharmacy. Following the closure of the pharmacy in 2007, the city bought the property and an adjacent vacant lot for about $510,000 in 2009 with the intention of rehabilitating the building, which featured a unique honey-comb façade. The council initially wanted to renovate the structure and use it for the department of economic development and commercial space, but the plan was abandoned after engineering analysis determined the building was structurally unsound and could not be saved.

At the time of the demolition, the city planned to build a replica of the demolished structure, but that plan too was subsequently abandoned.

Art Deco hotel on MLK returns to review board

After a period of inactivity, the developer appears to be moving forward once again with a previously approved plan to construct a 6-story, Art Deco-style hotel on a vacant lot along MLK (image below).

Atlanta-based North Point Hospitality recently submitted minor design amendments to the plan, which were approved by the Historic District Board of Review on Nov. 9.

The hotel site is located within the local Historic District across from Broughton Street’s western end and near the Yamacraw Village public housing community to the northwest.

It is surrounded by construction activity, including a 390-unit apartment complex being built to the west across three blocks. To the south, buildings located at 111 and 119 MLK will be rehabilitated, while the center structure at 113 MLK will be demolished to make way for a public courtyard, under the plan approved by the review board in July. Across MLK, Chatham County is constructing a new courthouse down the block at Oglethorpe Avenue.

A Firestone Auto Care shop built in the mid-1960s previously occupied the site before being demolished in 2017. The hotel’s height and mass were previously approved by the review board on Feb. 12, 2020 and the design details were subsequently approved three months later.

63 MLK, an affiliate of North Point Hospitality, purchased the property in 2014 for $4.5 million, according to the public records.

When not wandering the streets with his canine companion, Eric Curl is probably reading building permits and meeting agendas. He writes Property Matters on to share what he finds. You can find the column, along with other stories, cartoons and quizzes about local matters at Savannahagenda.com.
Read More about Eric Curl 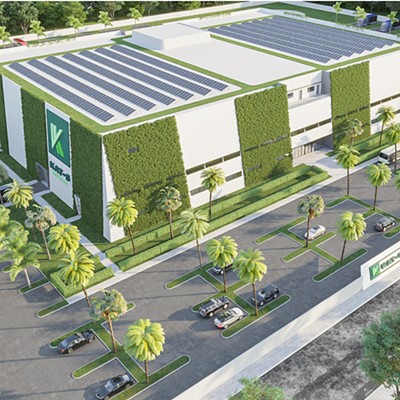 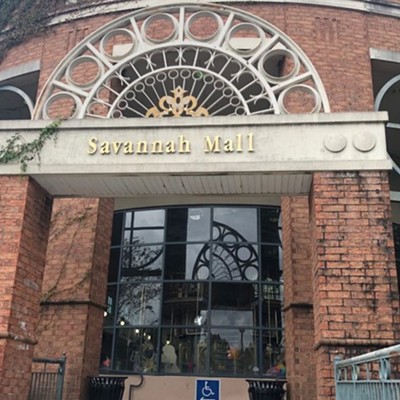