GET INTO the groove at El-Rocko! Neurosound Booking is featuring two local psych-tinged garage rock acts and welcoming an out-of-towner for one raucous show.

Rude Dude and the Creek Freaks are fresh on the Savannah scene, but they’ve already got folks talking. The trio featured on an El-Rocko Dad Joke bill and have performed a handful of DIY shows throughout the fall.

British invasion ‘60s rockers The Hypnotics have some of the tightest chops you’ll find on the Savannah scene, dishing out vintage goodness and tunes of their own with definitive jangle, perfect harmony, and some awesome antique musical gear.

Timothy Eerie makes their way through from Orlando. With psych swells, splashy drums, and some excellent hooks, the young band—which released its debut EP in August—has great things ahead. 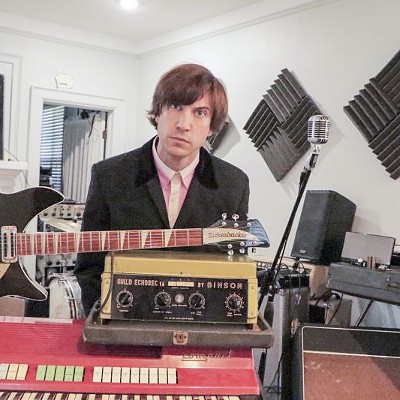