"I was intrigued by the psychology of water and landscapes close to oceans, and how people perceive them" 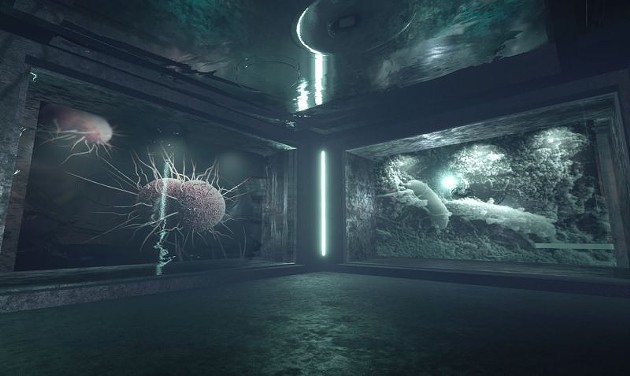 Steensen, who grew up near water, is fascinated by the ways in which humans interact with the element.

DANISH ARTIST Jakob Kudsk Steensen uses VR to create an immersive ecosystem that envelops the viewer in a cocoon of a morphing geological landscape. Inspired by psychological studies of the treatment of aquaphobia, the fear of water, AQUAPHOBIA is a full-scale replica of Louis Valentino Jr Park and Pier in Redhook, Brooklyn.

The relationship between psychology, science, and technology has long been a point of interest for Steensen, who has exhibited at Carnegie Museum of Art, The Moving Image Fair, Sundance and TriBeCa film festivals, and more. he’s currently a member of NEW INC, a technology and culture incubator by The NEW MUSEUM.

We chatted with Steensen about the work he’ll show at PULSE, his creative process, and what it takes to create an immersive alternate reality.

When did you first become familiar with the treatment of aquaphobia? What intrigued you about it?

Later in life I had a friend who had phobia for water. It struck me that a close connection and understanding of water is culturally defined to a high degree. For AQUAPHOBIA, I spoke with psychologists who treat people for fear of water; surprisingly, a very high number of people in U.S.A. cannot swim, and few people, even in a city like New York, and Brooklyn, which are technically coastal areas most people have very limited conceptions of the worlds underwater existing right outside. So I was intrigued by the psychology of water and landscapes close to oceans, and how people perceive them. 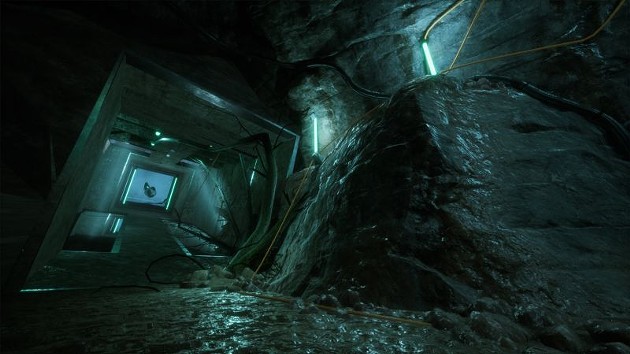 AQUAPHOBIA explores climate change in its environment of Redhook, Brooklyn.

I understand you’re based in New York. What drew you to the Louis Valentino JR Park and Pier as a setting for this piece?

AQUAPHOBIA was made as a response to an open call on climate change in Redhook, so the piece has been supported by NYC Office of Cultural Affairs. I did not win the final open call but receive enough funding to help realize the work. While exploring Redhook’s landscape, I looked into soil types, infrastructures and historical transformations, and I had conversations with local communities. Louis Valentino JR Park and Pier was among the first landing areas for industrial ships, and before there was a city, it was a peninsula and marshland. The area still mark these histories today. The idea of a peninsula, an unstable land-mass that transitions annually from being dry to submerged, interested me, because I see it as a metaphor for how the reality of the climate is coming back, showing itself to us.

What initially drew you to VR as a medium?

I have been using game engines, the software you use to make VR today, since a teenager, and it has been central to my art work since I started working as an artist. VR feels like a natural progression for me, it was never something I had to conceptually or technically adjust much to. It has felt natural and like an obvious extension of interactive 3D worlds in computer games I grew up with.

How long does it take you to create a work of this scale?

AQUAPHOBIA takes about one month of research, photography collecting, getting satellite data of the area and then building the virtual landscape takes about three months. So four months total.

What was the most challenging aspect of creating this work?

AQUAPHOBIA was most challenging conceptually. Since I have been working with these technologies and level design (building virtual environments) for several years, the technical aspects of using VR feels natural to me. However, choosing what materials to use virtually, what types of soil, the feeling of spaces in terms of dryness, wetness, composition and feeling, and how these relates to the general theme of the work, is the most challenging.

You are currently a member of NEW INC. How has that helped you in your personal work?

NEW INC is a great place to meet other people, who basically are individual creative contractors, developing projects and content for galleries, museums, film studios, performances etc. NEW INC is a place to think and connect, not just professionally, but with others who live under similar creative economy conditions.