LOCAL game developers get the chance to shine this weekend at PULSE.

Six games will be featured: Palm Dreams, Squidlit, Vacancy, Battery Jam, Laser Game, and Rasgueo. Many of those have been tested at Game On! Savannah.

Organized by Malcolm and Fern Howard and Laurie Zipperer, the monthly meetup at the Creative Coast allows game developers to demo their games, talk about what they’ve been working on, and network.

Malcolm and Josiah White developed Laser Game together through the meetup. 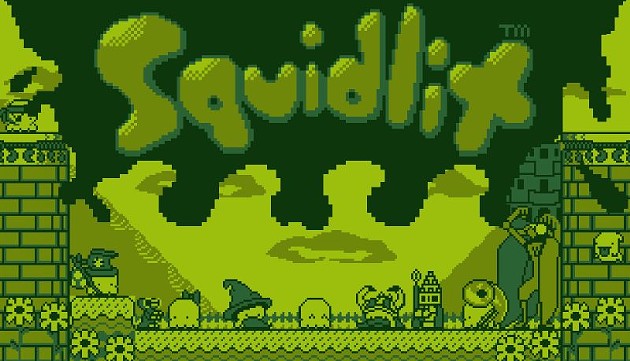 We talked with Howard and White last week.

What will you be doing for PULSE?

Howard: We’ll be collaborating and participating in the Lightning Talks–that’s a collaboration between Game On! Savannah and PULSE. It’s going to be several of the game makers of the games that are included in the exhibition. The talks are open to any other members of the Game On! meetup or any other game makers that want to come in and talk for five minutes or so about what they’re working on.

How did Game On! Savannah get started?

Howard: It started at the Creative Coast and it was me, Nick Batey who works for Chatham County and is a game maker in his spare time, and Blake Ellis, who used to be the interim director here. We were sitting around and thought, “There are a lot of people making games. What if we had a kind of place for everyone to come meet and hang out and network?” It used to be called Savannah Game Makers Circle, and we met up and people brought board games, and we played games and talked about games. After a while, we decided to have a better structured format, so we rebranded slightly and changed the structure of the meetup.

White: I don’t know if it was the first or second meetup, but someone brought a card game that they were demoing. There was no art, all text on cards. We dealt it out and played it and had a good time, and we gave him feedback. I don’t know the status of the game, but [the meetup] was the perfect place for him to show it off.

Howard: We’re not super critical of the work. If you put a lot into something, even if it doesn’t come off as great as you’d like or as other people would expect, you need enough lovingly critical feedback to help you improve it without taking away all your enthusiasm and crushing your dreams.

Tell me about the games that will be on display.

White: I had the idea for Laser Game about five years ago where you use a Wii nunchuk to control a laser through a Raspberry Pi. [A Raspberry Pi is a small-board computer used to teach computer science basics.] Right now, I have five lasers set up and you can control one laser—others can be used controlled, others can be status indicators—and you play games like Pong or Missile Defense. But, instead of full-blown graphics, it’s a red dot that moves around.

I wanted it to be a regular game. If you point at the missile and pull the trigger, it really explodes, so there’s a lot that happens. Malcolm gave me the encouragement to go at it, because five years ago I burnt up some electrical components. He was like, “This would be really cool if you kept at it,” so I was like, alright. I definitely wouldn’t have done it if I hadn’t come to the meetup.

Howard: Then there’s Battery Jam, which is made by a group of SCAD alumni with SCAD Plus, which is like a business incubator for SCAD undergrads and alumni. They work on business-related design projects. This one company built a local competitive couch co-op game, which is Battery Jam. It’s like Splatoon and Bomber Man at a thousand miles an hour—really cool cyberpunk futuristic vibe.

Then there’s Squidlit, which was made by another local group of developers. They released it on Steam last year. It’s a platformer, but it has the aesthetic of a Gameboy game.

White: I met the developers of Squidlit at Game Jam and I asked what they did, and they said, “Oh, we made a game called Squidlit.” I was like, “Man, that sounds familiar.” I’d actually watched a video on YouTube of someone demoing it.

What will you be talking about at the Lightning Talks?

Howard: it’s whatever you want to share about your game. They’ve got two hours of code workshops that I and my wife Fern will be leading, and Josiah has a workshop as well.

White: I’ll be teaching an introduction to Raspberry Pi, so it’ll be anyone from people interested in games to people who think it’s about baking a raspberry pie.