DANIELA RODRIGUEZ is the lead organizer of Savannah Undocumented Youth Alliance, an organization that raises awareness of and provides support to the undocumented population of Savannah.

This is Daniela’s Quarantine Chronicle. 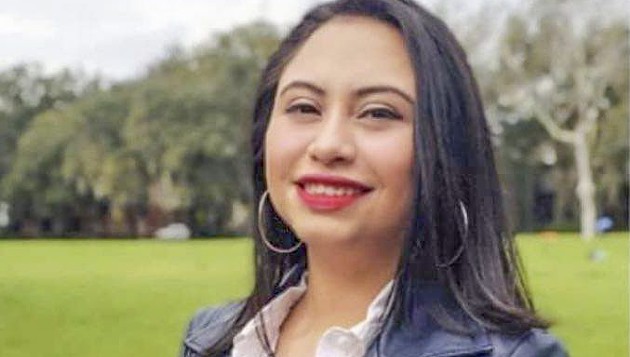 A lot of undocumented people in Chatham County are service providers, meaning they either work in the hotel industry or the service industry. Right now, because what’s happening, they’re not able to work. They’re also not able to qualify for the stimulus check.

It’s really unfair because we pay taxes, undocumented people pay taxes, and they don’t receive any kind of government help and then no unemployment benefits whatsoever.

So right now, they’re in a limbo because they live paycheck to paycheck, and now that they’re unable to work, they’re just having a really hard time having money and not being able to receive any kind of help.

Have you talked to anyone since the governor opened some businesses? Does anyone want to go back to work?

Is it a good thing that some businesses are open?

It’s not a good thing. It seems like some people have to sacrifice their health because the government decided not to give back the money that they pay in taxes.

Honestly, it’s not a good thing; it’s a sad thing. If these people had government help, they would think twice before going back to work. Now that the governor decided to open things, it’s because he’s not the one who’s going to work.

He made that decision, but he’s not the one who’s going to go and expose himself. That’s going to be immigrants.

What sort of solutions are available to undocumented people?

One of the things I’ve been seeing is there are many organizations giving out food, but the problem is that many times, they’re not very explicit with the language. So they say, “If you have a need, we can help you with food.”

However, they don’t say you’re going to have to show any kind of ID or that this help is only open for citizens, which makes a lot of immigrants be like, “Oh, so should I go? Should I not go? Am I going to be rejected because I cannot provide a government ID?”

I do feel like it’s very important that we, as a community in Chatham County, have to make sure that every member of the community, regardless of their immigration status, have access to the basic needs that we need, because we are a community.

People that are undocumented in Savannah can be our friends, they can be our coworkers, our neighbors, and they definitely should not be forgotten.

To anybody who says they don’t deserve help because they’re undocumented and they should have done it the right way, it’s just so heartbreaking for me to see someone question the ability of someone to get food or basic needs just because they don’t see us being human enough. They don’t see our humanity just because we don’t have a nine-digit number.

Since I’m in charge of SUYA’s Facebook page, I’m proud to say that as part of SUYA we’re now giving out a stimulus check.

It’s only $100, it’s not much, but it helps provide with food or rent and we put it out there. It’s immigrant-friendly help, so people can qualify regardless of their status.

We don’t have much money to give out, but we’re going to be working on making a GoFundMe to collect more money and give it out.

At the moment, SUYA is the only organization that is helping with rent and medicine to impacted undocumented community.

I wish there were more, but at the moment, it’s just us, so it’s better than nothing.

From some other messages I receive through the SUYA Facebook page, I can tell you that it can be really hard for immigrants to ask for help. When they come here to the U.S., they come to work.

Right now, these are tough times, and it can be hard for them to ask for help, so many times they ask for help and are like, “Can you please not share, please keep it between us? I’m very embarrassed to be asking for help.”

How does this issue extend past our own community?

Right now, everything I’m telling you is local, but the problem is so much bigger. Farm migrant workers have been considered essential workers, but it’s funny because a lot of them are undocumented.

They’re the ones providing food during this time and risking their health and their families when they go home, but without them, none of us would have food on the table.

To give them a title of being essential, but at the same time not even providing them with the citizenship or even give them a permit, is just very ... It’s frustrating to see that undocumented people keep getting forgotten.

What else should people know?

At the moment, ICE continues to detain immigrants, so right now there are detained immigrants at really high risk of getting the virus. I feel like right now, everyone should be released. They’re at high risk of being infected with something just because they’re so close to each other.

That also brings me to another issue that’s happening here in Savannah. I’ve been trying to get in contact with the hospitals and asking if they have any kind of healthcare available for people who don’t have health insurance and who want to be tested, and there’s none.

There are so many immigrants that are scared; they don’t know if they have the virus or not, but they’re not able to go and get tested because they don’t have health insurance. That’s definitely a resource we need. Everyone deserves a right to get tested and get treatment regardless of their immigration status.

How are you personally doing?

I’m good. It can be a little overwhelming to see there’s so much community need, and I just feel like the undocumented community are forgotten. We’re the only organization that focuses on this community. We don’t do it for the pictures. We have a lot of volunteers, and they do it because they really care.

I’m just fortunate to have people help me, because otherwise, I wouldn’t be able to do this on my own.