This week, we debut a new series, Quarantine Chronicles, which is a look at life for real people in our community during this time of uncertainty.

DiCo — short for Lana DiCostanzo — is the program manager for systems-involved youth at Deep Center. 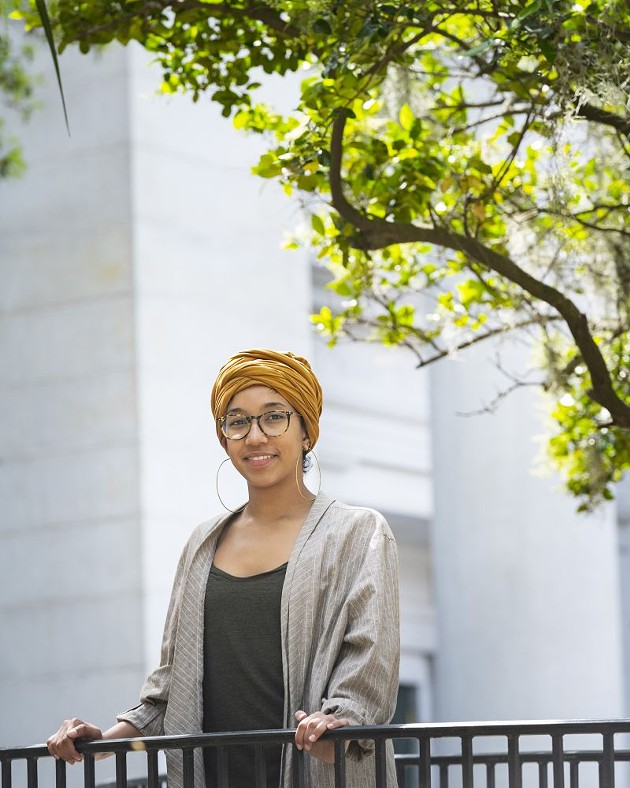 What are some of the issues that systems-involved youth are facing?

In general, without a pandemic, there are a lot of issues that require direct service. There’s really no way around that.

I know at WREP they go in and pick the boys up and bring them to the facility, and they make sure they’re getting placed in jobs. If there’s anything going on in the home, they’re aware of that.

In times like this, it gets a little tricky because there’s minimal ways to get in contact with people right now. If somebody doesn’t answer the phone, that’s pretty much it.

There’s a lot of families who don’t have internet, they don’t have a computer in the home, they don’t utilize email services, things like that. So when we talk about direct service, especially with that particular population, it’s almost like we can’t really get our jobs done.

I know some of my young men who are involved in the courts, one in particular I ran into at Dollar Tree, he was expressing his frustration because in March, he was supposed to go to court to get off probation. That got pushed to the side, so he is still on probation.

For kids who are like, “I’m supposed to be off probation by now, but I can’t get off probation because the world is shut down,” it’s really frustrating.

I think what makes a lot of my work different from other programs is that I generated programming around the communities I serve, not created the programming and looked for people to be a part of it. Stuff like drop-in, which is an enrichment program that’s after school on Wednesdays and Fridays, I designed it so that it was specifically for kids who maybe are not good with commitment, but they’ll show up when they want to; you’re not being penalized for not coming.

Those things are still needed, but it’s hard to create that virtually, and that’s where we’re at too. I know that one of the large issues with being under quarantine is that you have a lot of young people who, idle minds can be the devil’s playground, and when they don’t have anything to do, they start committing crimes, just out of boredom.

Maybe it’s necessity—when there’s a lack of resources, they have to find their resources how they need to. Without having some type of outlet to occupy a portion of that time can prove to be really detrimental in the long run.

And that’s what that drop-in space was. Without that, I’m just wondering like, a lot of these kids are in a rough home life too.

That three-hour break is what they need. They need to go to school because being at home is too painful. How do we still support those young people?

The trickiest part about that is the fact that right now, we’re in this space where we can barely get in contact, so those are some of the most frustrating things, especially ensuring they have resources and things of that nature.

How are you doing that?

One of the things that I did was with the resource document, I created the one-page leaflet with the QR code on the bottom and I handed that out to areas and locations, at least before this really settled, that people in those communities frequent.

I tried to go to the community centers, but I missed them because they had already closed. The Krogers, the post office, the Dollar Trees—I tried my best to make sure I handed those papers out to those businesses. I asked them to put them in the windows because at the time, I wasn’t sure if businesses were going to close or not, but I figure that if you were asked to close, at least then somebody can walk around and see the paper and have access to the document.

Some of my friends who own businesses in the community, what we’d been doing was collecting toilet tissue and and canned goods just so there’s a hub for that stuff in case anybody that we know needs it right now can just get it, and not necessarily have to go through the loops to contact this agency or that agency.

It’s more like, “Hey, I know somebody who can help you out—just go over here and ask them about it.”

It’s more helpful to have someone you know who can help you than just calling a stranger on the phone.

Right, and that’s the bare minimum I can do—just making sure that things are accessible in some way, shape or form to the communities who need it.

Because everything was moving so fast, things were changing by the hour. My brain was thinking more of, how can we be proactive to make sure that if they can’t even contact me, where can they go to make sure they have some type of access to some type of information?

Even the internet—I have internet, but sometimes it’s barely working right now because the servers are so overloaded. I know that some of the newer subsidized housing units come with WiFi, but what is the strength? Is it dependable? And I think that’s a lot of what we need to start thinking about. What do people really need?

What do you want people to understand about systems-involved youth and how to better serve them now?

Honestly, I’m not sure. That one-on-one contact is the only thing we have right now for sure. I’m still in contact with the directors at WREP just to see who they’ve been able to contact and who they’re not able to get in contact with.

For businesses that are still able to remain open, being a hub of resources at this time is probably the most beneficial. That’s the main thing I want people to understand, too.

I understand businesses need to make money, but if we only know to go to this restaurant to get food, it would be nice to also have some type of resources, maybe if it’s just toilet paper for somebody who needs it.

Also being mindful. I think we hear this a lot where people who are buying in bulk right now and hoarding, you’re taking away from people who really need that stuff right about now. And as history has shown, when people don’t have access to things, they go and get it how they know how to get it, and it’s not always the way we would like for them to go get it.

Savannah’s already a pretty tumultuous city as far as dealing with hopelessness and gentrification on a very fast-paced scale. To also be in this position where people are losing jobs at a much faster rate, and resources and transportation are slowly starting to be taken away, what can we do with our little privilege to make sure that those who need and those who don’t have can get the resources they need?

Even if it’s just, “Let me go ahead and bring some toilet tissue to this gas station and maybe talk to the owner about having some there for anybody who needs it.” It’s just that small. That’s something I want people to know.