The Black Vote: From Emancipation through Jim Crow

$15 per person, register at lwvcga.org.

In honor of this big year, the League of Women Voters of Coastal Georgia is hosting a lecture series on the complicated history of voting rights in this country through the years. Their second lecture in the series continues this Monday with “The Black Vote: From Emancipation through Jim Crow.”

Delivering the lecture will be Dr. Julie de Chantal, assistant professor of history at Georgia Southern University. de Chantal’s specialty is African American history, and the lecture will cover a wide range of black history. We spoke with de Chantal last week. 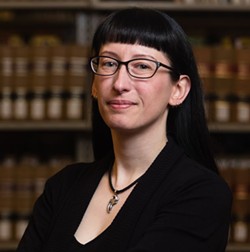 One of the topics you’ll cover is the importance of black women in politics, so let’s start there. What’s their role, both in the past and present?

Recently, I was reading the news about how black women will be a key voting bloc in the 2020 election. A lot of people are arguing that black women only started to get involved with politics after ’65, so after the Civil Rights Act was passed.

It’s actually very wrong, because women have been involved in politics from the get go. What was interesting to read in the new research coming out, women have been extremely involved in formal voting, right after slavery ended. When the states were able to reintegrate the Union after [1865], they had two things to do. One was to have 10% of the eligible voters swear an oath of allegiance to the Union, and the other was to rewrite the state constitution eliminating slavery. So since the Republican government was in charge, they wanted to have as many voters as possible of the Republican party so that the white supremacists wouldn’t get back in power and go back to the exact same problem they had before the war.

So, potential Republican voters were black voters. That was the party that eliminated slavery. In the Republican conventions, they were trying to rewrite the Constitution. Both women and children not only attended, but also participated in voting on all the proposals that were passed because they were trying to define what freedom meant for the community.

As time went, white men of the Republican party wanted to make sure that only men voted. At that point, women and children were still allowed, but they would signify their approval or disapproval, vocally at first. Once those rights got eroded, once violence started against African Americans and men could not vote, women actually accompanied them to rallies.

Why do you think the perception exists that black women didn’t get involved in politics until later?

Part of the Reconstruction-era white supremacy push was to keep black men in check. They assumed they were the only ones voting, so the intimidation and lynching started towards them. It was much more important for women to have that subdued role, to work politics in the background. They were the ones that kept everybody in check in terms of who they voted for; they’d impose sanctions on black men who voted differently from what they wanted.

However, when we get to the 1880s or 1890s, black men are trying to grab on the last remnants of their political power because they’re pushed slowly away from the polls, segregation starts to take hold, and women will have to devise a new strategy to be political. They’ll turn to women’s organizations, to clubs that focused on middle-class respectability, and they’ll continue to be in the political arena, for instance fighting against lynching like Ida B. Wells.

But until then, everything about history and collective memory is about what is happening to black men. The violence, the lynching, the attacks on their homes, and whatnot. So I think it’s imposing the kind of views that the white male class had about what is proper behavior for men and what is proper behavior for a woman, which completely erased our political roles. I think we’re erasing women from their own history.

Is that erasure being felt today?

There’s a poll that just came out from Essence Magazine that said of the people they polled, 95 percent of them were going to vote in the upcoming election. 95 percent is not a small number. The turnout usually is about 60-65 percent as a general rule. And we’re talking about the 15 million black women in the U.S. of eligible age for voting. Young black women will hold that power, which is really important to reestablish that history and look at why it’s been erased. Women’s history has been erased in and of itself, but black women have that double jeopardy of being black and being a woman.

Let’s return to that idea of the vote as a collective right.

All throughout history, communities have had interests that they could push through to vote, and we’ve seen more and more of a personal interest in the vote in the past 20 years. With late-stage capitalism, we’re more centered on what impacts us personally instead of the greater good, which is something the founding fathers were thinking about. They were questioning the idea of factions. Technically, good voters in the early republic were those who could put their interests aside and vote for the greater good.

We need to bring this back, because there are some groups that are vulnerable that might not be represented in any way, shape or form, and we need to vote as if we were these groups. We need to forget about our class status, the color of our skin, and put [our common interests] first. That’s what black women have done all throughout history, up to the past 40 years. That’s when we see a division between conservative and liberal women, but up to that point most of the black women were keeping people in check, making sure that everyone voted with the community in mind and not with their own interest in mind. 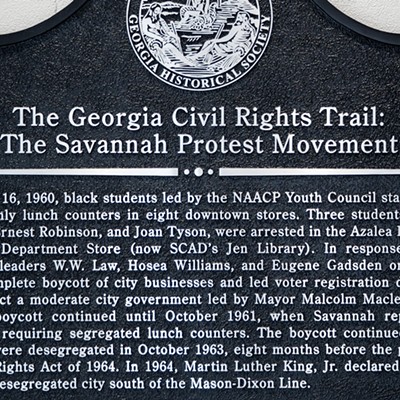