The Kennedy Koch Show airs on Wednesday nights on WRUU 107.5. More information is available at patreon.com/thekennedykochshow.

FOR EIGHT years, Ryan Koch has been known as one of the most vocal supporters of local music in Savannah.

As the host of Rock 106.1’s Underexposed and Night Shift with Ryan, the Detroit transplant and his wife, artist and SCAD MFA grad Brandy Kennedy Koch, could be found supporting local shows, helping out with Savannah Skatepark, hosting art shows, and engaging the Savannah they love so much.

The couple, who’s been together for 16 years, recently bought a home in The Hostess City. Koch earned a 2017 Georgia Association of Broadcasters award and was voted Best Local Radio Personality for the second year in a row in Connect Savannah’s Best of Savannah Awards.

“As much as you can try in life to get comfortable, you can think you got it all figured out—” Kennedy Koch begins.

“—Then life serves you up some shit,” Koch cracks. 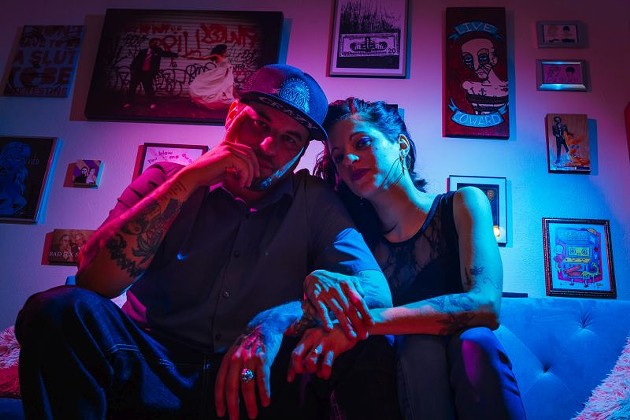 To the surprise of many, including Koch and Kennedy Koch—Koch was let go from Rock 106.1 at the beginning of 2018.

“You buy a house, you have a job, then bam—there you go,” he says. “You still wake up the next morning and you gotta keep going.”

Ever a creative team, Koch and Kennedy Koch wasted no time. As unparalleled hustlers with a dark sense of humor and seemingly indefatigable positive outlook, the couple took the loss as a chance to start over entirely.

“We spent two weeks in panic, thinking we were going to have to move and that our fate was up to other people,” Kennedy Koch shares. “Then we decided we don’t need permission from other people to tell us we can keep doing what we want to do.”

That dawning realization led to the creation of The Kennedy Koch Show, a podcast, radio show, and eventual TV show. The duo just launched a Patreon for the “unfiltered, untimed, uncut” venture.

Ever since he first got involved in radio, Koch has been an agent of change. Rock 106.1 was his first radio job—while booking shows at The Rock House on Tybee, he’d learned about Underexposed, a show highlighting under-the-radar acts.

The half-hour segment was desperately in need of a passionate, in-the-know host—and Koch saw the potential.

“I begged them to let me host that show,” he remembers.

For two years, Koch hosted Underexposed for no pay. Eventually, the station hired him for their promotions team, and Koch became a face of Rock 106.1. Between Night Shift and Underexposed, the DJ was sharing local and regional acts, hyping up concerts from touring acts and hometown heroes, and encouraging listeners to get involved in their community.

Koch’s approach has always had an old-school feel, trademarked by his genuine love and support for the scene. Spinning the FM dial in 2018 is a vastly different experience than it was 20 years ago, and for an anti-corporate community builder with a passion for grassroots efforts and DIY, Koch had to make difficult choices throughout his time on-air.

“I grew up listening to radio in the late ‘80s,” Koch explains. “I trusted my DJs—they showed me new music, they took your phone calls, you saw them in the community. Through the early ‘90s, and even today...somewhere, that broke.”

The 1996 Telecommunications Act, which allowed companies to own more radio stations than ever before, certainly had a hand. Media moguls like Clear Channel spent billions on billions to snap up radio stations across the country (Clear Channel, now iHeartMedia, owned 1,200 stations in 1996—today, they own 850) to homogenous results.

In 2005, Apple released their podcast app for iTunes—and while plenty of giant networks like NPR and BBC jumped on the platform, the format democratized broadcast as a medium. 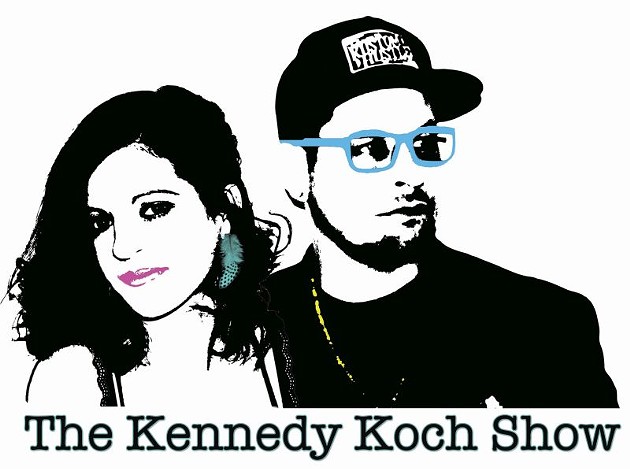 It’s worth noting that, in 2014, Clear Channel changed its name to iHeartMedia, amping up its digital engagement and online presence—right as Pandora and Spotify were becoming the de facto for music discovery. It’s also of note that iHeartMedia filed for bankruptcy just this month.

It’s a dynamic time of change for radio—Savannah experienced it with the arrival of the community station WRUU 107.5, born as a result of the FCC’s 2013 decision to open the airwaves to qualified nonprofits.

Koch’s firing from Rock 106.1 was a jarring experience, but he and Kennedy Koch believe it’s a blessing in disguise and have no hard feelings toward his former employer. In their signature style, they’re blazing forward with a splash of color and a supportive, eager audience.

The Kennedy Koch Show combines the duo’s wicked sense of humor, love of community efforts, and passion for creative endeavors together into one entertaining podcast. In “Childfree By Choice,” the couple will discuss the taboo of choosing to stay childless. They have interviews with comedians, political lawyers, and musicians scheduled. There’s even an episode about alien encounters.

The Kennedy Koch Show also appears on WRUU on Wednesday nights, with Kennedy Koch and Koch spinning local and regional music and talking to interesting folks from all walks of life.

“We’re having fun with it,” Kennedy says. “Especially in the radio room—watching Ryan be able to play whatever he wants instead of having to play what his boss told him. We’ve changed a lot in the last months.”

“I’d gotten comfortable at the radio station,” Koch observes. “It got a little cushy over there. One door closes, another opens.”

“We’ve been just trying to gamble our luck, and the outreach for the show has been amazing,” Kennedy Koch says. “We’ve been here for our community for eight years, and the community has always come back to help us. That’s what makes us want to stay here.”

“We love our community,” Koch adds. “We personally feel like these ventures can keep us here and keep us productive. We’re coming up on ten years here—we’re not born here, but we want to put in a lot of work here.”