The River in the Wall + Grizzly Country

$20 (Free to Veterans with Military ID)

Gone with the Wind

From Here to Eternity

THIS PAST week saw the 2019 SCAD Savannah Film Festival bring scores of buzzworthy, as-yet-unreleased features and short subjects to town for one-show-only screenings.

Some of the higher profile features will soon hit theaters nationwide, and a few of the most mainstream examples will likely appear at our corporate-owned multiplexes (if only for a short run of perhaps one week only).

However, for the majority of the indie and foreign titles included in this year’s SSFF lineup, those one-off showings will surely stand as the only opportunities adventurous film lovers will have to catch them on the big-screen in this area. 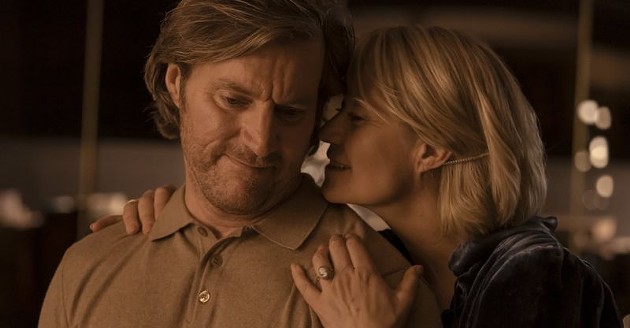 (One notable exception: “Parasite,” the latest thriller from masterful Korean writer-director Bong Joon Ho [“The Host,” “Mother,” “Snowpiercer”], which closed the festival to tremendous audience approval, will screen at the Savannah Cultural Arts Center at 6:30 p.m., Dec. 27, courtesy of the local CinemaSavannah organization.)

I was lucky enough to see some truly memorable examples of exceptional filmmaking at this year’s festival, and if you’re interested on my thoughts on those pictures (and on this year’s festival in general), check out my SSFF round-up article at connectsavannah.com.

The next seven days or so hold plenty of interesting specialty cinema events as well, as is illustrated by the totality of this week’s Film Scene. As always, admission info can be found in the accompanying sidebar.

We start off downtown at the Sentient Bean Coffeehouse, where, on Nov. 6, the award-winning Psychotronic Film Society’s long-running weekly series of underappreciated world cinema continues with the launch of their latest sub-series, entitled “The Greatest Documentaries You Never Saw.”

Every six weeks or so, the PFS will screen a little-known doc that for whatever reason either never enjoyed mainstream success or fell into obscurity, despite being a stellar example of “strange-but-true” filmmaking. The exact title and the subject matter of these “mystery selections” will not be announced in advance, and viewers are encouraged to make a leap of faith, take a chance and buy a ticket, knowing only that they will be treated to a legitimately unique and memorable non-fiction cinematic experience.

What can be told about the first installment is that it was made in the late 1990s, and remained commercially unavailable for well over a decade. It’s both humorous, poignant, disturbing and somehow life-affirming. 8 p.m. showtime.

Never shown publicly outside of Hong Kong, it was released briefly on VHS and Laserdisc, but has never appeared on DVD anywhere in the world. Similar in quality and tone to the “cut-and-paste” Z-grade movies of infamous Hong Kong auteur Godfrey Ho, it’s a baffling and unintentionally funny attempt at supernatural horror.

How baffling? Well, here is the only attempt at describing the plot of the film that can be found online, and which I can only hope is the unfortunate result of being poorly translated from Chinese:

“Fall head circulating in southeast Asia and the curse has a lot of people believe that it does, and had seen, but the film does not explore its authenticity, just to give you the stimulation of faculties, to achieve the effect of entertainment. Ma Wenbiao is Hong Kong sent to nanyang exchange service of detectives, lead to solve kill children’s offerings in god, and killed on the spot the witch, the witch, dying to kill tiger family curse, blood after tiger back to Hong Kong legs suddenly paralysis, medical repeatedly is invalid, ghosts since a series of things happen...”

Can you dig it? 8 p.m. showtime, with plenty of craft beer and organic wine on special during the film. 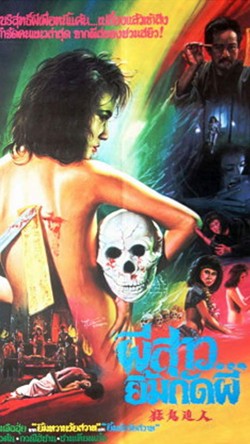 Held inside the way-cool, cavernous industrial environment of the actual brewing facility, this educational, inspirational and entertaining happening is suitable for mature viewers of all-ages, and the $20 general admission (which includes the post-show reception) offsets the cost of allowing all veterans with proper ID into the event for free. Advance tickets can be charged online at mountainfilmsav.org/community-outreach/veterans-day/.

For more info, see my feature on this event in last week’s issue, at connectsavannah.com. A 5:30 p.m. social hour precedes the films, which start at 6:30 p.m.

Which is to say, if you love movies – and I mean really love movies, then you need to see “Casablanca.” And, if you’ve never seen it on the big screen, you deserve to take this opportunity and do so. 7 p.m. showtime, with a drink of your choice (beer, wine, water or soda) included in the ticket price.

The next day, Nov. 8, the Tybee Post begins a short run of the recently-released sci-fi action flick “Gemini Man,” starring Will Smith, Mary Elizabeth Winstead (TV’s “Fargo”), Clive Owen “Croupier”), Benedict Wong (TV’s “The IT Crowd”) and (in a supporting role) Will Smith.

Shot partially in and around Savannah and Coastal Georgia, this $140 million production was heralded as a state-of-the-art showpiece of modern CGI technology – specifically the ability to digitally “de-age” an actor (in this case, Smith) and make him convincingly appear decades younger.

In actuality the film proved to be a massive flop at the box-office, with many reviewers citing a nonsensical storyline and what one critic termed an “alarmingly unconvincing” de-aging effect.

However, it’s said to be a non-stop barrage of over-the-top action sequences that should appeal to many viewers – and there are several area locations (and extras) visible in the final cut of the movie.

Although, be warned: director Ang Lee’s insistence on shooting the film in extreme high-definition at 120 frames-per-second (as opposed to the standard 24 FPS) means that the entire movie takes on an otherworldly visual “slickness” that some find appealing but most find garish, “aesthetically repellant” and fatiguing on the eyes and mind. 7 p.m. showtimes on Nov. 8 and 9, with a 3 p.m. matinee on Nov. 8.

Nov. 8 also sees the return of CinemaSavannah to downtown’s new Cultural Arts Center. That night at 6:30 pm., they’ll present the brand-new Danish drama “Queen of Hearts,” in what the organization is calling a “Non-Theatrical U.S. Premiere” (meaning only a week after this Sundance Film Fest’s Audience Prize winner makes its public U.S. debut in NYC, they have snagged its first domestic screening in a non-traditional venue).

In spoken Danish and Swedish with English subtitles. As there is no parking onsite (there’s limited street parking and a City parking garage a couple blocks away), organizers encourage folks to factor in additional time to find a space.

Nov. 9 finds the AMC 11 multiplex behind the Savannah Mall offering a special presentation of the Metropolitan Opera House’s 2006 production of Puccini’s 1904 tale of betrayal and adultery, “Madama Butterfly,” starring the acclaimed soprano Kristine Opolais as the doomed Madame herself.

This stunning version was produced by Oscar-winning British stage and film director Anthony Minghella (“The English Patient”), and shot in high-def digital video and audio for stunning clarity. It runs just over three hours in length and is in spoken Italian, with English subtitles. Showtimes are 12:55 p.m. Nov.9 and 6:30 p.m. Nov. 13.

Heading out to the Effingham Co. city of Springfield, Ga., their restored, historic Mars Theatre (similar in capacity and scope to the Tybee Post) celebrates the 80th Anniversary of the release of director Victor Fleming’s legendary romantic drama “Gone with the Wind.” The story of Scarlett O’Hara (a determined and forceful female plantation owner in Civil War-era Georgia) and her fitful relationship with the brash and dynamic Rhett Butler against the tumultuous backdrop of wartime, it set a record at the time for Oscar nominations and wins, taking home eight awards including Best Picture, Best Actress, Best Supporting Actress, Best Director, Best Screenplay, Best Cinematography, Best Interior Decoration and Best Editing.

Despite the accolades heaped upon the film, to this day there remains controversy surrounding the depiction of “Old South” mores, particularly in regards to the harsh realities of Plantation-style slavery and a distasteful perspective on forced intercourse between married couples.

Including an intermission, this film runs darn near four hours in length, so think twice before bringing small kids to this one. 3 p.m showtime.

And on Nov. 11, the Lucas Theatre marks Veterans Day with a showing of another bona fide classic (what is it with this week?), 1953’s eight-time Oscar-winner “From Here to Eternity,” with three of the country’s best male actors of their generation –Burt Lancaster, Montgomery Clift, and Frank Sinatra– portraying Army soldiers stationed at Hawaii prior to and during Japan’s attack on Pearl Harbor.

The script of the film, whose multifaceted plot balances elements of adultery and male rivalry was actually toned down significantly from the source novel, in that a number of references to homosexuality had to be removed in order for the U.S. military (which at the time officially denied such behavior existed whatsoever within its ranks) to grant the access to locations and equipment the filmmakers needed in order to make their movie.

Still, the final product carries an emotional wallop, and, when adjusted for inflation, its box-office receipts would have totaled nearly $300 million in today’s currency. The ancillary cast is packed with talent, including Donna Reed, Ernest Borgnine, Jack Warden, Deborah Kerr, George Reeves and Claude Akins. The picture has held up remarkably well. 7 p.m. showtime.