Editor's Note: This will be Jeff's last column with us for awhile, as he has announced he is running for Georgia State District 164.

WOULD YOU believe me if I told you that the thing politicians fear the most is if you and I talk about issues and create solutions on our own?

A positive outcome means we don’t need the politician. The two-party system thrives on crisis.

Since I was 18, until 2006, I wore the label Republican on my sleeve. I drank the Kool-Aid, took the pledge, and when I got elected, not only did I deliver on the promises to bring about tax reform and to not increase taxes, but I embraced the concept that we were to serve all people.

Oddly, the ones who first stepped up to help in tax reform were all Democrats. Had it not been for Roy Barnes listening to Linda Harrill concerning the lack of uniformity in Chatham County, he would have never ordered a Performance Review of work done by the Board of Assessors.

If State Rep. Regina Thomas had not crossed the aisle and gave the property tax freeze issue consideration, it would have died at the state level. If people like Miriam Center hadn’t pounded the public pulpit about the need for change, many might not have listened.

While Republicans carried the idea to the finish line, it was the Democrats who were equal partners in making it happen.

Fast forward to our hyper-sensitive political climate, and we have issues which demand attention like affordable housing, homelessness, fairness in taxation, transportation and zoning. Who is reaching across the divide to make things happen?

Republicans and Democrats have chosen to hurl hurtful names back and forth like on some grown-up playground. Looking back on past writings from 2000-2007, I can see that I am, too, guilty of the same misguided rhetoric.

It has to stop. Let me start by saying I am sorry. We don’t know what tomorrow brings, but we can chart a course for change by working together.

There are 1000 children in our public schools who are homeless. Let that sink in. A casino will not solve that.

I’ll bet there are adults 19-28 still living with their mom and dad because they can’t afford rent or the down payment to buy their own home because houses are too expensive. Throwing the gauntlet down on First Amendment rights of reporters will not solve that problem, nor will partisan fighting.

As the county grows, failing to implement impact fees so we can pay for better infrastructure which includes water, electric, gas, fiber optic, sewer and roads will lead to a logistical nightmare for our future. Taking away planning and zoning capabilities from local governments by empowering state government would be disastrous.

Social change demands that you think differently. It also asks you to take risks.

Actions like these come with a cost. Are you willing to sacrifice relationships and associations to do the right thing?  Are you able to see the greater good?

If we want to get involved politically for certain offices, we have to choose sides. Because of ridiculous ballot access laws in Georgia, we are forced to choose Republican or Democrat.

I use my eyes to pay attention to who is making a difference. When I joined Linda Wilder Bryan and others to pick garbage up under the Truman Parkway Bridge, I experienced commitment.

When I saw her on Facebook Live bringing food, gas, LP and other items to the homeless, I saw a light.

When I saw the churches on the Eastside collecting food and blankets, I saw neighborly love.

When I saw churches downtown providing housing and providing for the poor sacrificially, I saw grace.

A party I once believed in got caught playing with Jack Abramoff, the casino lobbyist (sound familiar?), and whether it is on the Federal or State level, you see some party leaders on both sides lining their pockets.

It is a sad state of affairs. They keep us mad at each other so we won’t notice. So, if I walk across the aisle to work with Democrats, it simply means I had to make a choice.

Within each party, I am convinced there are a hard-working group of people that believe in God, seek truth in policy and legislation, and they want to know their representative has got their back.

We can achieve that without name calling and suspicious minds. We need to leave our affiliations at the door, roll our sleeves up and think about those that need our help.

That is the real America. Service above self. Let’s get started. 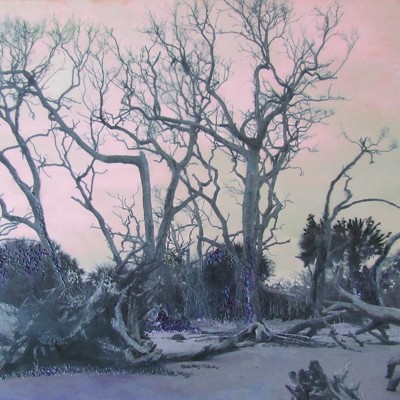 More »
More Outside the Box »
All News & Opinion »
Comments (1)
Add a comment
Subscribe to this thread:
By Email