Celebrate indie business and music with some major retail therapy

Record Store Day, the occasion when vinyl collectors rush their local music shops in search of limited edition treasures, is upon us once more. In lieu of Black Friday roughhousing—wouldn’t want to shatter a jackalope antler at Graveface or crack a KISS bobble head at Rody’s—lies friendly competition and communing between musically-minded Savannahians.

Best of all, Record Store Day, which was created in 2007 by a group of independent record store owners, literally exists to support small, local businesses and communities. It’s a way to celebrate the way music brings folks together through special events, rare picks, and killer sales.

Among the pickers at this year’s participating locations, you’re sure to rub elbows with Savannah’s listening elite: the DJs of WRUU 107.5, Savannah Soundings Community Radio. We asked the station’s spinners to share their top RSD 2018 picks. 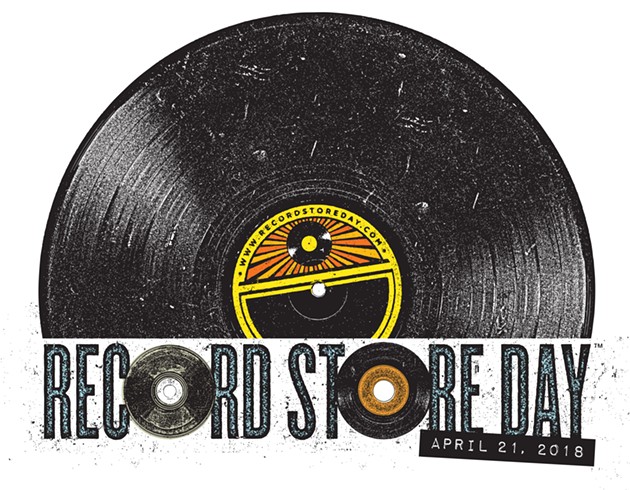 Record Store Day 2018 will spin you right round.

Keith, who interviews local musicians about the songs that inspired them, selects a must-have for collectors. Fans of both legends will love hearing The Dead back Dylan on their legendary 1987 tour.

Tom’s ready to hear the disc of Blue Oyster Cult rarities dating from 1975-1988. Those who scoop it up will also get a “golden ticket” photo autographed by the band’s own Eric Bloom and Buck Dharma.

Fans of the classic skateboard movie get to hear the iconic soundtrack on vinyl for the very first time.

“Impeach The President”/ “The Monkey That Became a President,” The Honeydrippers/Brotherhood

“I’ve played this track on my show a couple of times already,” Ian says. “I’m especially tickled to see what Tuff City has decided to do with the cover of this repress (originally a 1973 release). They clearly aren’t pulling any punches, and I love it.”

Live At Grimey’s, The Lone Bellow

Dave’s picks also include The Fear by The Shins V. Los Lobos, Rubberband by Miles Davis, and The Weight of History + Only Once Away My Son by Brian Eno with Kevin Shields.

Girls In The Garage Vol. 2 and 3, Various Artists

“This year is MC5’s celebration of 50 years since they first started kicking out the jams, and guitarist Wayne Kramer is touring with a band called The MC50 to celebrate,” says Big Tex. “I’m excited to add these two pieces of Detroit proto-punk history to my vinyl collection!”

“I Can Only Give You Everything”/“I Just Don’t Know,” MC5

WRUU DJs are going to be neck-and-neck for MC5’s RSD releases! Ryan, a Detroit native, shows off some hometown pride with his selection.

“It’s a criminally underrated record with unique quirks that make it a cult classic with a vibrant history,” says Max. “It has a timelessly erratic soul that we will never see the likes of again.”

“Since I am a huge Sun Ra fan, I always look forward to seeing releases by Sun Ra,” says Larry, who recommends every Sun Ra release on Record Store Day’s official list (there are six total!). “I am glad to see the current Sun Ra revival taking hold, as he did not get his due while he was alive.”

P A I N, Tennis System

“I saw these guys play at Graveface Records & Curiosities awhile back and they really blew me away,” says WRUU resident indie rock guru Jon Rushing. “I really enjoy the noise and fuzz Tennis System was able to produce and was stoked to hear about this release. Knowing Graveface, it should be a pretty-looking disk as well!” An avid Beat Happening/Calvin Johnson fan, Jon’s also planning on snagging Mac DeMarco and Shamir’s ‘Beat Happening Covers’ 7”.

Rody’s Records will open at 8 a.m. and plans to have plenty of RSD inventory and special RSD promotional gifts for early bird shoppers.

Graveface Records & Curiosities opens at 9 a.m. and will have practically every RSD release. Tables will be set up outside the store at 8 a.m. stocked with used LPs that shopkeeper Ryan Graveface has been saving especially for April 21. Peruse while you wait for the doors to open. At noon, a series of one-hour flash sales will begin that will only be announced via Graveface’s Record Store Day event page on Facebook. Starting at 2 p.m., live music will fill the shop with sets from Skippy Spiral, Rude Dude & The Creek Freaks, and more.