Millions of Americans who don’t usually follow soccer tuned in to watch the U.S. women’s team come this close to winning the World Cup.

While our side lost to Japan, the takeaway for many people was that women’s soccer is every bit as competitive and engaging as the men’s game.

Unlike some sports, such as basketball, where men simply have more raw physical ability than women, in soccer there’s not that much difference in the level of play between genders.

“Plus, women’s soccer in this country is actually more developed than in most countries,” he says. “You could argue that soccer is the premier woman’s sport in America as far as participation. Unlike other countries, our best female athletes are pretty much playing soccer now.”

Faulconer, who founded women’s soccer at AASU in 2005 and has been head coach ever since, recently took his team all the way to the NCAA Final Four before losing to St. Rose 2–0 on Dec. 1, 2011.

Soccer is a game of lightning strikes, where not much happens for a long time and then a whole lot happens within the space of a few seconds.

That said, the success story of Armstrong Atlantic State University women’s soccer has been one of steady, inexorable progress.

“So the past was a process of getting better every year. Our goal, much like the AASU tennis program, is to chase a national championship. We hope to be in this realm every year. ”

What’s the secret of his success? Unlike individual sports like tennis, or small–squad sports like basketball, having one or two awesome athletes is not enough to guarantee victory. And the typically stifling nature of defensive play in soccer means there’s even more of an emphasis on team play.

“I’d say our biggest advantage is we have so much chemistry. We really stay cohesive from year to year,” he says. “Our players are getting older but there’s not a lot of turnover in our program. Our freshmen come in and just continue to get better.”

That said, Faulconer does allow that the AASU squad plays a robustly physical game.

“We’re very athletic. We use the same 4–3–3 system Barcelona does,” he says, referring to the Spanish professional team generally considered the overall best — or at least most fun to watch — in the world.

“We’re also very possession–oriented like Barcelona, but we really like to press on defense and really use our athleticism.”

Perhaps counterintuitively, Faulconer says another advantage for AASU is that it doesn’t compete at the very highest level of collegiate play.

“Even though we’re a Division II school, our teams play at a Division I level,” he says. “That allows us to chase championships instead of just being there, hanging around.”

Faulconer says AASU women’s soccer has a sizeable local following, and not just among Armstrong students.

“One big reason we have such a big local following is we have five Savannah players on the team,” he says. “Our captain is from Savannah. We do quite well in attendance because so many people know our players from high school and youth soccer.”

The Pirate soccer season runs from August–December, with most home games through November.

“Come out and watch!” urges their coach. — JM

What to expect when you’re expecting? The need for some nice nurturing before the baby comes — and after, too.

That’s why when Ginger Veitinger first became certified as a massage therapist, she had pregnant women in mind.

“The intent behind prenatal massage is to improve the gestational process not just for mom, but for the baby,” explains the mother of two, adding that intentional touch has been proven to have a positive effect on hormone levels. It also reduces the swelling and back pain associated with growing a human inside one’s body.

Taking care to avoid certain pressure points and employing a variety of pillows and bolsters, she’s able to modify massage positions as her clients’ bellies grow, seeing them safely from the first trimester all the way through labor, delivery and beyond.

While Veitinger treats plenty of non–pregnant women and men (she has a reputation for being a genius with neck and shoulder tweaks,) she has developed her practice around treating women for the entire childbirth year, which includes the three months after the baby is born. Post–partum care at Bump includes a posture evaluation and techniques on how to carry the new arrival without causing imbalances.

“The body needs time to recover after birth,” she says. “It’s a missed part of our health care system.”

Veitinger believes in the natural ability of woman’s body to have a healthy baby without unnecessary interventions. A fount of information about natural childbirth, she plans to pursue a midwifery certification in the near future.

“I believe in women, and I’m passionate about them knowing their options.” — JLL

There’s a sign above Bradley Lock & Key on State Street that says “We Fix Everything But a Broken Heart,” hearkening back to the days when Dr. Paul Bradley’s father, grandfather and great–grandfather tinkered with Savannah’s shorted–out appliances.

Had he gone into the family business, Dr. Bradley would have been a fourth–generation locksmith. Instead, he says he was called to medicine “from day one.”

“Now they joke that I’m the one who fixes hearts,” he chuckles.

As a general practitioner, he sees patients from all walks of life with a variety of health issues, including heart disease and diabetes. But in the last decade, he realized that 15–minute visits weren’t enough to counsel people on the one condition that makes everything worse: Obesity.

“After we ran the tests, wrote prescriptions and made a referral, there wasn’t enough time for a lecture on diet and exercise, which is what they needed most,” says Dr. Bradley. “You can manage diabetes with multiple drugs, or you can cure it with diet. It costs a lot less to cure it.”

Wanting to provide education and care for his patients, he opened Ourlife (formerly Hourglass), a weight loss and exercise facility where he and other doctors could refer their patients to and know it was based in sound medicine. He’s developed employee–wide health programming for the City of Savannah, Gulfstream and local hospitals and gained national fame as Ruby Gettinger’s weight loss specialist on her hit TV show.

He still finds time to see patients in the office, though appointments are often booked months in advance. The good doctor attributes his popularity to a simple philosophy: “I treat everyone like I want to be treated.” — JLL

Once again, Kelly Boyd and her cadre of kind instructors take the top spot with their wisdom on flexibility, strength and meditation in the sunny Bull St. location.

Carol Daly-Wilder will work your core on the mat or on one the various pulleys, reformers and chair set up to strengthen and stretch the spine.

Runner Up: Pilates of Savannah

Whether you're a Zumba fanatic or just want to hit the weights, your neighborhood Y is the place to work that body.

Best Physical Therapist
Dr. Ian Young
Spine & Sport's secret weapon continues his reign as the go-to guy for rehab after surgery or to rid yourself of that crick in your neck.

The Strong Gym owner and exercise physiologist has a sterling reputation for building strength without making anyone cry. The Savannah native also specializes in senior fitness, post-therapy rehab and cancer support.

Get your ‘scrips filled by the friendly folks at CVS while picking up a bevy of other drugstore necessities, like sunscreen, earplugs and Junior Mints.

The comprehensive clinic offers everything from allergy care to physical therapy at seven locations across south Georgia, even on the weekends.

Everyone knows that behind any decent doctor is a crew of knowledgeable, compassionate nurses who do all the dirty work.

When it comes to lady parts, Dr. Edwards has a fine reputation for kind and straight-forward care.

This Certified Nurse Midwife assists in natural deliveries of babies (even at home or underwater!) as well as provides breastfeeding support.

Dr. Tao knows how to stick in the needles, using Chinese medicine to bring his patients' bodies back into balance.

Another win for Dr. Wetherington, who keeps backs and necks straight at his practice on Waters Avenue.

How can you go wrong with a name like that? Your pearly whites are in the finest hands with this native Savannahian who's been practicing for over 25 years.

Clarity is the aim of Boland Eye Center on Montgomery Cross Road, where this friendly opthalmologist brings his patients' vision into focus.

Most of us can use some therapy at some point, and this downtown practice is our readers' choice for marriage, family and personal counseling.

Last year's winner continues to make the grade with his careful attention to facial and body reconstruction.

Pets get star treatment, including dental care and diet counseling, at this full-service clinic in the Starland District.

It's still the good ol' days on Bull Street, where Juan, Gary and the gang clip and shore their customers in the most gentlemanly manner.

The sassy crew on Broughton Street takes the title once more with their up-to-the-minute cuts and kickin' style.

Put a little flash in that ‘do with the superfly and extremely-educated Colorboxx owner.

The bucolic downtown refuge offers pampering from follicle to toes with traditional and organic spa treatments.

A perfect sun-kissed glow is available all year long at two clean and relaxing locations in Savannah and Statesboro.

Runner Up: Body Bronzing by Barbara

Chris and Brooke Autry continue to up the ante for fine ink at their happening Victory Drive location.

Seasoned pros and weekend warriors suit up in style on Broughton.

The Club at Savannah Harbor

With gorgeous views and a top-notch pro shop, this championship course across the river is a favorite no matter what the handicap.

It's nothing but love-love for the city-run, taxpayer-funded hard courts just off Skidaway.

The gigantic fun factory in Pooler knocks down the competition with 28 lanes, plus laser tag and a kickin' video arcade.

The living stays easy on Turner's Creek, where boaters can find everything they need for a day out on the water.

Runner Up: Isle of Hope

From jogging the perimeter to climbing the monkey bars to picnicking in the sun, Savannah's long green common area remains your go-to spot for outdoor fun.

Whether you follow the 1-mile Sandpiper Nature Trail or brave the 3-mile Big Ferry Loop through the marshes and live oaks, this is the place to spot local wildlife.

The boys in gray do us proud every season as they take on the rest of their Sally League competition at historic Grayson Stadium and on the road.

This bruising posse of wheeled dervishes continues to rock the Civic Center with their high-scoring jams and tenacious badassery.

Best Sports Event of the Year

Seems like the inaugural event had the whole city running in the streets and on part of the Truman Parkway; now we see those 26.2 and 13.1 stickers everywhere. The next one is November 3: Have you started training yet?

The professional golfer got his debut at the Players Championship last week after another player tweaked his back. He lives in Sea Island. 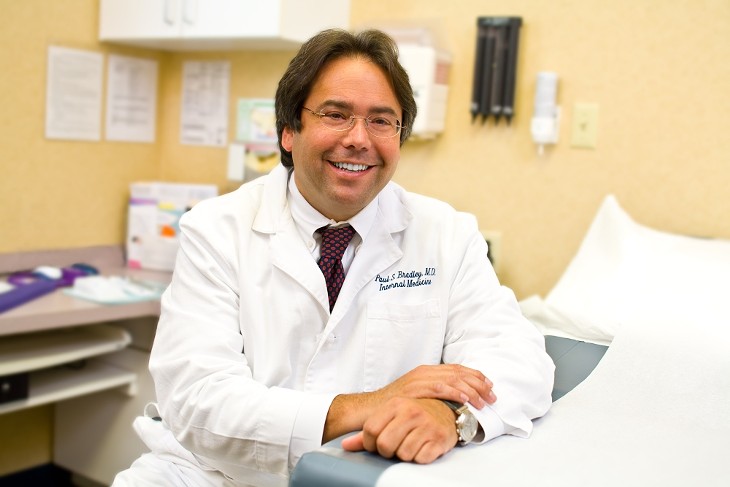