ON July 26, 2012, Matt Kohler was riding his bicycle near Bloomingdale when he was struck and killed by a motorist. Since then, 127 people have been killed while riding bicycles in Georgia and thousands of others injured.

The seventh annual Matt’s Moon River Cruise event, which aims to celebrate Kohler’s life and elevate the importance of safer streets, is scheduled for Saturday, May 4 at PERC Coffee Roasters, 1802 E. Broad St. 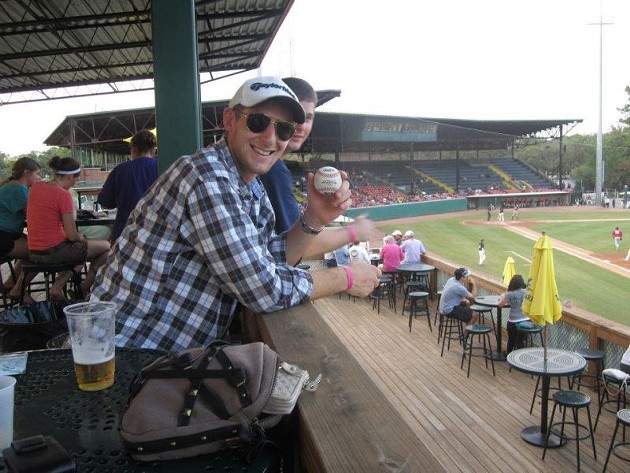 Encounters with aggressive drivers are a reality for people who regularly ride bikes for transportation and recreation, so the results of an Australian university study released last month perhaps won’t surprise them.

“Cycling provides many benefits to individuals and society, yet in many countries attitudes toward cyclists are largely negative,” the study’s authors reported. “Hostile attitudes and behaviors are caused, in part, by the dehumanization of cyclists among some individuals.” They concluded, “If we can put a human face to cyclists, we may improve attitudes and reduce aggression directed at on-road cyclists. This could result in a reduction in cyclist road trauma or an increase in public acceptance cyclists as legitimate road users.”

“Motor vehicle drivers should remember that people who ride bikes are their friends, their neighbors, their teachers, their doctors, their service industry workers, their family, their community,” she said. “Most importantly, they are people who deserve to be able to get where they are going with safety and dignity.”

Brown said, “An action taken by a driver who has dehumanized people on bikes — whether it’s making a right turn without looking or purposely passing with less than three feet — can mean the difference between a person arriving at their destination safely or being loaded into an ambulance.”

Georgia state law requires a driver to leave not less than three feet when passing or following someone riding a bike. Although the law has been on the books since 2011, it is still not widely known among many drivers in the state.

In addition to outright aggression toward people who ride bikes and ignorance of the three-foot passing law aimed to protect them, Brown said drivers underestimate the potential impact of their choices.

“Every day drivers make decisions, such as distracted driving, speeding, parking in a bike lane, or rolling into a crosswalk, that they think isn’t a huge deal,” she said. “But what may not be a big deal to you could make all the difference to the life of a vulnerable road user.”

A 2017 study by AAA found 87 percent of drivers engage in unsafe behaviors while behind the wheel, with 45 percent reporting going 10 mph over the speed limit on a residential street in the past 30 days, and 11 percent admitting doing so “fairly often or regularly.”

While driving 10 mph over the speed limit sound insignificant, when it comes to pedestrian mortality rates, the consequences are staggering. Only 5 percent of people struck by cars travelling at 20 mph will die. Raise the vehicle speed to 30 mph and the fatality rate climbs to 37-45 percent.

Driving 40 mph on streets with 30 mph speed limits is not uncommon in Savannah, but for people who are hit, survival is rare. Some 85 percent will die.

While these statistics are grim, Brown is hopeful that things are changing for the better.

“There are so many promising opportunities on the horizon. Facilities like protected bike lanes and separated paths are becoming more commonplace across the United States, and I’m excited to see these come to Savannah,” she said. “We have an amazing opportunity through the proposed Tide to Town urban trail system to create safe, protected places for people to walk, bike and roll.”

And, she said, Tide to Town could be expanded into a county-wide bicycle network that would provide safe transportation options, along with recreational opportunities. Surveys conducted by the City of Savannah, Chatham County, and the Coastal Region Metropolitan Planning Organization all confirm high demand for these types of facilities.

“Ultimately, biking has become more of an accepted and wanted mode of travel. The more people ride, and the more that cities like Savannah create safer places to ride, the safer people on bikes — and everyone else — will be,” Brown said.