The Accomplices, The Train Wrecks, and Soap keep tradition alive

Tickets $15 in advance (thetrainwrecksband.com), $20 at door

EVERY DECEMBER, hundreds of Savannah residents shine up their cowboy boots, don their cushiest Santa hats, and mosey over to the American Legion ballroom for fellowship and the Lowcountry's best Americana acts.

While The Accomplices and Train Wrecks’ annual Homegrown Holiday Hoedown almost didn’t happen this year, it’s back, better than ever, and continues to grow as one of Savannah’s favorite Christmas traditions.

A simple concept struck four years ago: The Accomplices and Train Wrecks on one bill. The American Legion as a cool alternative to typical bar and restaurant venues. 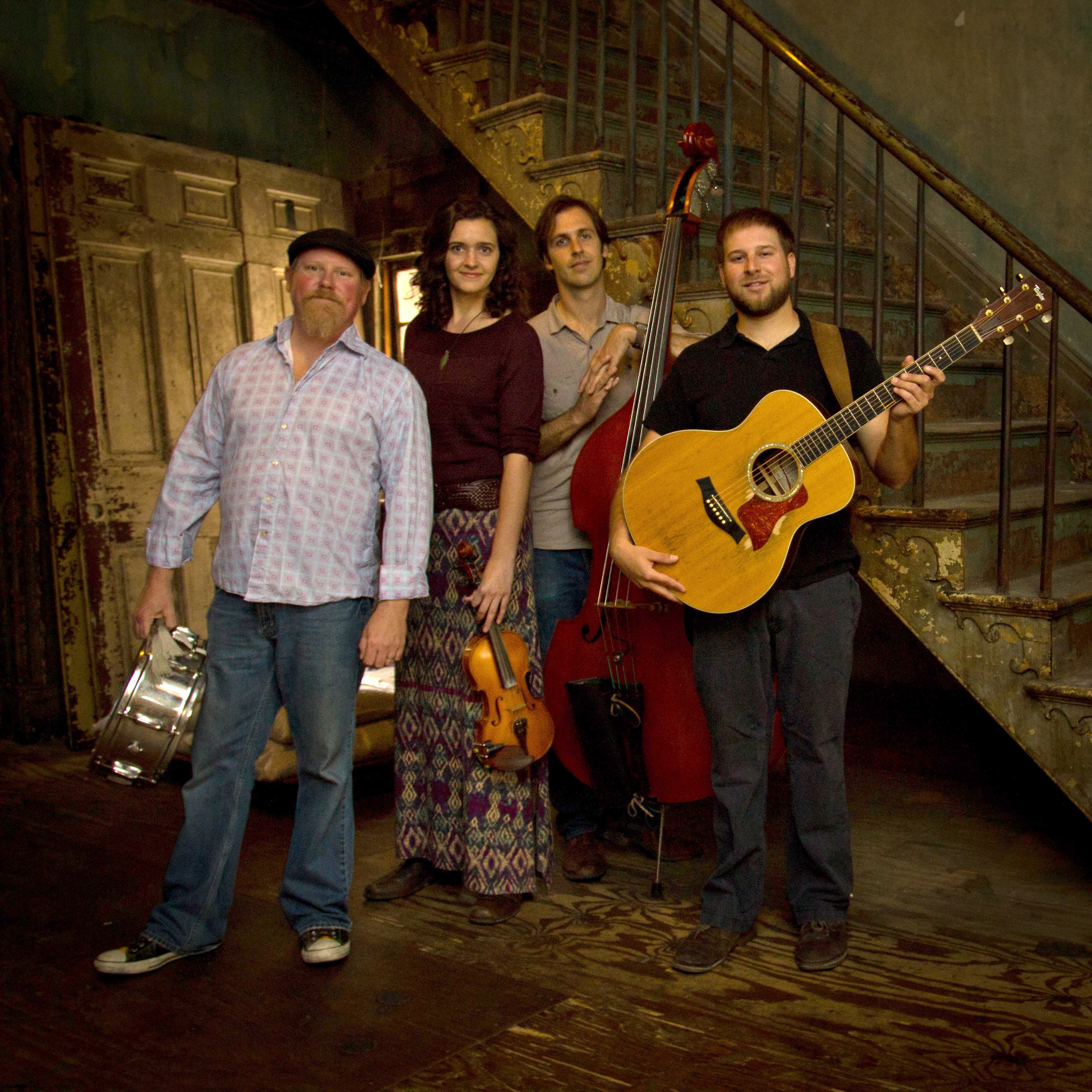 The Accomplices cite the first Hoedown as key in building their following.

“Eric Dunn [of The Train Wrecks] said to me, ‘we need to host a show,’” Zach Smith of The Accomplices explains. “It just so happened we started thinking about it before the holidays. We said, ‘Why don’t we call it the Homegrown Holiday Hoedown?’”

The catchy name (abbreviated to Ho Ho Ho—see what they did there?) says it all.

“It’s a local event, there’s going to be bands that are from around here, and it’s a hoedown,” Smith elaborates. “That kind of insinuates that it’s a certain kind of music, but also it’s just a fun event.”

The first year, which featured The Accomplices, The Train Wrecks, and Niche, was a huge (and admittedly kind of disorganized) undertaking, but that didn’t matter.

“We almost sold out that first year,” Smith remembers.

The bond between the ‘Wrecks and Accomplices goes all the way back to the very formation of The Accomplices. Smith, a Savannah native, moved home, met songwriter Matt Eckstine through Dunn, and the two began playing together. Fiddle player Colleen Heine and drummer Stan Ray progressively joined. A fantastic double bill—The Accomplices lean toward a more traditional, acoustic blend of bluegrass and Americana, and The Train Wrecks specialize in a raucous take on alt-country—the two bands are frequent collaborators.

They most recently partnered up for the hugely successful Life is a Carnival: A Tribute to The Band, right before Thanksgiving. Being so close to the usual Hoedown time of year, there was speculation as to whether the highly-anticipated event would happen in 2014.

“We thought about not doing it this year because we were so worn out from Life is a Carnival,” Smith shares.

Though the Lucas performance was a huge hit that’s still got the town talking, fans were looking forward to the festive fete at the Legion.

“We’re trying to make it an annual thing, and people would be disappointed if we didn’t do it,” says Smith.

With a great team of friends and fans, sponsors, and the drive to keep the tradition alive, the show was on, with the awesome ensemble Soap as the year’s special guest.

“We thought: we know what the formula is, we know what needs to be done,” Smith says. “Now it’s just executing it.”

Plus, the first Homegrown Holiday Hoedown was a milestone for The Accomplices in their early days as a band; it was key in building up their ferocious loyal following.

“The cool thing is, that was the biggest show I think we’d ever played, every hosted,” Smith reflects. “When you have 300 people there, it ups the stake. We all invested so much—we sold all those tickets, had all our family and friends there—the pressure was on for putting on a good, quality show and making it big and grand. We learned from that and upped the ante. We knew we had to top what we’d done before.”

“I feel like we owe ourselves, and music fans, and people who have gone to the Hoedown every year, a better show,” adds Eckstine.

As a result, the Hoedown is more than just a concert in a nice room; it’s an entire experience, with food, provided by North Beach Bar & Grill, drink (cash bar), and giving back via Toys for Tots (bring a new, unwrapped toy with you). Last year, Santa paid a visit, and attendees crammed in a photo booth for take-home pictures.

While the bands wear multiple hats in the whole operation, their number-one priority is delivering a top-notch performance.

“Playing these big shows, it ups the stakes,” says Smith. “You work your butt off to promote, get it together, organize it. Why work this hard to put something together that we’re not going to do our best performance for as well? We don’t want to let those people down. We what to give them a great show and experience. We are learning through this. We’re hoping to make it better and better, and put on a great show.”

Every event concludes with a “thunderjam,” an Accomplices tradition in which all of the evening’s performers join them onstage for one or several sendoff songs. The Holiday Hoedown, of course, calls for Christmas tunes.

“It’s going to be special, and a good way to walk out on the night,” Eckstine hints with a grin.

Make sure to swing by the merch table to pick up a free download card of The Accomplices’ new live album, Live at Isis Music Hall. It’s a crystal-clear capture of the lighthearted fun of their performances.

Above all, Eckstine and Smith praise the community-building that happens at the Hoedown.

“We as The Accomplices couldn’t necessarily throw an event like this on our own,” says Smith. “Too often, bands want to be the best, and you have to learn to work with people and share the load. It’s such an undertaking to put on a show like this. You can make a bigger production if you work together.”

“This day and age, you can’t wait around for someone to plug you or throw you in those situations,” Eckstine adds. “We just had to all rise to the occasion and make venues out of empty rooms.”

“It’s getting stronger, better,” concludes Eckstine. “I would love more than anything if it continues to grow and becomes a staple. Even if these bands aren’t around in 10 years or something like that, if that show still somehow had a torch, that would be the coolest thing.”

The Train Wrecks @The Jinx