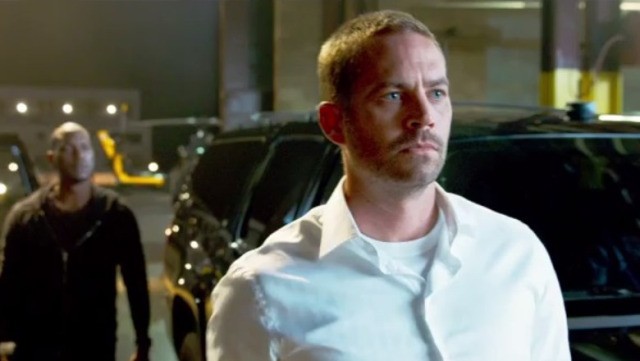 Most film series have the good sense to end after two or three pictures, when the money’s been made and the franchise can’t really go any further. Those tentpoles that tempt fate, however, and expand beyond their expiration dates invariably result in debacles of the highest degree, abysmal efforts like A Good Day to Die Hard and Jaws: The Revenge.

But then there’s the curious case of the Fast and the Furious flicks. After an OK first entry and three sequels that were basically running on empty, the franchise came roaring back with 2011’s Fast Five, which proved to be the best in the series. (Go figure.)

The next picture, 2013’s Fast & Furious 6, was almost as good, and now we have Furious 7, which rests just below that one on the totem pole. I suspect any more additions to this franchise might be pushing it, veering the series back to the days of (ugh) 2 Fast 2 Furious.

But for now, let’s just marvel at how much mileage the studio has gotten out of what’s basically 1950s-style “B” programmers supercharged for contemporary audiences.

Previously on F&F: The tag at the end of Part 6 found a dapper British chap played by Jason Statham killing one of the members of the DIY family lorded over by Dom Toretto (Vin Diesel). The assassin is Deckard Shaw, brother to the villain vanquished by the speed racers in the last installment. Deckard is out for revenge, meaning no one is safe – not Dom, not Letty (Michelle Rodriguez), not married-with-child couple Brian (Paul Walker) and Mia (Jordana Brewster), and not federal agent Luke Hobbs (Dwayne Johnson).

After Deckard places one of the gang in the hospital with severe injuries, the rest reunite with Roman (Tyrese Gibson) and Tej (Ludacris), not only to protect one another but also to carry out an assignment at the request of a shadowy agent (Kurt Russell) who assures Dom he can help him nail Deckard.

When Walker was tragically killed in a car crash halfway through production, the decision was made to complete the film rather than scrap it. To achieve that result, director James Wan and his crew employed a mix of body doubles (primarily Walker’s two brothers) and CGI to fill in any gaps, and it turns out to be a seamless job.

Between these efforts as well as a touching “For Paul” coda, the film truly pays respectful tribute to the young actor. But through no fault of the filmmakers, the picture does provide some uneasy moments, as Walker’s character of Brian O’Conner repeatedly finds himself in do-or-die situations.

It’s at these instances that a queasiness overtakes the adrenaline-pumping excitement – “Oh, will this be the way his character is written out of the series?” – and this thought can’t help but puncture the make-believe fantasy with a tragic air of reality.

For the most part, though, Furious 7 is fast enough not to allow such oppressive ponderings to linger. There are a pair of smashing set-pieces on display, including a daft but rousing bit involving one car and three buildings.

And there are enough locale switches to rival those found in a James Bond outing, and these allow the auto-action to unfurl in interesting and unique ways (even if the idea of dropping vehicles from a plane was handled in a more exciting fashion in the ill-fated film version of The A-Team).

Unfortunately, the picture can’t maintain its momentum until the end, and the final skirmish, set on nocturnal city streets, is a letdown and ultimately feels like leftover footage from The Dark Knight. The various new characters aren’t especially interesting – not even Statham’s Deckard Shaw, despite a killer (pun intended) intro scene set in a hospital – and the sorts of savory plot twists present in the previous two pictures are nowhere to be found, having been replaced with Days of Our Lives-style domestic drama.

At 140 minutes, this is the longest film in the series, and a bit of judicious trimming would not have been unwelcome.

But why carp? Diehard fans will doubtless drool over every second, and more power to them for getting their money’s worth and then some. More casual viewers, however, might feel that this star vehicle spends a little too much time idling when it should be kicking into high gear.

Furious 7 is not showing in any theaters in the area.