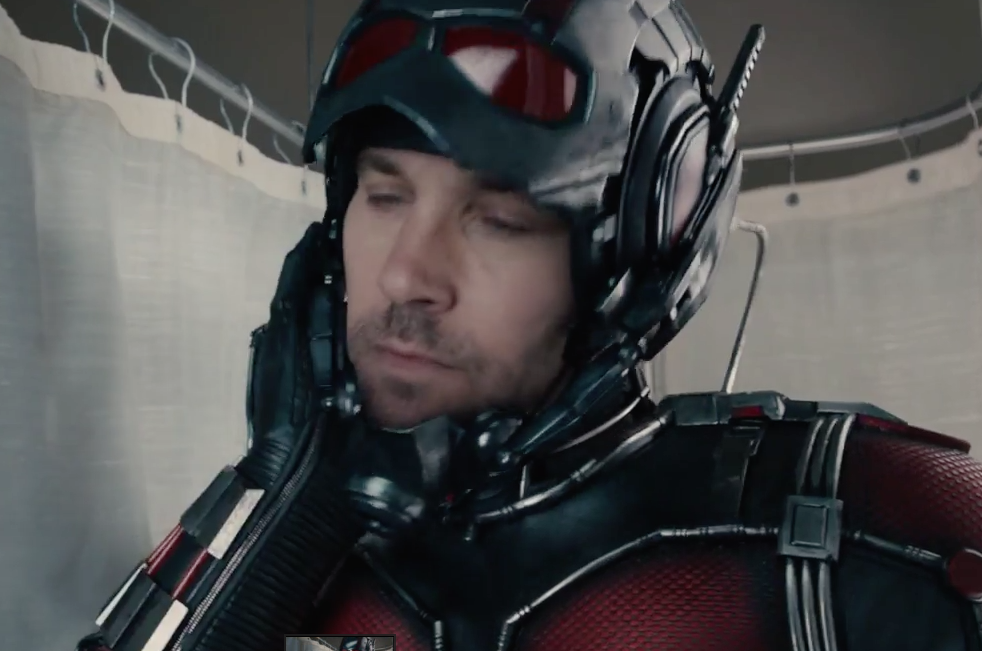 After the overkill of Avengers: Age of Ultron, it’s nice to see Marvel return to a comparatively small-scale effort – in more ways than one.

The diminutive superhero at the center of Ant-Man may not be a marquee name among the masses, but he’s enjoyed a lengthy career in comic form. Created by Stan Lee and co. in 1962, Ant-Man was the alter ego of scientist Hank Pym -- a founding member of the Avengers, he was also responsible for accidentally creating the villainous robot Ultron (obviously, the films stray dramatically from the inked page).

Others later donned the Ant-Man suit, most notably Scott Lang beginning in the late 1970s. This screen version neatly folds these threads together by positing Pym (Michael Douglas) as an older man no longer able to suit up and Lang (Paul Rudd) as the younger guy he chooses to succeed him.

Pym’s recruitment of Lang is charged with urgency, as he needs someone to assist him in stopping his former protégée, the ruthless Darren Cross (Corey Stoll), from discovering the formula, the so-called “Pym particle” that allows a man to shrink to insect size, and selling it to the highest-bidding evildoers.

What allows Ant-Man to flourish is that it largely turns its back on the solemnity and self-importance that occasionally hamper Marvel features and instead traffics in the same sort of freewheeling frivolity seen in last summer’s smash, Guardians of the Galaxy.

For that, thank the four screenwriters – Shaun of the Dead’s Edgar Wright (who was the initial director until the usual “creative differences” forced him out), Attack the Block’s Joe Cornish, Funny or Die’s Adam McKay and Rudd himself – and their ability to include witticisms both verbal (“tales to astonish” is there for the comic fans) and visual (love the bug zapper, and is that oversized toy with the happy face a nod to Ghostbusters?).

Rudd and a scene-stealing Michael Pena (as Lang’s ex-con buddy) further contribute to the gee-whiz spirit, with Douglas and Evangeline Lilly (as Pym’s daughter) staking out most of the dramatic content.

As for the effects, they’re generally excellent, particularly in a bravura inner-space sequence that hearkens back to the 1957 classic The Incredible Shrinking Man. Ironically, only the ants fail to convince. Granted, they’re not laughable creations on the order of the insects seen in the ‘70s shlock flick Empire of the Ants, but they’re fake enough to bug all but the most forgiving of Marvel devotees.

Ant-Man and Ant-Man in Disney Digital 3D are not showing in any theaters in the area.